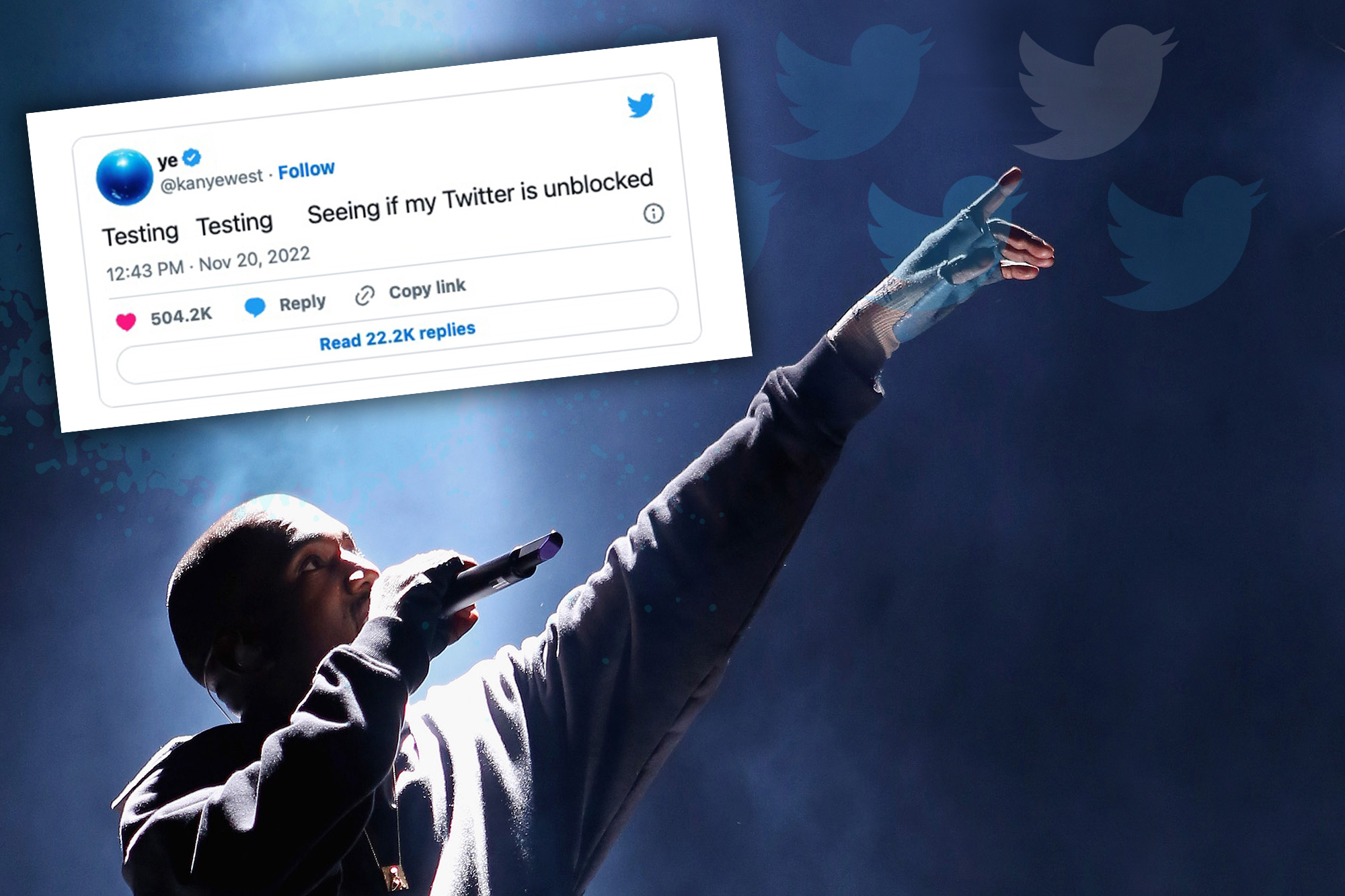 Kanye West is active again on Twitter, posting a message Sunday to see if his account was active after he was locked out last month in the wake of a vile anti-Semitic rant.

“Testing Testing Seeing if my Twitter is unblocked,” West, 45, wrote to his nearly 32 million followers. The controversial rapper, who legally changed his name to Ye, saw his account get restricted after he posted about going “death con 3 On JEWISH PEOPLE” in early October.

His latest message on the social media platform — which was recently taken over by billionaire Elon Musk — came a day after former President Donald Trump’s account was reinstated. Trump was suspended from Twitter in the aftermath of the Jan. 6, 2021 riot at the US Capitol.

West’s account was initially restricted after the anti-Semitic tirade on Oct. 9, but he resurfaced on the site in early November to defend Brooklyn Nets star Kyrie Irving.

The pro-baller has faced heat for sharing an anti-Semitic movie on his Twitter account and being slow to apologize for that. He was also suspended by the Nets, though he’s expected to play Sunday after an 8-game ban.

Rapper Kanye West has returned to Twitter nearly a month after his account was locked.Photo by Jerritt Clark/Getty Images for Roc Nation

West’s account was previously restricted after he wrote about going “death con 3 On JEWISH PEOPLE” in October.Twitter

The temporary suspension of the “Yeezus” artist was the least of his concerns over the last couple months. Multiple businesses and institutions cut ties with West, including Adidas, which had a ten-year relationship with him.

Musk, who bought the company for $44 billion, said last month West’s account was restored before the acquisition and he was not consulted beforehand.

Some social media users were displeased to see West active again on Sunday.