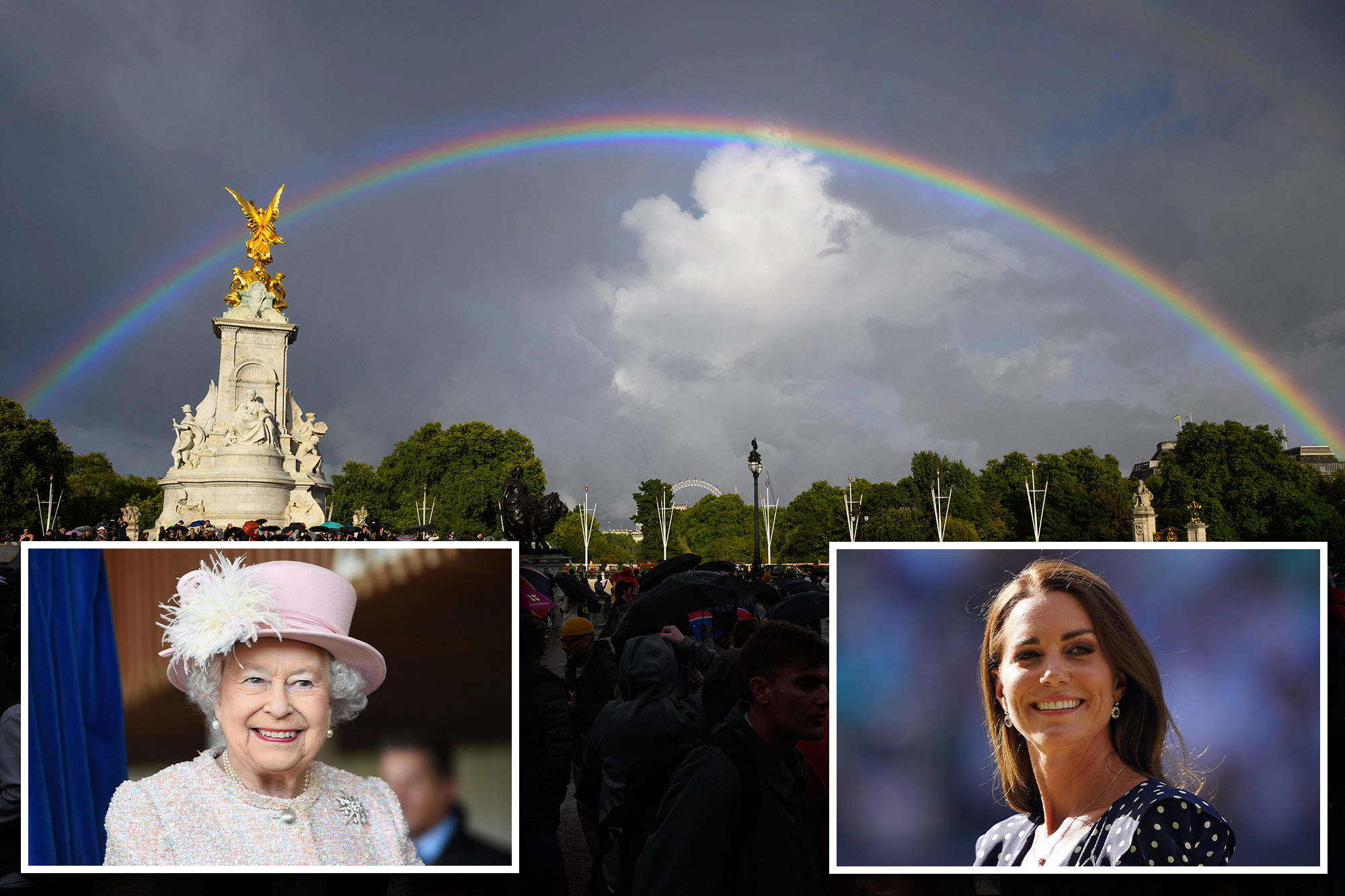 The Queen’s spirit still looms large over the royal family.

Prince William and wife Kate Middleton met with with volunteer staff workers at Windsor Guildhall on Thursday to thank them for their service during the Queen Elizabeth II’s funeral on Monday.

The monarch died at the age of 96 on Sept. 8 after 70 years as the sovereign.

The new Prince and Princess of Wales noted how the Queen is “looking down” on them after they saw several rainbows hanging above Balmoral Castle following her passing.

“In Scotland, how many rainbows turned up?” William, 40, asked the staff, according to The Telegraph. “You hardly ever see rainbows up there, but there were five.”

Middleton, 40, chimed in, “Her Majesty was looking down on us.”

The colorful weather phenomenon has had much significance with the royal family in recent weeks.

A double rainbow was spotted high above Buckingham Palace as mourners were waiting for news about Her Majesty’s health on Sept. 8.

The Union flag is lowered on Windsor Castle as a rainbow covers the sky on Sept. 8 after the monarch’s passing.Getty Images

A rainbow was also seen beyond Windsor Castle just as the the Queen’s death was announced that same afternoon.

The once Duke and Duchess of Cambridge made their first public engagement appearance post-funeral yesterday. The pair were dressed in black attire as they and the royals continue to embark on a period of mourning for seven days after the funeral ceremony.

William reportedly was sorrowful yet touched at the appearance, when he saw floral and Paddington Bear tributes left for his grandmother.

Over 2,000 people attended the Queen’s state funeral earlier this week, including many dignitaries and members of the royal family.

William and Middleton’s oldest children — Prince George, 9, and Princess Charlotte, 7, — attended the service and walked behind the late monarch’s casket during the procession at Westminster Abbey.

“Here, where Queen Elizabeth was married and crowned, we gather from across the nation, from the Commonwealth, and from the nations of the world, to mourn our loss, to remember her long life of selfless service, and in sure confidence to commit her to the mercy of God our maker and redeemer,” the dean of Westminster Abbey, David Hoyle, told mourners during the service.