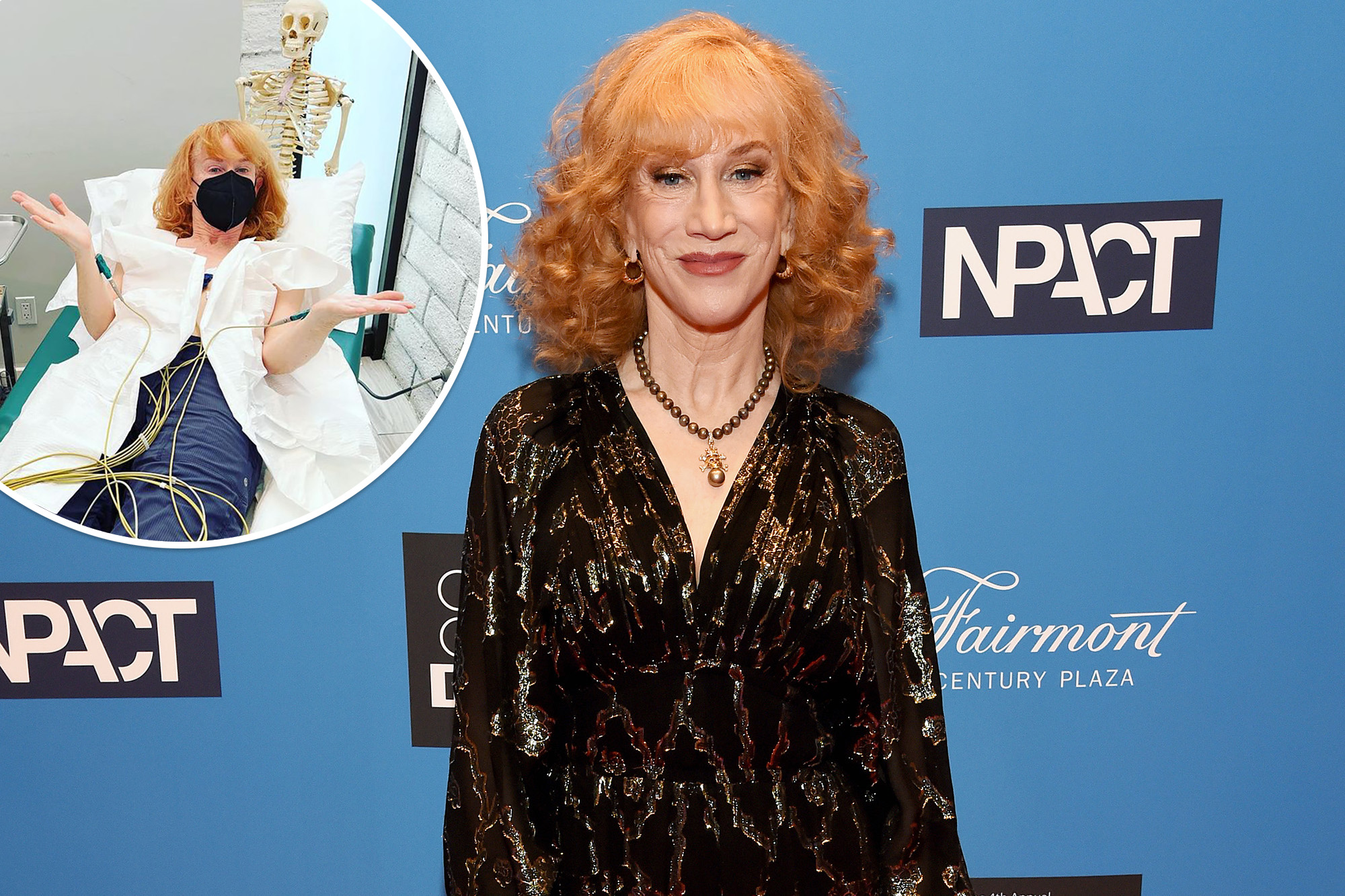 Kathy Griffin turned to her social media followers on Monday to analyze her latest cancer scans after her doctors “ghosted” her.

“OK, I know this is crazy but I cannot get an oncologist on the phone and the surgeon who did my half of lung removal has ghosted me,” the comedian, 61, wrote on Instagram alongside screenshots of her medical notes, adding, “this is what it’s come to people!”

She continued, “I’m putting my scan results on Instagram in hopes that somebody will put it under an oncologist’s nose and send me some sort of interpretation in English of what’s going on with my post operation situation! Social media can be used for good, dammit!”

The former reality star was met with good news in her comment section as her followers in the medical field confirmed she was still cancer-free.

The comedian first revealed she had cancer in August 2021. Getty Images for the Critics Cho

“That’s a pretty good looking report Kathy (as someone who worked in imaging),” one follower wrote.

“Focus on ‘without recurrence or metastasis’ It’s good news (from this old nurse lol),” another chimed in.

Other fans focused more on the negligence of Griffin’s doctors.

“Shockingly irresponsible. I’m so sorry Kathy,” one fan added before another called the whole situation “bulls–t.”

“This is what it’s come to people,” Griffin said as she posted her medical information online. Instagram/kathygriffin

Back in August 2021, the comedian revealed she had been diagnosed with lung cancer and would be undergoing surgery to remove the malignant tumor.

“I’ve got to tell you guys something. I have cancer. I’m about to go into surgery to have half of my left lung removed,” she wrote on social media at the time. “Yes, I have lung cancer even though I’ve never smoked! The doctors are very optimistic as it is stage one and contained to my left lung.”

The 61-year-old said the pain from her surgery was “more than” she anticipated. Getty Images

Following her surgery, which she described as “more than” she could have ever anticipated, Griffin announced in December 2021 that she was in remission.