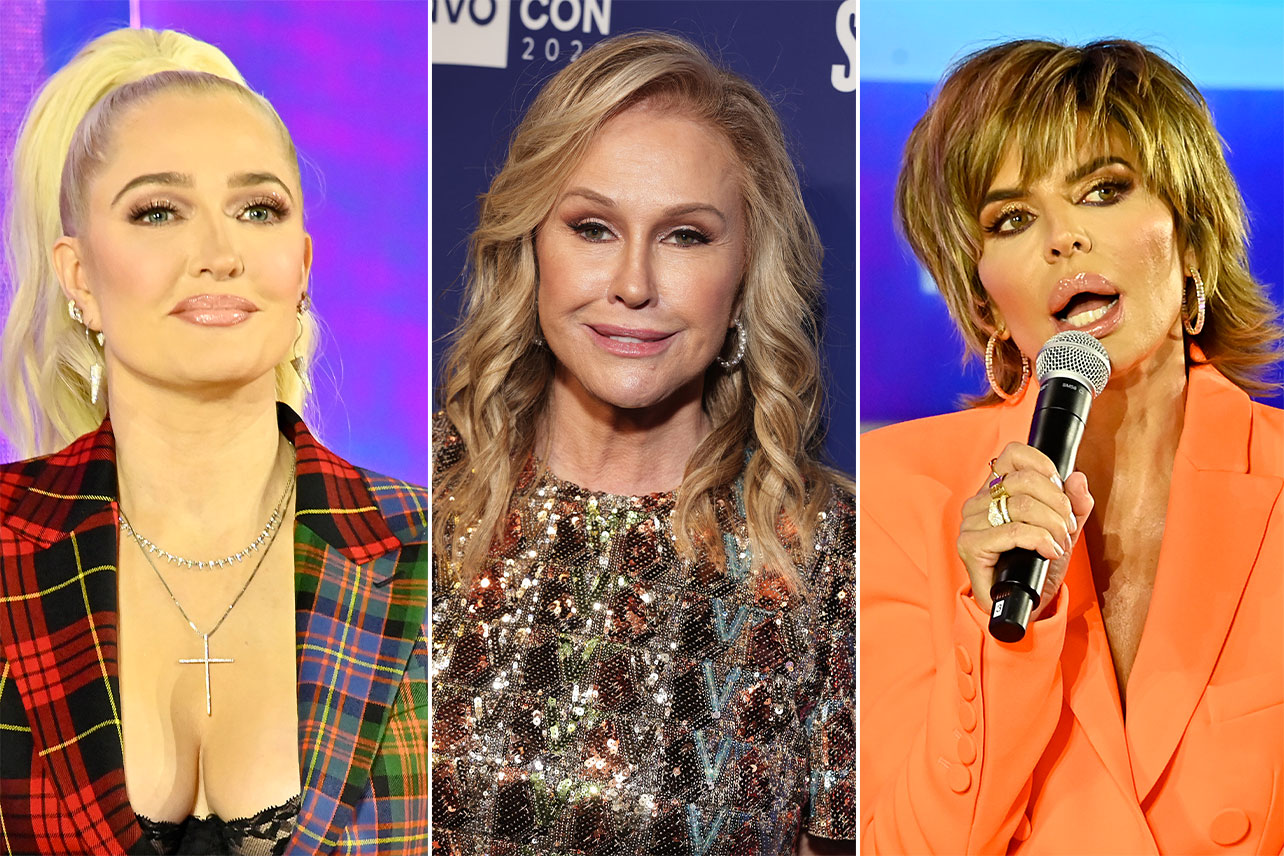 While we anxiously await part three of the Real Housewives of Beverly Hills reunion, Kathy Hilton is opening up about where she stands with the future of the hit Bravo show. And it looks like things still aren’t so hunky dory as two “bullies” are going to have to get the boot in order for us to keep the socialite.

Speaking of Lisa Rinna and Erika Jayne, Hilton told TMZ, “Those two are desperate for a storyline and they’ll throw anybody under the bus.” Fans of the hit show are familiar with the turmoil between the three ladies as Rinna spent the last few episodes of the season dragging on some explosive “meltdown” that Hilton allegedly had while they were vacationing in Aspen — something only Rinna supposedly witnessed.

During the season finale, Kylie Richards revealed to the ladies that Hilton had an ongoing investigation into who was leaking the information to the press, which allegedly led back to someone on Jayne’s team. Prior to that, fans of the show slammed Richards for not having her sister’s back enough during a heated conversation between Hilton and Rinna.

“I just guess that I would’ve liked some support,” Hilton said of Richards, who she reportedly hasn’t spoken too much since the reunion. “Because everybody knows that this was, I mean I know and I had people from the show telling me, that this was a setup the whole time by these two girls.”

She added, “You know what? If people are really worried about me why wouldn’t they call Kyle, my husband, [or] production when Lisa said that I had a “break”? But [Lisa] decides to call the media, the press, her little go-to people and Erika! Erika. Why is she calling Erika? In the middle of me “scaring” her so much?”

Regarding her plans to come back to RHOBH, Hilton said if the cast was “completely the same, absolutely not.” She noted that “there are two bullies that intimidate a lot of the other girls,” again referring to Rinna and Jayne, before saying, “A couple speak up but most of them, they’re not being their authentic self when they’re pushed up to the wall and they’re afraid of those two bullies because they’re capable of anything.”

So, Andy Cohen, who’s going to keep their diamond? Jayne and Rinna? Or Hilton?

The Real Housewives of Beverly Hills airs on Wednesday nights at 8/7c on Bravo.