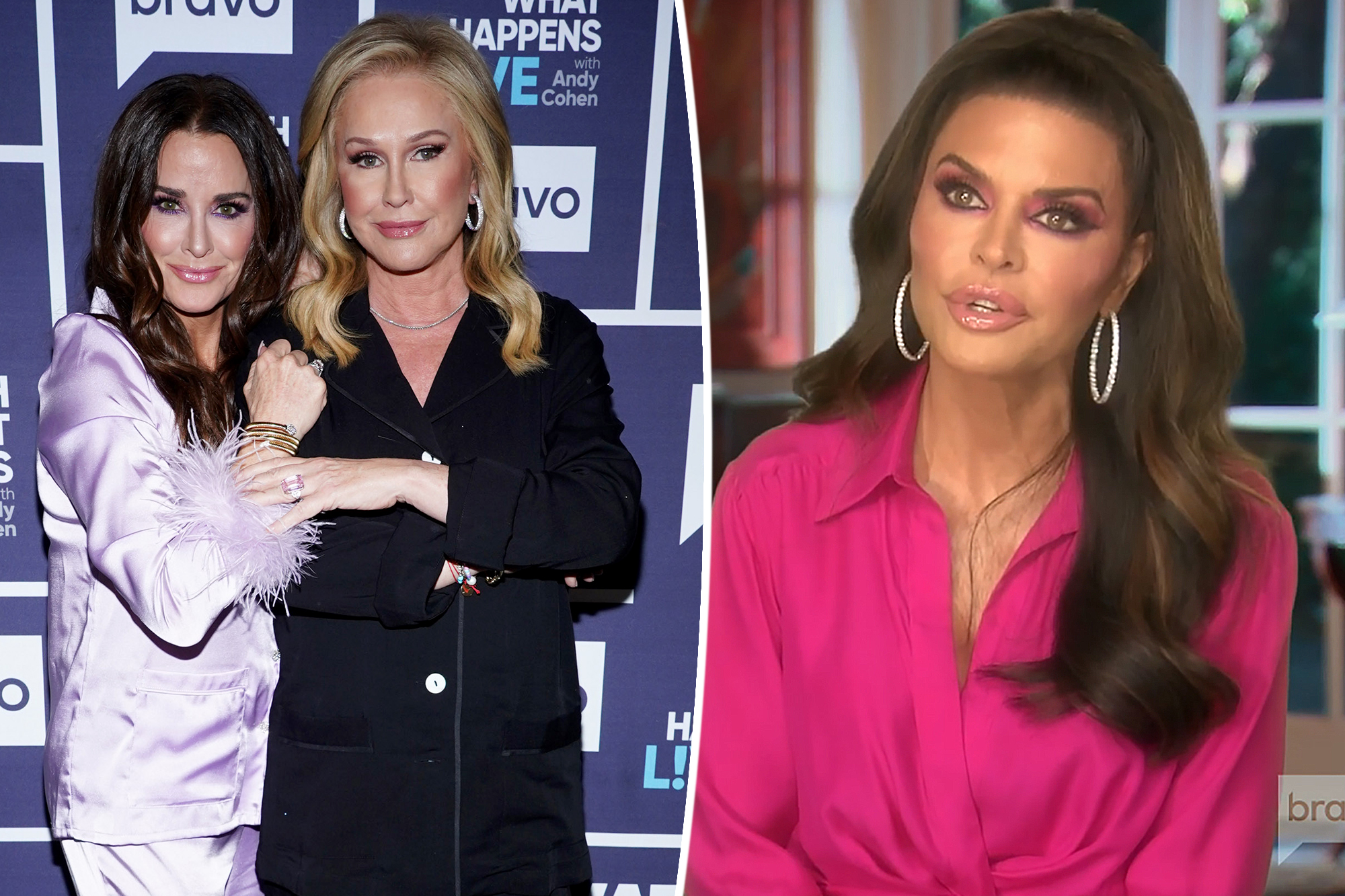 The drama in Aspen continues.

Lisa Rinna claimed Kathy Hilton threatened to “ruin” sister Kyle Richard’s family after getting into an argument in Aspen, Colo.

“We get in the sprinter van and Kathy starts screaming about everything,” Rinna, 59, recalled in a preview clip for Wednesday’s episode of “Real Housewives Of Beverly Hills.”

“And she’s saying things like, ‘I’m going to take down NBC, Bravo … I will take down this show single-handedly. I will f–king ruin you all.’ What in the holy f–king hell?”

The Rinna beauty mogul further claimed she and Hilton, 63, got back to Richards’ home “and it gets worse” as the fashion designer “broke her glasses” after throwing them on the ground.

“She said ‘I will destroy Kyle and her family if it’s the last thing I ever do’,” the former model claimed.

Lisa Rinna recalled the outburst during a preview for the upcoming episode.Bravo

Following the hectic night, the other cast members reflected on the chaos that ensued, saying most of Hilton’s “screaming and raging” was directed at Richards, 53.

“Kathy was saying that she was pissed off and that I had to leave the club right now,” Richards recalled during a confessional.

“I was very confused because I didn’t even know what happened. So I said ‘no I’m not doing that we just got here, Kathy.’”

Kyle Richards didn’t want to leave the club at the same time as Kathy Hilton, which caused her to break down. Bravo

According to Sutton Stracke, the outburst came after the group didn’t want to do the conga line with Hilton.

“Kathy was just a little off. She kept asking everyone to do the conga line and I don’t think anybody wanted to do it,” Stracke, 51, remembered. “And the next thing I know she’s in my face saying that she wanted to go home and if ‘you don’t go home with me, you’re not my friend.’”

“The Real Housewives of Beverly Hills” cast members went over the hectic night while flying home.

“The Real Housewives of Beverly Hills” cast members went over the hectic night while flying home.

“If you’re the one in a relationship, you are the…

While Hilton’s behavior seemed to come out of left field, Kyle said she and her sisters, specifically Kim Richards, have a long history of getting into nasty fights.

“Kim and I were biting, digging … drawing blood,” Kyle recalled about her childhood. “I used to bite and she would claw until I would bleed.”

Richards and Hilton had a tumultuous season. NBCU Photo Bank

The nightclub incident wasn’t the only time things got heated between the half-sisters while in the Rocky Mountains.

Fans of the Bravo franchise called out the cast, including Kyle, for “mocking” Hilton when she tried to promote a tequila brand that her family invested in.

Hilton gathered the group of ladies after dinner and encouraged them to “try” a shot of Casa Del Sol — which they seemed to ignore.

The half-sisters have since made up. Getty Images for Kathy Hilton

Even after Kyle and Hilton’s troubles in Aspen, the pair have since forgiven one another and are in a “great” place.

“The Real Housewives of Beverly Hills” airs Wednesdays at 8 p.m. ET on Bravo.