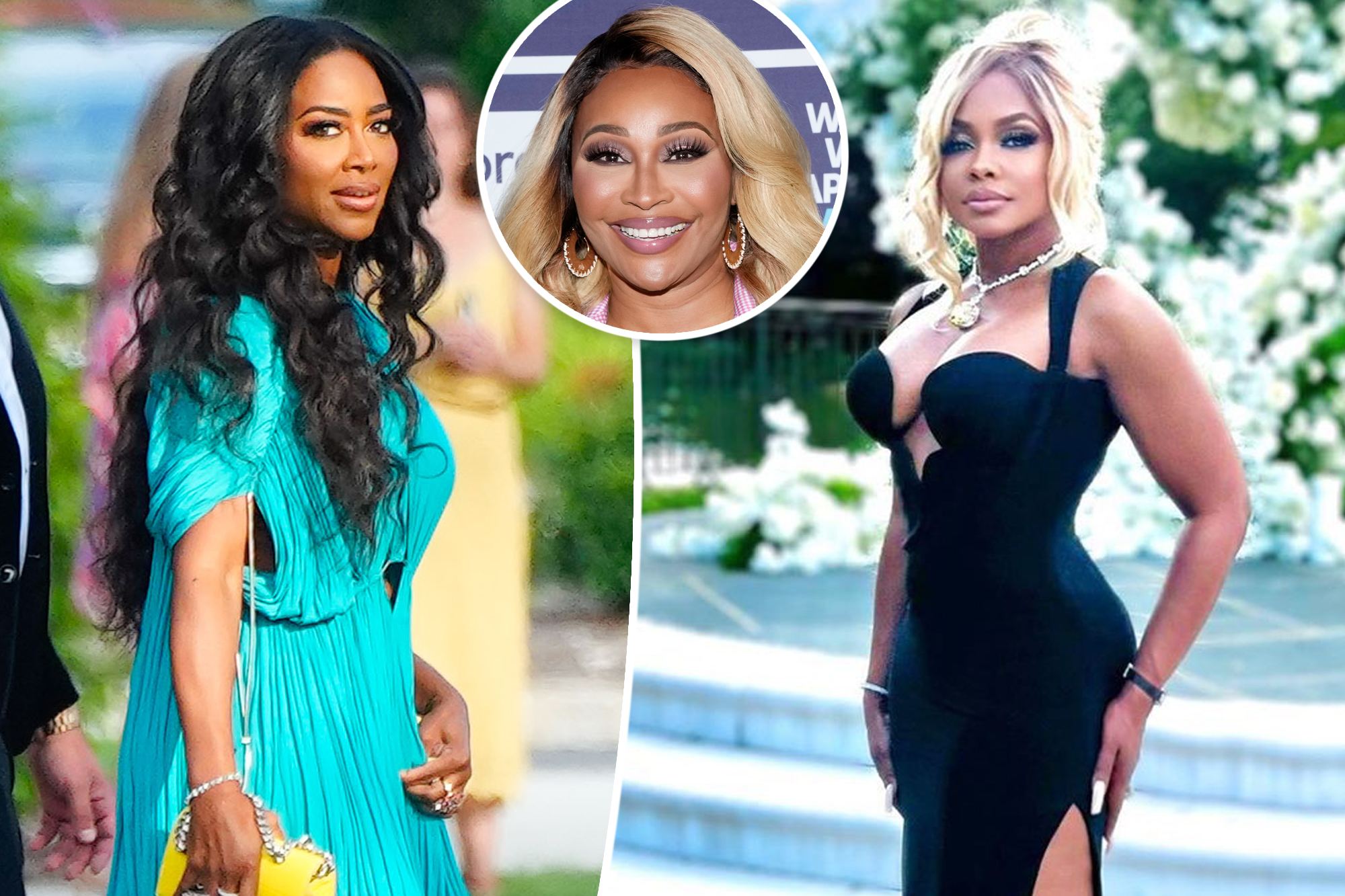 Cynthia Bailey says there was no bad blood between Kenya Moore and Phaedra Parks at Teresa Giudice’s wedding.

“Everybody had a good time. Everyone came in peace, even Phaedra and Kenya,” the “Real Housewives of Atlanta” alum exclusively tells Page Six while promoting her upcoming appearance on E!’s “Celebrity Beef.”

Bailey, 55, insists that her former castmates — who infamously feuded across several seasons of “RHOA” — “really got along” while celebrating Giudice and Luis “Louie” Ruelas’ Aug. 6 nuptials.

Just days prior, Parks, 48, reflected on her Season 6 conflict with Moore, 51, that culminated in a scathing reunion read that has found new life on social media eight years later.

Parks — who once believed Moore flirted with her now-ex-husband, Apollo Nida, over text — memorably accused the former Miss USA of “peddling through sperm banks” as the latter made plans to have a baby on her own. (Moore vehemently denied both sets of claims.)

Bailey says that Moore, seen here with friend Anthony Dominic, “got along” with Parks at the lavish New Jersey affair. TheImageDirect.com

“In that moment, I was so frustrated because our relationship, Kenya and I, it had been so tumultuous,“ Parks recalled to us, “and I was just to a boiling point.”

According to Bailey, the ladies left their drama in the past as they celebrated Giudice’s “I dos.”

“It was Teresa’s day,” she says, noting that the “Real Housewives of New Jersey” OG, 50, congregated stars from across the Bravo-verse for her lavish affair.

Parks infamously feuded with Moore across several seasons of “The Real Housewives of Atlanta.” phaedraparks/Instagram

“There were so many other ‘Housewives’ from so many other franchises,” she continues. “It was almost like being at BravoCon, but on a smaller level.”

“I have to admit, it was good to see her. The thing with real friendships is no matter what happens in those friendships, when you see them again, you’re just like, ‘Oh my God, hi,’ like nothing ever happened,” the CB VIOR founder says.

“Everybody had a good time. Everyone came in peace, even Phaedra and Kenya,” Bailey tells Page Six of Giudice’s “Housewives”-heavy nuptials.Instagram/bravotv

The “Terror Lake Drive” actress says she appreciated Moore’s kind reaction to the news that her mother, Barbara Bailey, was recently been diagnosed with Stage 1 breast cancer.

“I got a chance to talk to Kenya about my mom a little bit and she was genuinely concerned,” she explains.

Thanks to early detection during her yearly mammogram, Barbara is expected to make a full recovery after undergoing a lumpectomy next week followed by radiation treatments, Cynthia says. As of now, Barbara’s treatment plan does not include chemotherapy.

“Like any great friend, Kenya always shows up — especially when it’s important,” the Bailey Agency CEO adds. “So, it was good to see her and reconnect. We’re good again, for sure.”

Bailey was able to “reconnect” with Moore at the wedding. kenya/Instagram

Cynthia has become a pro at squashing beef.

She proves this much on Tuesday’s episode of “Celebrity Beef” that sees her reuniting with sitcom legend Todd Bridges — whom she memorably sparred with earlier this year on “Celebrity Big Brother.”

The pair breaks down their explosive on-camera confrontation from the reality series as they go head-to-head in a culinary competition mediated by host Joel McHale.

“We got a chance to have a full-circle moment, which I thought was important for our fans to see us come together and realize that we’re friends now. We went through that experience, we got out on the other side of it and it was just a fun way to reunite,” Cynthia says.

“I did have the biggest blowup with him and it got pretty heated. But now that we’re out of the house, he’s actually one of the people that I’m closest to. Todd Bridges and I talk all the time.”