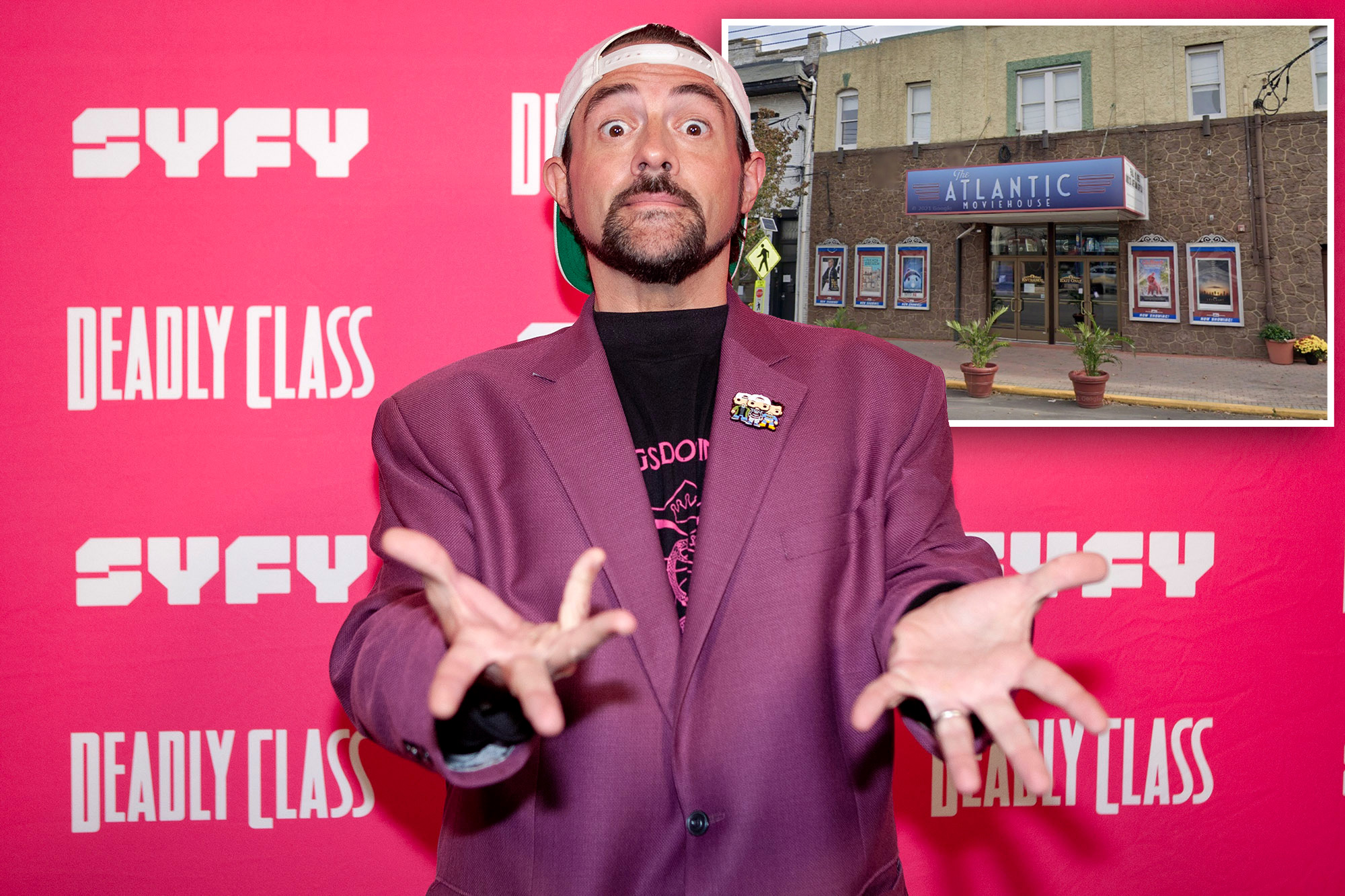 Filmmaker Kevin Smith is buying the movie theater that made him fall in love with filmmaking.

The 52-year-old Red Bank, New Jersey, native is purchasing the Atlantic Moviehouse in Atlantic Highlands, where his father brought him as a child, sometimes allowing him to cut school for the experience.

The filmmaker, who announced the news on Instagram, is expected to close the deal on the property, which he will co-own with his wife, Jennifer Schwalbach Smith and other business partners, on Sept. 14.

His plans on renovating the 250-seat interior of the theater, already renamed SModcastle Cinemas, involve erecting a mural in the lobby featuring characters from his movies that were set in New Jersey.

Smith, pictured above in 2019, has plans to extensively renovate the theater.Getty Images

The original building dates back to 1912.Courtesy of Lenny Edwards

They include “Clerks,” — which was shot in convenience and video stores where he worked in real life for $27,575 and earned a staggering $3 million at the box office — “Mallrats,” “Chasing Amy” and “Dogma.”

He also pledged to host lives shows, create a “Merry Marvel Movie Society” for fans of Marvel Studios releases and open a film school on the premises.

Smith also plans to live in the apartment above the theater, a twist on his childhood dream of living in a movie theater, he said in his post.

Smith, pictured with Jason Mewes, also plans to live in the apartment above the theater.Getty Images

Smith is expected to close the deal in September.Instagram/@jayandsilentbobstash

“This certainly isn’t about an investment deal,” Smith told NJ Advance Media. “This is about owning a little piece of my personal movie history, a building that helped forge the filmmaker that I would become.”

Khloé Kardashian and private equity investor break up
Welcome to my pool party don’t forget to bring a towel… ...