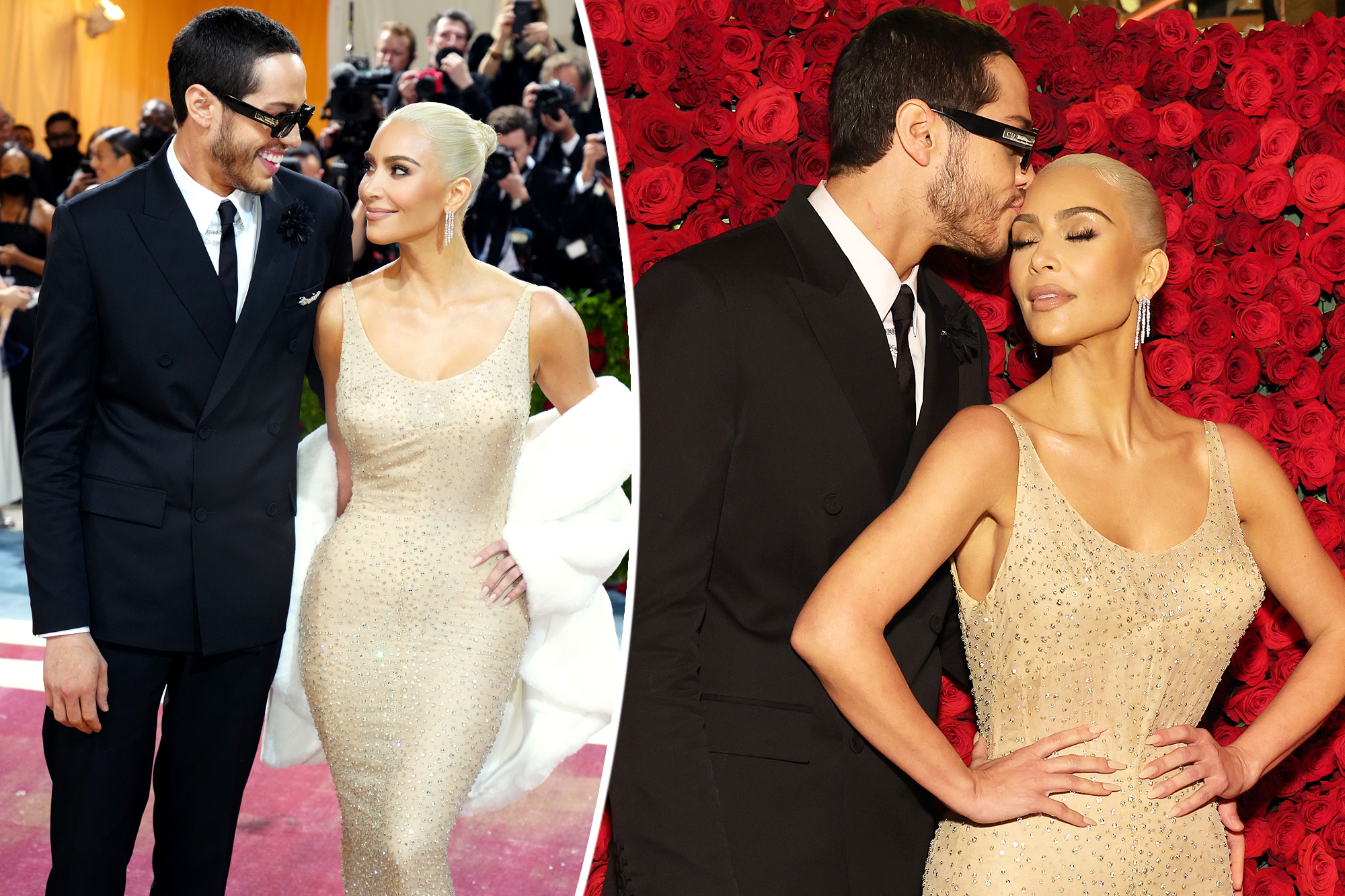 Kim Kardashian was gushing over Pete Davidson to family and friends just days after they were spotted holding hands at Knott’s Scary Farm last year.

“Truly the sweetest, nicest human being on the planet,” the reality star told a group including Ellen DeGeneres, Portia de Rossi and Scott Disick on the latest episode of Hulu’s “The Kardashians.”

During Kris Jenners’ intimate birthday dinner in November 2021, Scott coyly asked Kardashian, “How was last night? I FaceTimed you,” to which she slyly replied, “I was probably busy,” before they both began to laugh.

Scott also told the Skims found that everyone says “the guy is f–king nice.”

“Truly the sweetest, nicest human being on the planet,” she confirmed, telling the group that she would give them all the details later off-camera.

Although they don’t name him, they cut to Kardashian texting with a smile as the producer’s asked her if she was texting someone whose name “rhymes with feet.”

Kardashian was gushing over her new relationship at her mother’s birthday dinner in November 2021.kimkardashian/Instagram

Kardashian and Davidson were first spotted out together in October 2021 at the theme park weeks after her “SNL” appearance, where the two shared a kiss during one of their skits together.

She later revealed that she ran into Davidson at the Met Gala in September, and he gave her advice before she went on the NBC show.

Page Six exclusively confirmed in November that Kardashian, 41, and Davidson, 28, were officially dating, with a source telling us at the time that she was acting like a teenager and “constantly giggling.”

The pair made their red carpet debut at the White House Correspondents Dinner in April. The Washington Post via Getty Im

The couple made their debut at the premiere of “The Kardashians” in April, but didn’t walk their first red carpet together until April 30 at the White House correspondents’ dinner. Two days later, they were the talk of the town at the Met Gala, where Kardashian wore Marilyn Monroe’s iconic dress and Davidson wore a Dior Men suit.

“I think that, you know, sometimes things happen when you just least expect it. It was the last thing that I was really planning on,” Kardashian said in April of her romance with the “King of Staten Island” actor, adding, “It just makes it that much sweeter and so much more fun.”

And while talk of her relationship on the show is happening, that might be as much as fans are going to get as she previously said she has not filmed with him.

He also accompanied her to the Met Gala earlier this month.FilmMagic

“I’m not opposed to it. It’s just not what he does. But if there was an event happening and he was there, he wouldn’t tell the cameras to get away,” she told Variety ahead of the show’s release.

In the same episode, the mother of four claimed that her ex-husband Kanye West, with whom she filed to divorce in February 2021, was refusing to sign their divorce papers.

New episodes of “The Kardashians” air Thursdays on Hulu.