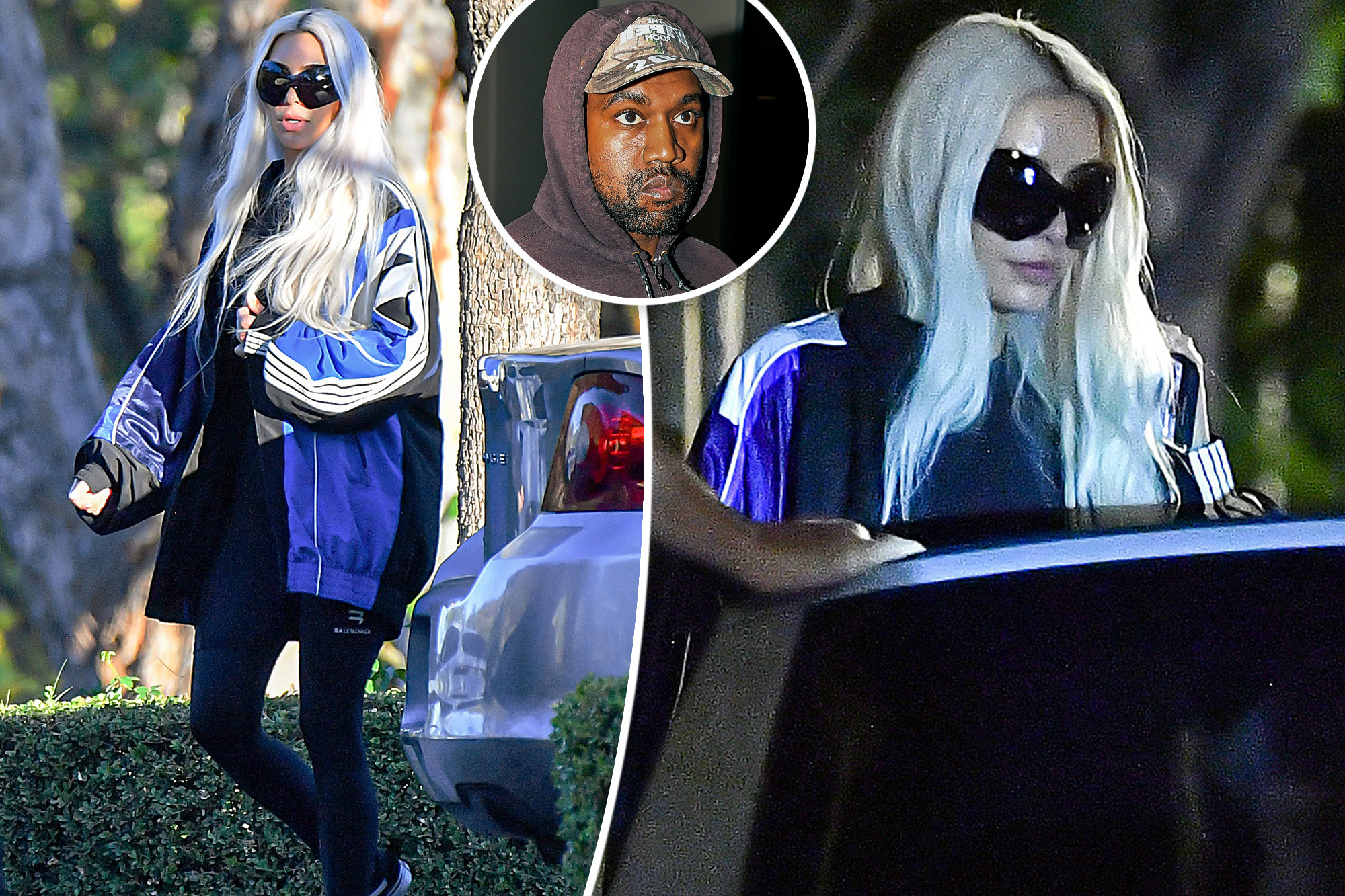 Kim Kardashian is ready to heal following her divorce from Kanye West and his subsequent erratic behavior.

The reality star, 42, was spotted visiting a spiritual healer in Beverly Hills on Tuesday just days after she called out her ex-husband for his recent anti-Semitic remarks.

Kardashian seemed to be trying to stay under the radar during the visit as she used a small black backpack to shield her face.

The Skims founder, who filed for divorce in 2021, kept things casual in a pair of black leggings, an oversized blue racer jacket, black Vans and her signature pair of Balenciaga sunglasses.

Kardashian wore minimal makeup and her platinum blonde tresses down in loose waves for the outing.

The reality star tried to shield herself from paparazzi.

The reality star tried to shield herself from paparazzi.

“I think it’s one of the reasons why Trump was…

In a series of since-deleted social media posts, the “Heartless” rapper vowed to go “death con 3 on Jewish People.” After being banned from Twitter and Instagram, he doubled down on his comments by blaming the “Jewish media” for silencing him.

Kardashian opted for a casual outfit for the outing.

Kardashian opted for a casual outfit for the outing.

“I think it’s one of the reasons why Trump was…

The disturbing rants caused an uproar amongst celebrities and many of his collaborators — who have since cut all ties with West.

Most notably, he was dropped by Adidas on Tuesday causing his net worth to dip from $1.5 billion to $400 million.

In an effort to bounce back, West showed up to Sketchers headquarters uninvited the next day in an effort to strike a new deal with the shoe company — which is notably owned and operated by a Jewish family.

Kardashian filed for divorce from West in 2021. Getty Images

However, the Hail Mary attempt was quickly shot down and West was immediately escorted from the building.

Meanwhile, Kardashian has been focusing her energy on getting their children North, 9, Saint, 6, Chicago, 4, and Psalm, 3, ready for spooky season by going to a Halloween light show and planning out their family costume.

The mom of four even gave fans a glimpse into her “creepy” decorations on Wednesday — which matched her typically minimalistic choices.

The rapper is under fire for a recent string of anti-Semitic remarks. @CelebCandidly / MEGA

Kardashian is going all out for trick-or-treaters this year, covering her yard with hundreds of hands reaching out of the ground, massive trees made of skeletons and an arch above her font door made entirely of skulls.

She even transformed the inside of her Calabasas mansion into a haunted house with gauze, cobwebs and mummies covering nearly every inch of her home.