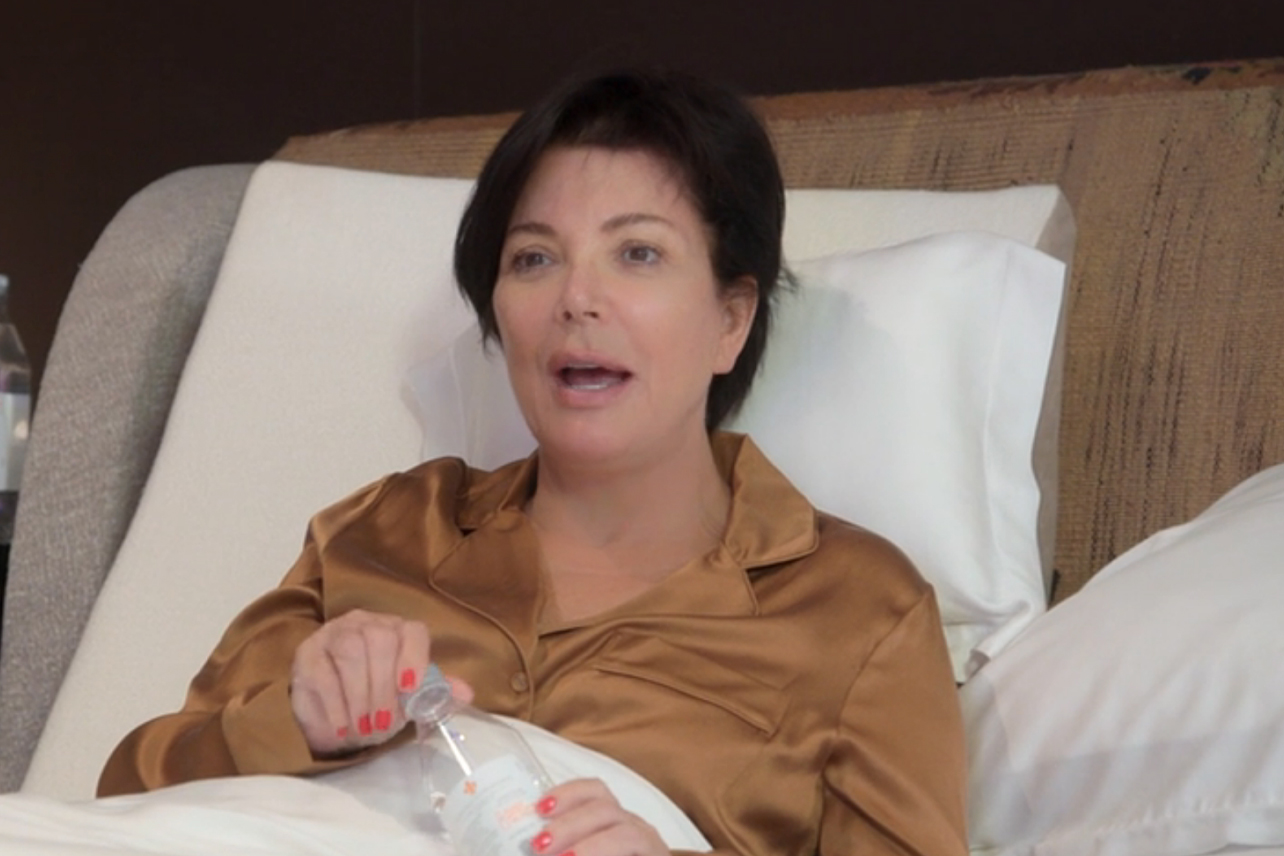 First, Kim Kardashian has sex with Pete Davidson in front of a fireplace to honor her grandmother — and now this? The 41-year-old socialite is proving herself to be the weirdest of the bunch. In this week’s episode of The Kardashians, Kris Jenner told Khloe Kardashian and Kylie Jenner that Kim wants to make jewelry out of her bones.

The episode, titled “One Night in Miami”, kicks off with Kris’s hip surgery and her recovery. She tells Khloe during a visit, “I was in the operating room today and Kim laid down on the bed next to me and I said, ‘[It] would be so great to do something like this with a friend,’” making light of the supersized beds in the luxury hospital.

She then jokes with Khloe about getting their “boobs done” together before asking if that’s “weird”. But, what viewers didn’t know is that the weirdest bit has yet to come. Moments later, while Kris and Khloe are on the phone with Kylie, the matriarch shares, “Kim asked the doctor to save her my bone so she could make jewelry out of it.”

The youngest of the sisters proclaims, “That is weird,” to which the 66-year-old agrees, “It’s creepy.” But Khloe wasn’t going to let their slander slide. She tells her mom, “Remember when you wanted your ashes and you wanted to be cremated and made into necklaces for us? That’s weird.”

Kris isn’t the only one with odd requests as Khloe reveals during a confessional, “If I’m in a coma, I’m still getting my nails done once a week, and that’s in my will.”

Now, I don’t know about you, but these comments put me in the mood for the last stretch of spooky season, and bone jewelry is all the hype right now. Two weeks ago, Timothee Chalamet was spotted promoting his upcoming cannibal movie, Bones and All, in a Vivienne Westwood choker made up of diamond-encrusted bone-shaped pieces. The internet was immediately obsessed. One image of his look has over 67K likes on Twitter. So can jewelry made with Kris Jenner’s bones be far behind? Get on it, Kim.

New episodes of The Kardashians airs Thursdays on Hulu.