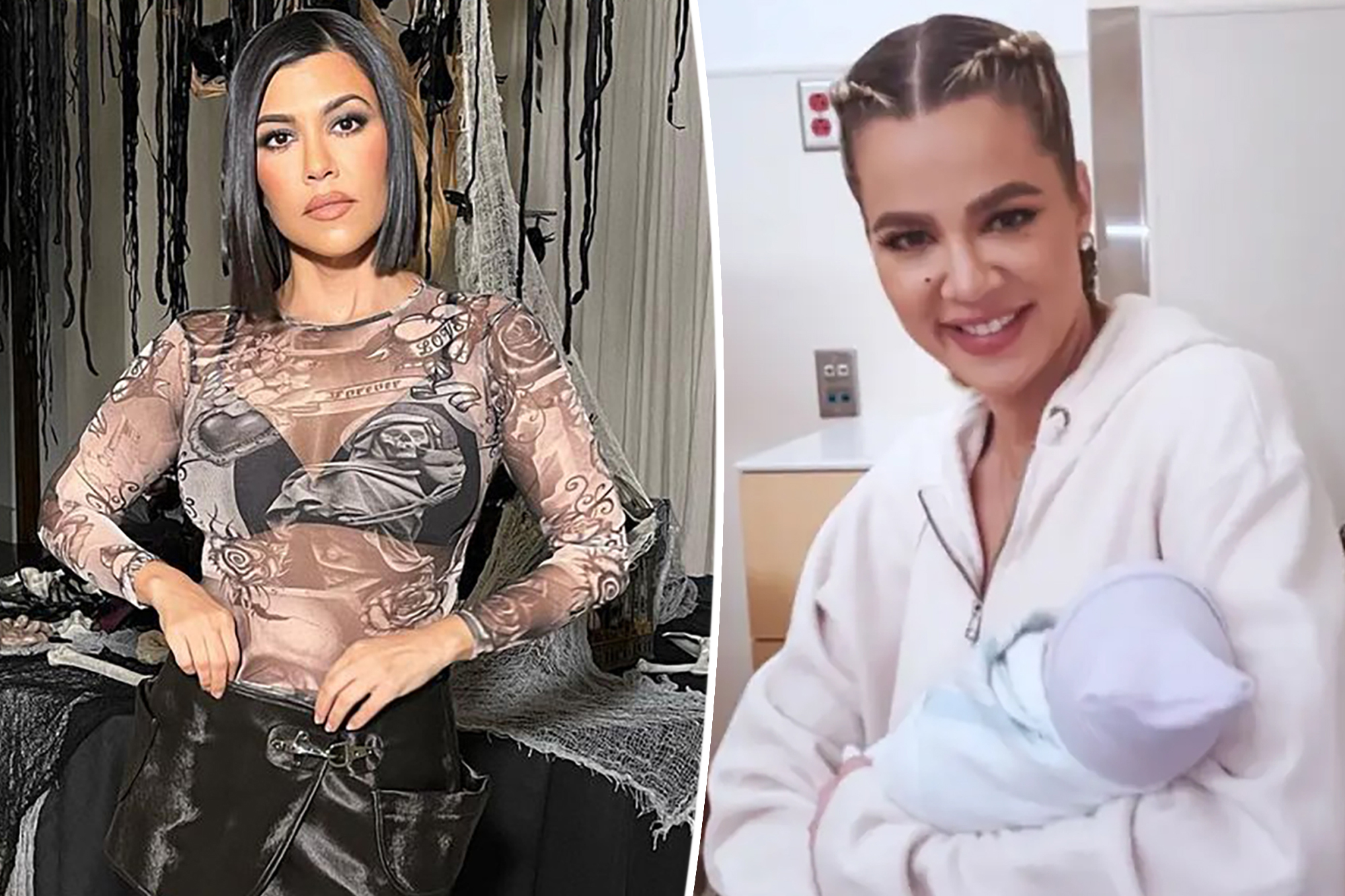 Kourtney Kardashian wants to add wet nurse to her résumé.

In the Season 2 finale of Hulu’s “The Kardashians,” Kourtney, Kim Kardashian and Kris Jenner cozy up to Khloé Kardashian’s still-unnamed son when the Lemme founder expresses a wild desire.

“When they open their mouths and just the way they smell,” Kourtney, who shares three kids with ex Scott Disick, begins in Thursday’s episode before holding the baby, “I wish I could breastfeed you.”

Despite not getting to see Khloé’s son or find out his name, Kim, 42, and Jenner, 67, agree that the baby boy, whose father is Tristan Thompson, is “actually Rob [Kardashian]’s twin.”

“I wish I could breastfeed you,” Kourtney says to the newborn in the “Kardashians” finale.kourtneykardash/Instagram

Khloé, 38, and Thompson, 31, welcomed their second child together via surrogate in July. The pair had already broken up at that point, as the Good American co-founder discovered that the NBA player was secretly expecting another child with a woman named Maralee Nichols.

“Khloé is incredibly grateful to the extraordinary surrogate for such a beautiful blessing,” her rep told Page Six at the time.

The Lemme founder, seen here with husband Travis Barker, already has three kids of her own with ex Scott Disick.Getty Images for The Commons at

“We’d like to ask for kindness and privacy so that Khloé can focus on her family,” the statement concluded.

While they’re no longer romantically involved, Khloé and Thompson are co-parenting their son and 4-year-old daughter, True. The athlete also shares 5-year-old son Prince with his ex Jordan Craig.

Although fans haven’t seen much of Khloé’s son, they know he’s riding around in style; the reality star recently shared photos of herself pushing her baby in a $4,900 Dior stroller.