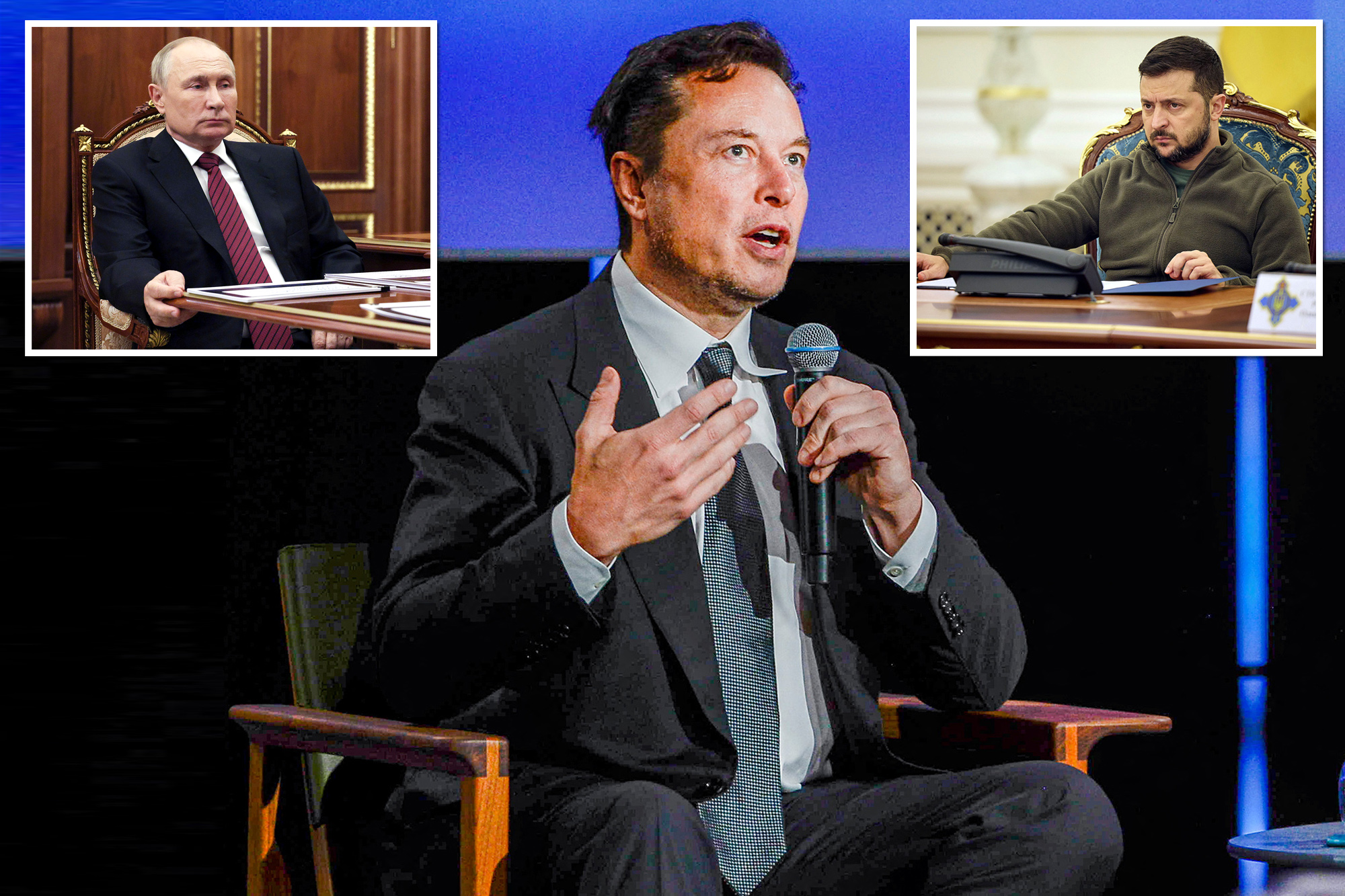 The news site Insider quoted reports from Russian media outlets including RIA as saying that Peskov was complimentary toward Musk, who was looking for ways out of the impasse, as opposed to diplomats who in his mind were seeking escalation.

Ukrainian diplomatic officials were furious with Musk. Andrij Melnyk, Kyiv’s top envoy to Germany, tweeted to the tech mogul: “F–k off is my very diplomatic reply to you.”

Ukrainian President Volodymyr Zelensky even tweeted a poll asking his followers whether they thought Musk was supporting Russia or Ukraine.

Dmitry Peskov, the top media spokesman for Putin, said that Musk’s tweets about the need for a compromise in Ukraine were “positive.”

Musk, for his part, insisted that he “obviously” backed Ukraine.

He noted that his space exploration company, SpaceX, launched Starlink satellites which have enabled Ukrainian military officials to maintain internet access throughout the Russian invasion of their country.

“SpaceX’s out of pocket cost to enable & support Starlink in Ukraine is ~$80M so far,” Musk tweeted in response to a barrage of critical tweets.

“Our support for Russia is $0. Obviously, we are pro Ukraine,” he wrote.

Musk on Monday ignited the controversy when he posted a “Yes-No” survey on his Twitter feed which included his own proposals for an eventual Russian-Ukrainian peace deal that would bring the six-month invasion to an end.

Musk called for a “redo” of “elections of annexed regions under UN supervision.”

– Redo elections of annexed regions under UN supervision. Russia leaves if that is will of the people.

– Crimea formally part of Russia, as it has been since 1783 (until Khrushchev’s mistake).

“Russia leaves if that is [the] will of the people,” the world’s richest man tweeted.

Musk then waded into the controversial issue of the future of Crimea, calling for the region to become “formally part of Russia, as it has been since 1783 (until Khrushchev’s mistake).”

Ukraine supporters were irate with Musk’s suggestion that Crimea be ceded to Russia.REUTERS

The tech mogul made reference to the late Soviet premier Nikita Khrushchev’s decision in 1954 to “gift” the people of Ukraine the Crimea region in order to mark the 300th anniversary of Ukraine’s merger with the Russian empire.

Musk also proposed that “water supply to Crimea [be] assured” and that “Ukraine remains neutral.”

The “peace plan” put forward by Musk apparently is a non-starter for many supporters of Ukraine who are insisting that their forces rout the Russian military and beat back its troops.

Musk said he was eager to prevent further loss of life in Ukraine.AFP

Musk was defiant in the face of widespread Twitter opposition to his plan.

“You are assuming that I wish to be popular. I don’t care,” the tech mogul responded to one of his critics online.

Russia is doing partial mobilization. They go to full war mobilization if Crimea is at risk. Death on both sides will be devastating.

Russia has >3 times population of Ukraine, so victory for Ukraine is unlikely in total war. If you care about the people of Ukraine, seek peace.

“I do care that millions of people may die needlessly for an essentially identical outcome.”

Musk noted that Russia has more than three times the population of Ukraine, “so victory for Ukraine is unlikely in total war.”

“If you care about the people of Ukraine, seek peace,” Musk tweeted.

Airwalk Tutorial for people who like to pop What sport do you practise? ...
‘Ink Master’ Drops Chaotic Twist in Exclusive Clip: “I Was Not Emotionally Prepared for This”