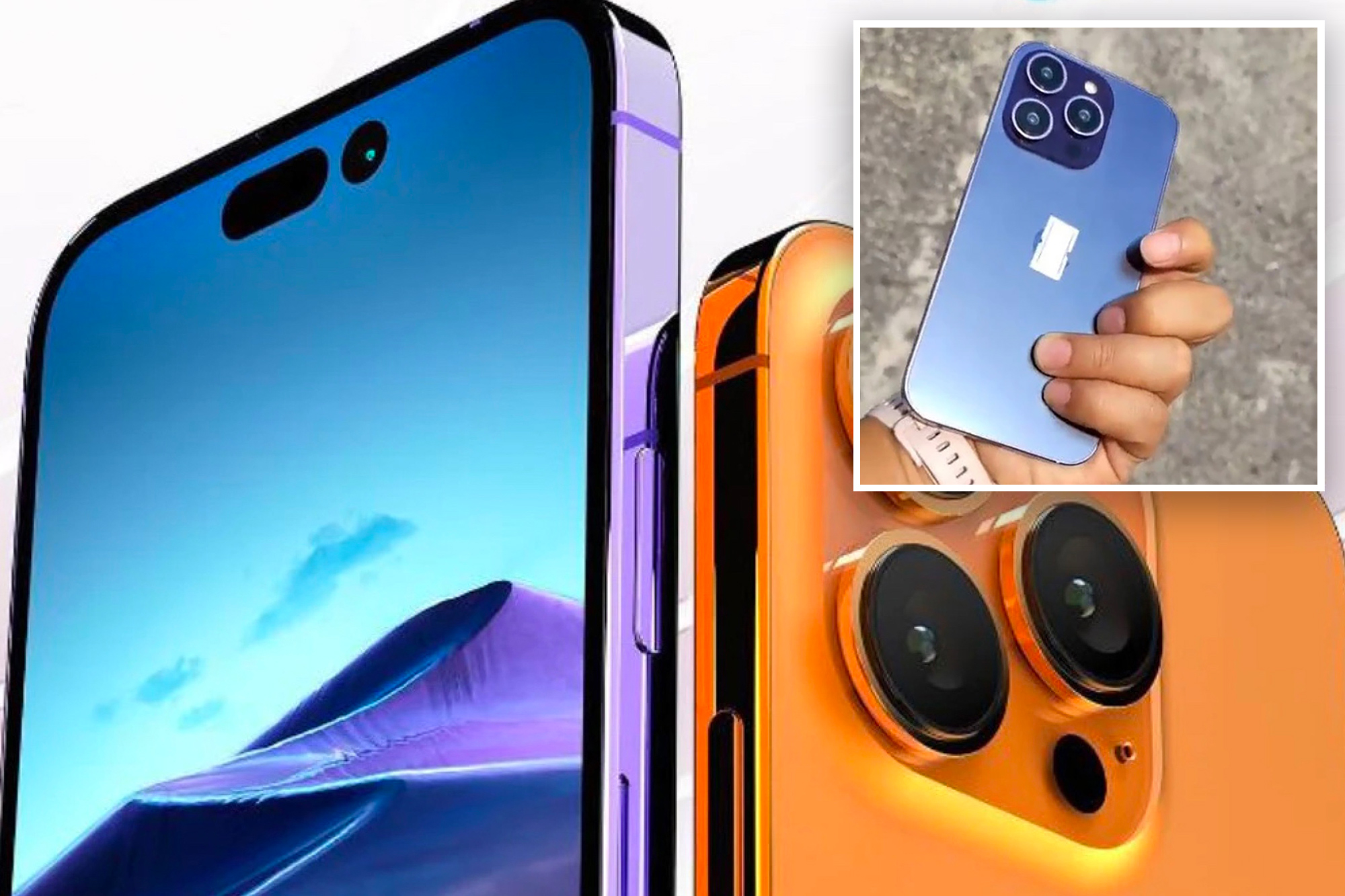 A short video released on Chinese social media site Weibo has given a tantalizing hint about what to expect from the new Apple iPhone 14.

Apple is expected to unveil the next generation of iPhones at an event broadcast from Apple Park on Sept. 7.

The world’s seventh largest company teased the event with an image of the sky, with the stars outlining the Apple logo and the words “far out”.

And details of the iPhone line are reportedly leaking as anticipation grows.

The latest tip-off about the iPhone 14 range was made in a Weibo video re-posted on Twitter by DuanRui.

When seen from certain angles, the phone appears purple.Twitter/DuanRui

A video posted on Twitter showed the new iPhone 14. Twitter/DuanRui

The caption on the Weibo video noted how the shimmering finish on the phone only appears to be the color purple from certain angles.

The shifting color tones would certainly be eye-catching.

Leaked schematics and artist renders had earlier hinted that Apple would radically redesign its flagship iPhones by changing the hated notch around the front-facing camera.

And now new leaks seem to confirm that Apple will move to a notch-less iPhone 14 for the first time.

The images, also leaked by DuanRui — who has a remarkable record of being correct — show the iPhone 14 Pro and Pro Max display with a dual-punch hole design instead of a notch.

And the punch holes are larger than originally predicted in initial reports last year, according to Forbes.

The camera on the iPhone 14 range is predicted to feature “significant” upgrades.Twitter

Changes to the status bar

There are also rumors that Apple will fit another icon into the status bar.

A comparison of screenshots, purportedly from an iPhone 14 Pro‌ Max and an iPhone 13 Pro Max, show a marked difference.

It’s been claimed that Apple is planning to enlarge and realign the status bar’s items to account for the new punch hole design.

Another screenshot of an overlay appears to show the reception signal symbol and battery indicator shifted slightly lower and to the right.

Apple may have given the game away with a patent application first seen by Patently Apple.

The application revealed that Apple may be planning to use a “light-folded projector to reduce the footprint of components to maximise the display area.”

iPhone 14 expected to have bigger camera

The camera on the iPhone 14 range is predicted to feature “significant” upgrades on previous models.

Respected Apple analyst Ming-Chi Kuo revealed last year that he expected there would be a 48-megapixel camera in the high-end iPhone 14 models.

The phones will also likely have 8K video recording capacity, taking the iPhone 14 range to the “next level”.

This is what Kuo had to say, as reported by MacRumors:

And the new series of phones could be slightly larger than previous models, according to leaked images of prototype moulds.

The new range of phones will also likely have autofocus capabilities to improve video calls.

Another report claims the chassis surrounding the glass could be made from titanium.

That would follow the move by Apple to use the strong, scratch and corrosion-resistant metal in Apple Watches.

It’s thought the iPhone range will use the same A15 chip that was featured in the iPhone 13 series.

But Kuo revealed in March this year that the two pro models will upgrade to the A16 processor.

Production trials on the new phones reportedly began in July this year, with mass production expected to start this month.

There are varying claims about how much the iPhone 14 will cost.

Kuo estimated that the iPhone 14 range would be about 15% more expensive than the iPhone 13 series — another major price rise.