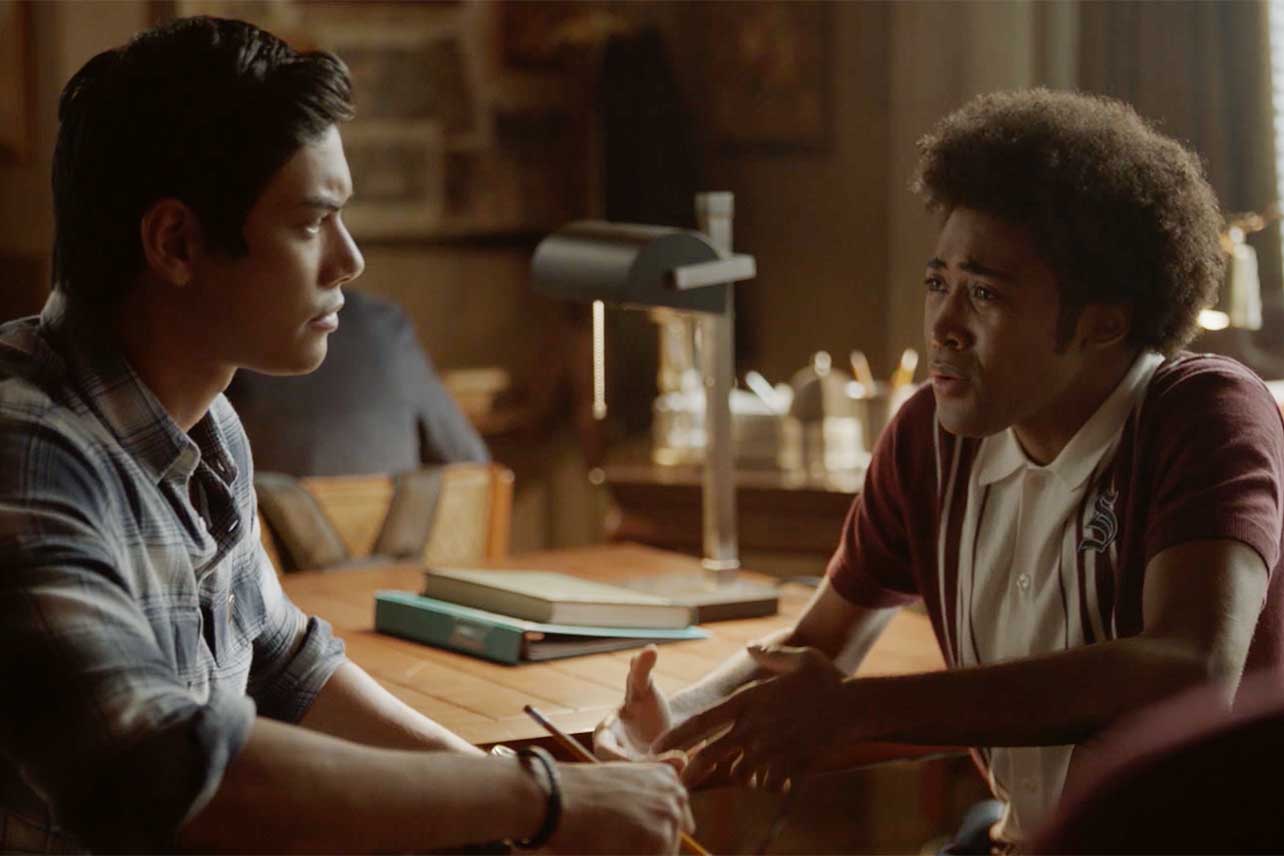 With Hope Mikaelson (Danielle Rose Russell) turned to the dark side, there’s a power vacuum in the Super-Squad on The CW’s Legacies. And in Decider’s exclusive clip from this week’s episode, “You’re a Long Way From Home”, the boys try to figure out what to do next — only to be waylaid by an invisible Ethan (Leo Howard).

In case you’re a little behind on the series, a few episodes back Hope finally made the big decision she’s been dreading for years: die, in order to awaken her vampiric side, and become the mythical tribrid, a combination of vampire, werewolf and witch. Unfortunately, this led directly to her having to kill her boyfriend Landon (Aria Shahghasemi); and the moment she did, her humanity switched off, protecting her from the pain… And turning her bad.

Now, Hope is travelling around the country, doing whatever she wants — including sending her former mentor Alaric (Matt Davis) into a coma. The Super-Squad, aka the Salvatore School students, found out that Hope was behind the attack on Alaric. Now, they just need to figure what to do next.

You will find the team of MG, Quincy Fouse, Kaleb (Chris Lee), Jed and Wade (Elijah B. Moore), as they attempt to tackle the supernatural madness that is plaguing the school.

“We have to try again,”MG. “I just don’t know why we keep failing so hard. We must be missing something.”

Kaleb, however, knows what it is: “A leader! We’re so used to relying on Hope that we never made a plan B. And Final Destination New Orleans is telling us exactly what happens if actual Hope comes back to the school and we don’t have one.”

Kaleb is likely to be referring to the body of a flunky who was found in a New Orleans bar last week. He had been burned to a crisp, and was filled with darts. Into the discussion, though, comes invisible Ethan — who probably won’t be making leader any time soon.

You can see the rest of this clip by clicking the link above. Legacies airs on Thursdays at 9/8c on The CW.

Where to watch Legacies