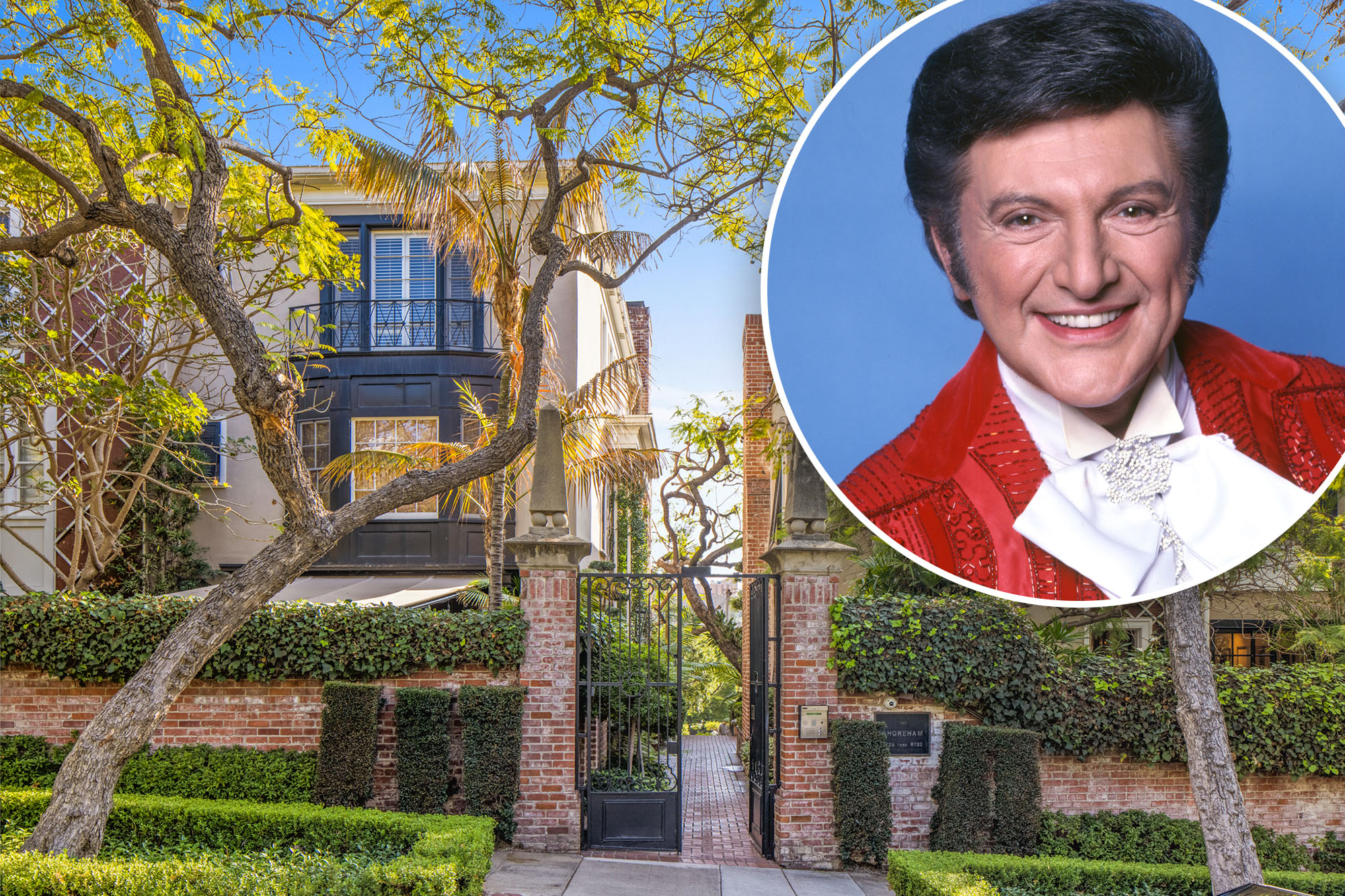 Compared to its flamboyant former resident, this townhouse is downright reserved.

A West Hollywood townhouse once occupied by lifelong performer Liberace is up for sale for $2.88 million — and while it counts the showman among its star-studded prior residents, it features little of his razzmatazz.

No, the 1,937-square-foot, three-bedroom spread at 8732 Shoreham Drive is much more glamour than glitz and, especially compared to other celebrity hideouts, is quite homey.

“A once in a lifetime timepiece,” said agent Drew Meyers, who shares the exclusive listing with JJ Meyers, both of Drew Meyers Estates at Westside Estates Agency. The four-story, four-bathroom residence, built in 1937 in the Hollywood Regency style, now has a distinctly modern feel with inset lighting throughout — but also still features some original details, including the walnut floors, high ceilings and a marble inlaid gas fireplace.

There’s a formal dining room, two master suites, a guest quarters with private entry and, on the top floor, what the brokers claim is the largest private rooftop terrace in all of West Hollywood. A rooftop garden offers approximately 2,000 square feet of garden, panoramic views, a tented dining room, shaded seating areas, a built-in grill and projector TV. There’s also a private, gated courtyard entry with a koi pond and fountain.

There are sweeping views from the roof. Anthony Barcelo

In all, there are three bedrooms. Anthony Barcelo

The terrace is equipped with a grill. Anthony Barcelo

The home is part of a 15-unit complex built by MGM Studios. Anthony Barcelo

The home has four bathrooms throughout. Anthony Barcelo

The home is much more glamour than glitz. Anthony Barcelo

According to the brokers, the rooftop terrace is the biggest in West Hollywood. Anthony Barcelo

There is a lush courtyard at the home’s gated entry. Anthony Barcelo

A portrait of Liberace, who passed away in 1987.Corbis

What’s more, the home comes with a baby grand piano.

In addition to Liberace — who reportedly used the home as his secret hideout, according to Dirt — the home also boasts actresses Ava Gardner and Olivia de Havilland among its previous inhabitants.

“If only these walls could talk,” Meyers added to The Post. “Old Hollywood is still well alive here.”

The address is one of 15 at the Shoreham, a gated knot of apartments and townhouses built by MGM Studios to house talent above Sunset Strip’s Sunset Plaza section.