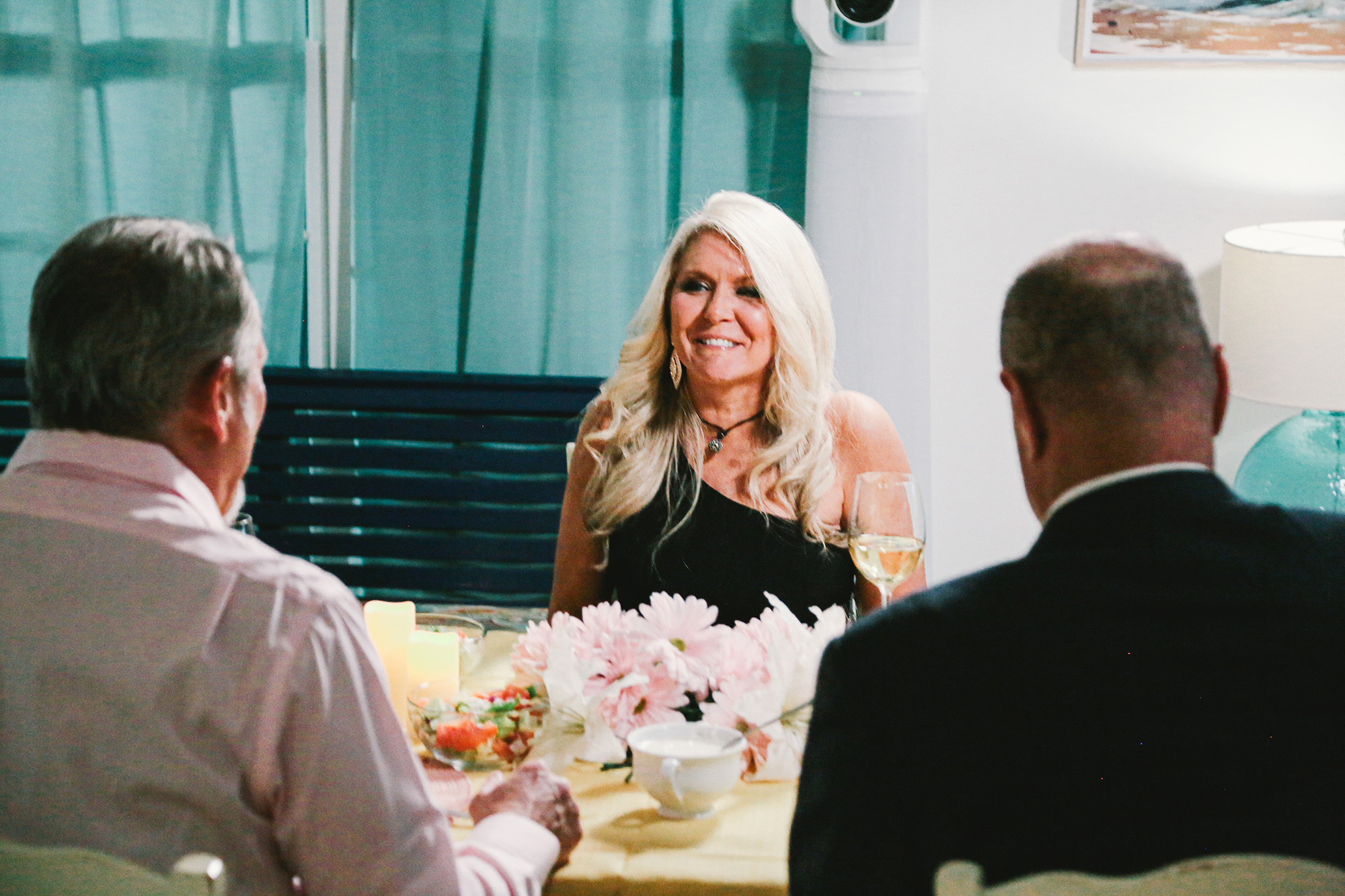 Joyce McNally found love on a reality dating series, which isn’t so unusual in today’s world, except for one thing — the divorced Long Island mom happens to be over the age of 50.

“Our age group is not one that you typically see — I had tremendous hesitation about participating,” McNally, 55, told The Post of her experience on Lifetime’s “Five Guys a Week,” airing Wednesdays at 10 p.m..

A single woman in McNally’s age bracket might not make for typical TV dating fodder, but the mom of one is far from alone — according to a Pew Research study released in 2020, nearly 30 percent of women and men between 50-64 are single.

McNally got married at 20, and divorced at 40. She’s been single for 15 years. Now, the president of a home healthcare organization is readying for her closeup in the August 3rd episode of “Five Guys,” where she welcomes five men into her home for a week, selecting a favorite at the end. Not exactly groundbreaking stuff, except unlike “The Bachelor” or “Love Island,” McNally is not in her 20s or 30s, and neither are the men trying to impress her.

McNally’s suitors on “Five Guys” include Ahrre, 62, a coffee magnate; Kevon, 62, a granddad with a dragon tattoo; Steve, 45, a teacher/model; Ron, 51, a stock trader; and Bryant, 42, a gym owner. It’s a departure for the show to date, which has typically featured more traditionally aged leading ladies and hopeful men.

This is also something of game-changer for the reality dating show genre, which only rarely dabbles in mature matchups; today’s TV landscape is littered with shows such as “Love is Blind,” “The Ultimatum,” and “FBoy Island,” where everyone appears to be well under the age of 35. McNally thinks that’s a shame.

“There are many folks in their 40s, 50s, 60s, that are divorced or not married and could relate to the experience,” she said. And even though she had her hesitations — “I’m not the thinnest!” — it’s an experience she welcomed, and one she hoped others in her situation might find relatable.

After being single for 15 years, career gal Joyce McNally jumped at the chance to try a new way of dating.A+E Networks

She was a little worried about the reaction from the people that know her best, but turns out she needn’t have been.

“Most of my friends and family were really supportive. They know I’m not that terrific at dating,” McNally admitted. “My son is 25, he was supportive of the process but wished it wasn’t so public. I don’t think anyone wants to see their mom kissing anyone on the television screen!”

McNally says that she turned to television after years of looking for love every other way.

“I’m a career gal,” she admitted. “I do a lot of traveling. I tried the dating sites for a little while, but when you’re on those, it really is a full-time job. It’s challenging with my schedule. It hasn’t lent itself to finding the right person. When this opportunity came up, I was excited.”

The show features the usual activities and challenges, but with a twist — not all the contestants are under the age of 35.A+E Networks

McNally noted that on standard first dates, everyone “brings their A-game,” so it can take a few months to get beneath the surface.

On the show, she has the men bunk down on air mattresses in her spare rooms, with two guys per room, sharing close quarters.

“Moving into my home and living with me for a week, everyone let their guards down,” she said. It was, at times, chaotic — but also a lot of fun.

She also thinks that her age might have worked in her favor.

“I think life experience is an advantage,” she said. “You learn what you’re looking for.”

Ultimately, McNally did find her Mr. Right, but details are under lock and key in advance of the episode’s airdate. Fortunately, her match lives locally, which will allow the hopeful twosome to finally spend some alone time together.

At the end of the episode, McNally paired off with a man who also lives in the New York area; the two are currently dating.A+E Networks

“It’s such an easy relationship,” she said of her mystery man. “We’re not like ‘The Bachelor’ where we’re running to the courthouse to get married, but the relationship is continuing to blossom.”

“I never would have expected such an outcome,” McNally admits. “At my age, who would have thought?”