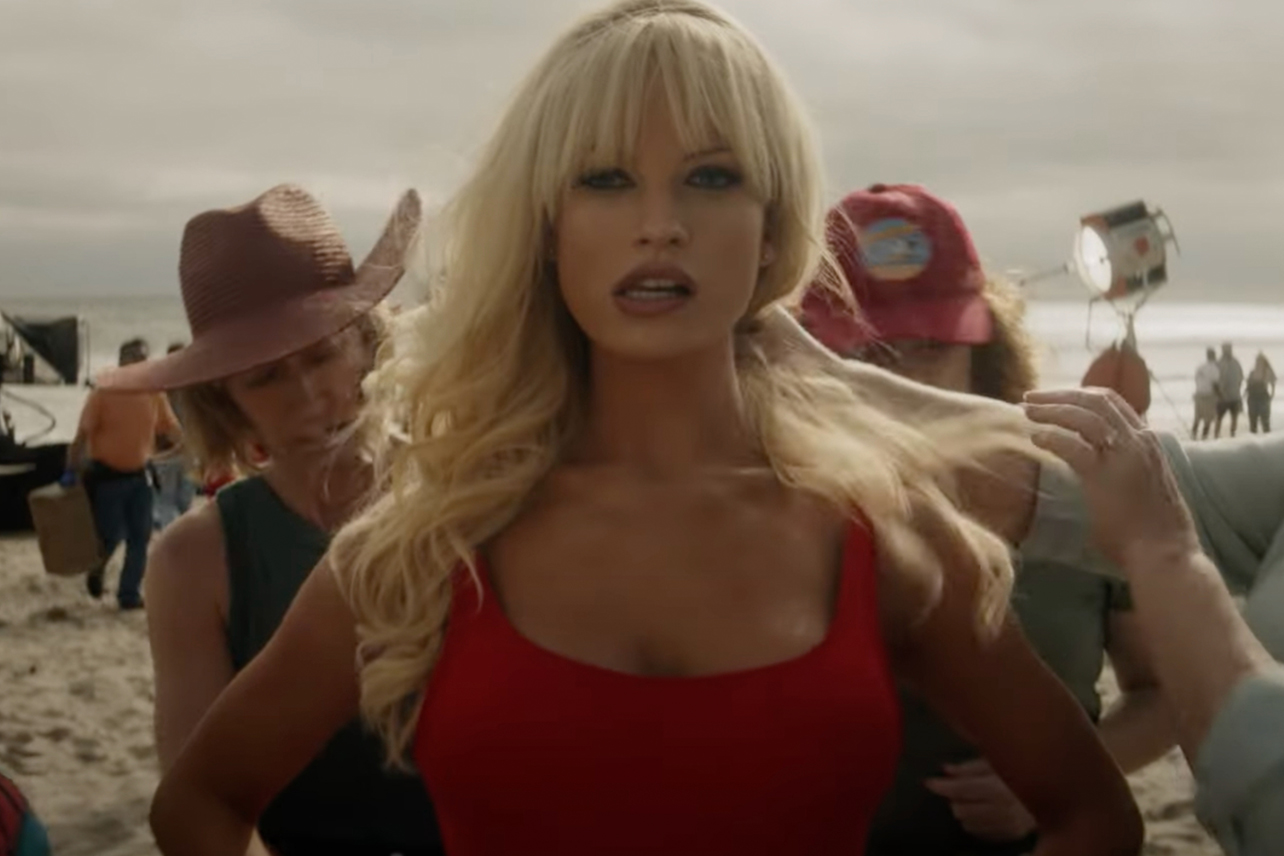 Lily James made headlines for her dramatic transformation into Baywatch star Pamela Anderson in the upcoming Hulu series Pam & Tommy, which explores how Anderson and musician Tommy Lee’s (Sebastian Stan) leaked 1995 sex tape became one of the internet’s first scandals. James spoke out about her research on Anderson in a Porter magazine interview. However, she never got to meet Anderson.

“I was very hopeful that we would be in touch right up until we started filming,” James said of Anderson, explaining that she wanted to invite the star to get involved in the making of Pam & Tommy. “I wish it had been different. My sole intention was to take care of the story and play Pamela authentically.”

James immersed herself in Anderson while she was away. “I read the books [Anderson] has written, I read her poetry, I can parrot along to all her interviews,”James added. “And then, of course, there was the physical transformation. Slowly, our incredible team found a balance where I resembled Pamela but also felt like I could act through it.”

While viewers will have to wait to see exactly how Pam & Tommy handles the ’90s scandal, it’s already faced some offscreen backlash. Musician Courtney Love, who’s a friend of Anderson, spoke out against the Hulu show when first look photos of JamesAnd Stan were released, calling it “outrageous” and “vile.”

James reiterated that it was important to look at the scandal through a new lens.

“It was exciting, thinking about what it meant to be a young woman at the height of her fame… When you look back at some of her interviews from the 1990s, the misogyny is so striking,”She said. “Women are held to much higher standards and attacked in ways that feel so vicious. Pamela had such wit and grace in the way that she held herself. I admire that strength.”

Where to watch Pam & Tommy

Capital Gains Tax: How Much? It depends on the income and the holding period.
ye video viral ho skta h kya? ...