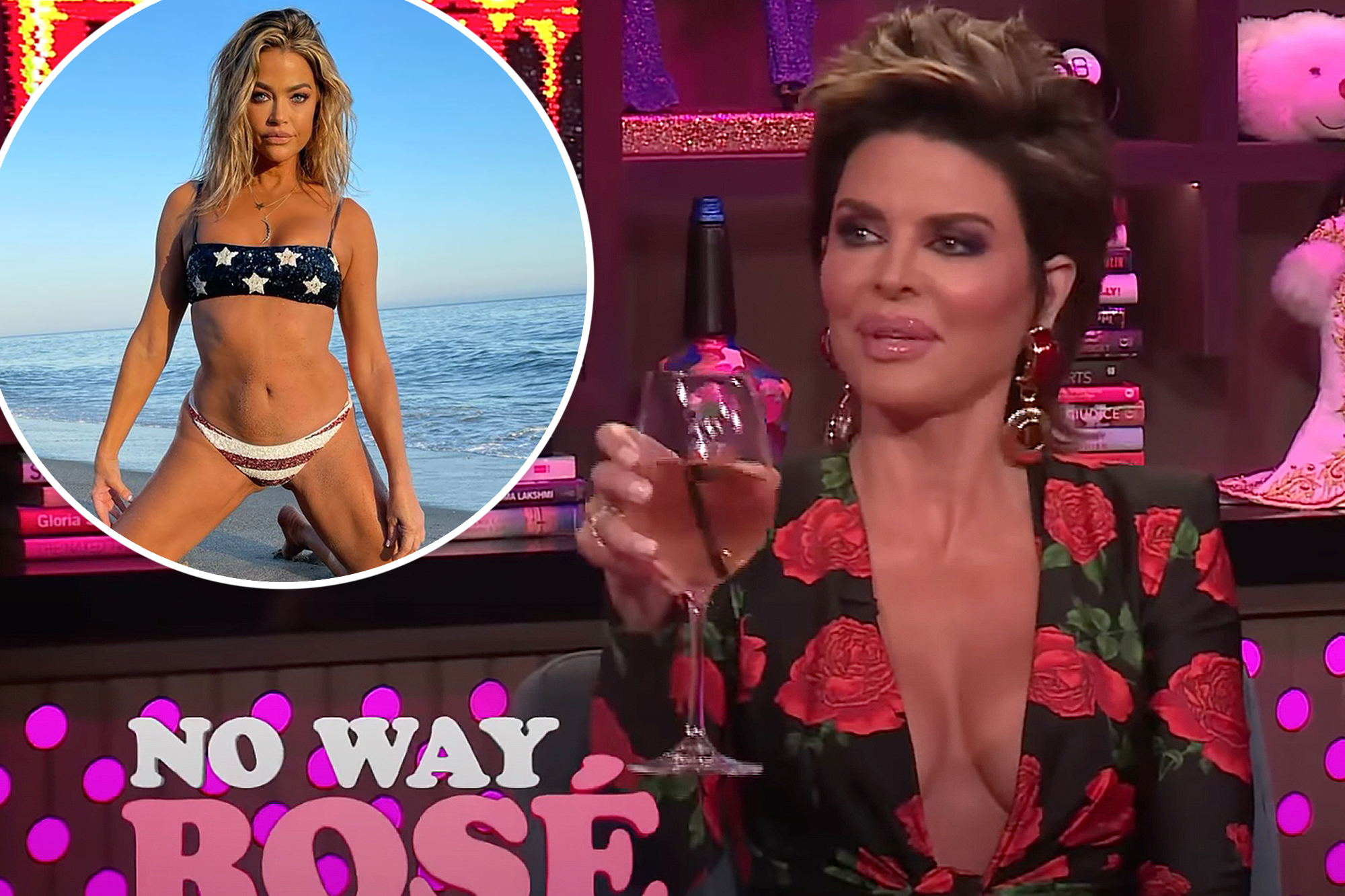 “Make money baby!” Rinna, who’s notoriously taken no shame in promoting products like Depends, said when asked what she “honestly” thinks of Richards joining the NSFW site on “Watch What Happens Live With Andy Cohen” on Wednesday.

“Make the cash! She’s going to make more money than she did on the show. I mean, come on!” Rinna, 59, continued.

Cohen, 54, laughed along and said he “knew you were going to say that.” Unlike Cohen and Rinna, the audience wasn’t as thrilled when they let out a collective “oh no” after Cohen asked the question.

Richards, 51, announced her OnlyFans profile one week after her 18-year-old daughter, Sam “Sami” Sheen, created her own account. The “Wild Things” actress frequently encourages her 1.4 million Instagram followers to subscribe to her account for $25 a month.

Rinna has prided herself on hustling hard for the bucks.Bravo

“It’s summer!!! My favorite time of year💫☀️🏝Chatting with all of you on #onlyfans right now. I personally will answer all of your messages💛 #onlyfans Oh… my link is in my bio🤦🏼‍♀️💛,” Richards captioned a photo of her blowing bubblegum in June.

The “Blue Lagoon” star turned heads when she joined the risqué site on June 23.deniserichards/Instagram

Richards’ new business venture comes nearly two years after she left “RHOBH” with just two seasons under her belt because of a major falling out with Rinna.

The “Days of Our Lives” star reached out to Richards and apologized for “the way I treated you on and around the show,” according to a screenshot Rinna posted last month that she claimed was a text message she sent Richards.

Rinna seemingly apologized to Richards for her behavior on “RHOBH.”WireImage

“Thank you so much for your text. It means alot [sic]. I hope you and your family is [sic] good. 🙏 ❤️,” Richards allegedly replied.

“The Real Housewives of Beverly Hills” airs Wednesdays at 8 p.m. ET on Bravo.