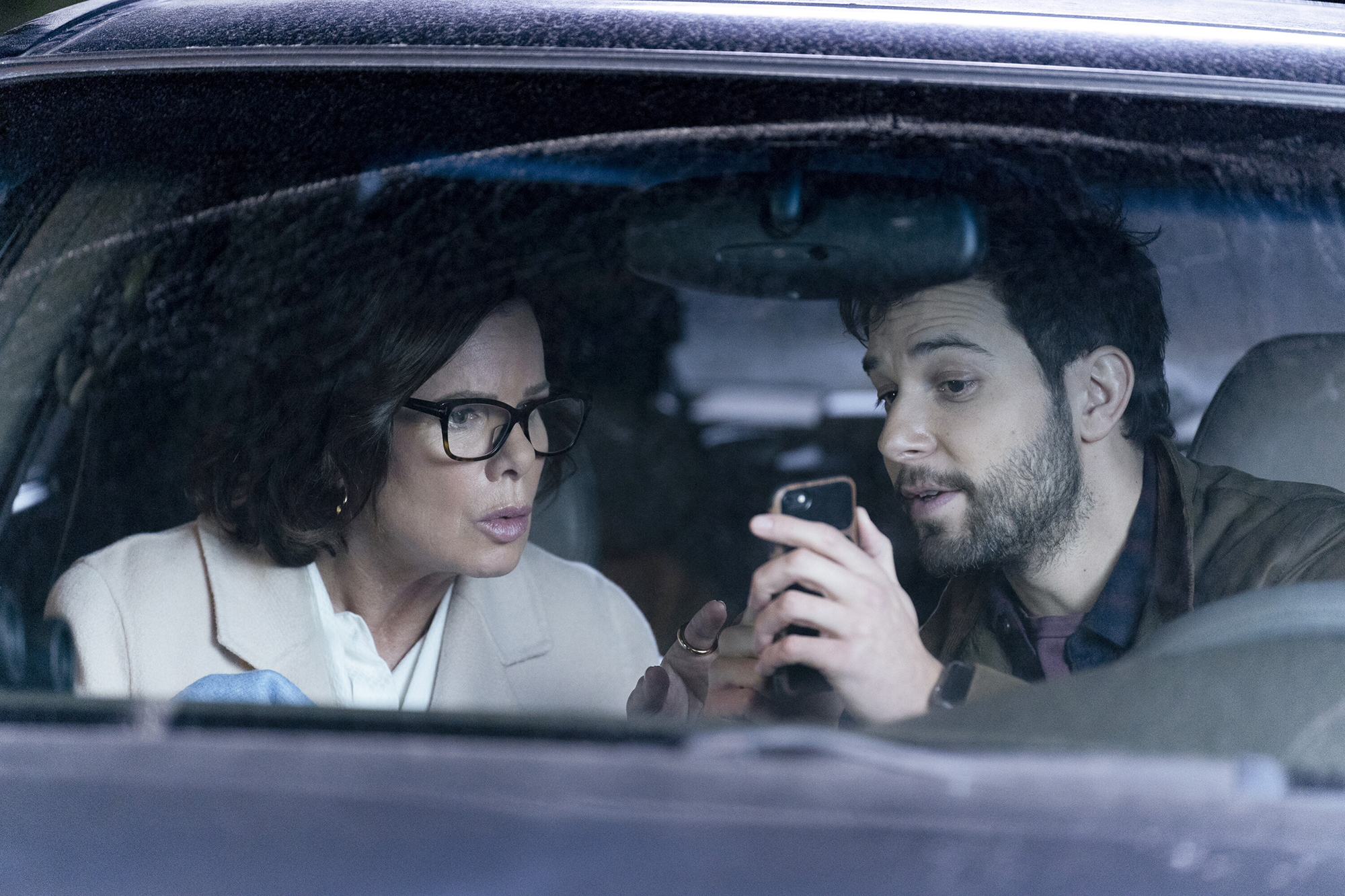 Oscar winner Marcia Gay Harden said her Tony-winning role as Veronica in “God of Carnage” helped shape the character she plays in the new CBS dramedy “So Help Me Todd.”

“‘So Help Me Todd’ is blending the drama with the comedy, and that’s right up my alley,” Harden, 63, told The Post. “It’s truly what I prefer to do. I love comedy … ‘God of Carnage’ was very serious but you never stopped laughing and it was so physical with the [verbal and emotional] pounding [of co-star] James Gandolfini on the couch.

Marcia Gay Harden and Skylar Astin as Margaret and Todd in “So Help Me Todd,” premiering Sept. 29 on CBS.CBS

In the series opener, mother and son find themselves working together, albeit grudgingly, when Todd gets involved in one of Margaret’s cases involving a murder — while, at the same time, trying to find her husband Harry (Mark Moses), who’s vanished off the grid amidst an illness (Parkinson’s), leaving a puzzling trail as to his whereabouts.

By episode’s end, Margaret realizes that Todd for all his foibles, is really good at his job — and hires him as her firm’s in-house investigator to establish the series premise.

“I think this is something a lot of parents relate to and deal with,” Harden, a mother of three, said in reference to Margaret and Todd’s relationship. “When you have a black sheep in the family, first of all, it’s your own kid, so you don’t really recognize how great your kids are until somebody else tells you … In this case, Todd really is a black sheep and probably has ADHD; I sometimes wonder if he’s a little on the spectrum — he’s out there and he isn’t able to be responsible. He’s so outside the box and so unconventional and [Margaret] is so inside the box and a rule follower. I don’t think she realizes his investigative, technical and digital skill levels … and that she has to let him be who he is.

“I think every parent gets to that place,” she said. “At some point you don’t have control anymore and you have to let your kids be who they are and stop trying to shove them into your box. And when you stop that dance I think they exponentially grow. It’s just that classic dysfunctional relationship.”

While Margaret and Todd’s relationship is at the crux of the series, Harden said viewers will see both characters evolve as the series progresses.

Harden said that Margaret needs to let Todd “be who he is” instead of trying to control him.CBS

“What I hope for Margaret is that she stops trying to take care of Todd — that he grows but that she grows, too, that what she wants as a woman in her early 60s comes to fruition,” she said. “That gets forgotten about. Other women across the nation in their 60s are going, ‘What do I want in this second or third chapter of my life?’

“She’s a woman I think people can relate to,” Harden said. “She’s worked her way up from the bottom — her first husband died — and to me it’s not dissimilar to the pandemic of divorce. Women in their late 40s and 50s are no longer child-bearing and no longer, let’s say, driven by the sexual dynamic — and the divorce rate skyrockets and they’re often left with bills and reduced living and kids in college and the whole world of responsibility they gave up.

“What I love about Margaret is that she has this incredible strength; she worked her way up from a legal secretary to a partner in this law firm and now what she really wants is her name above the door, but she’s constantly hitting that glass ceiling and wants to bust through it,” she said. “She’s also made a bit of a mistake by hiring her son … and he’s constantly screwing things up, so he will endanger her rise as they solve cases together. I said to the writers, ‘You better make sure she doesn’t get her name above the door just because Todd helped her.

“Make sure she deserves it because she’s a really good lawyer.”