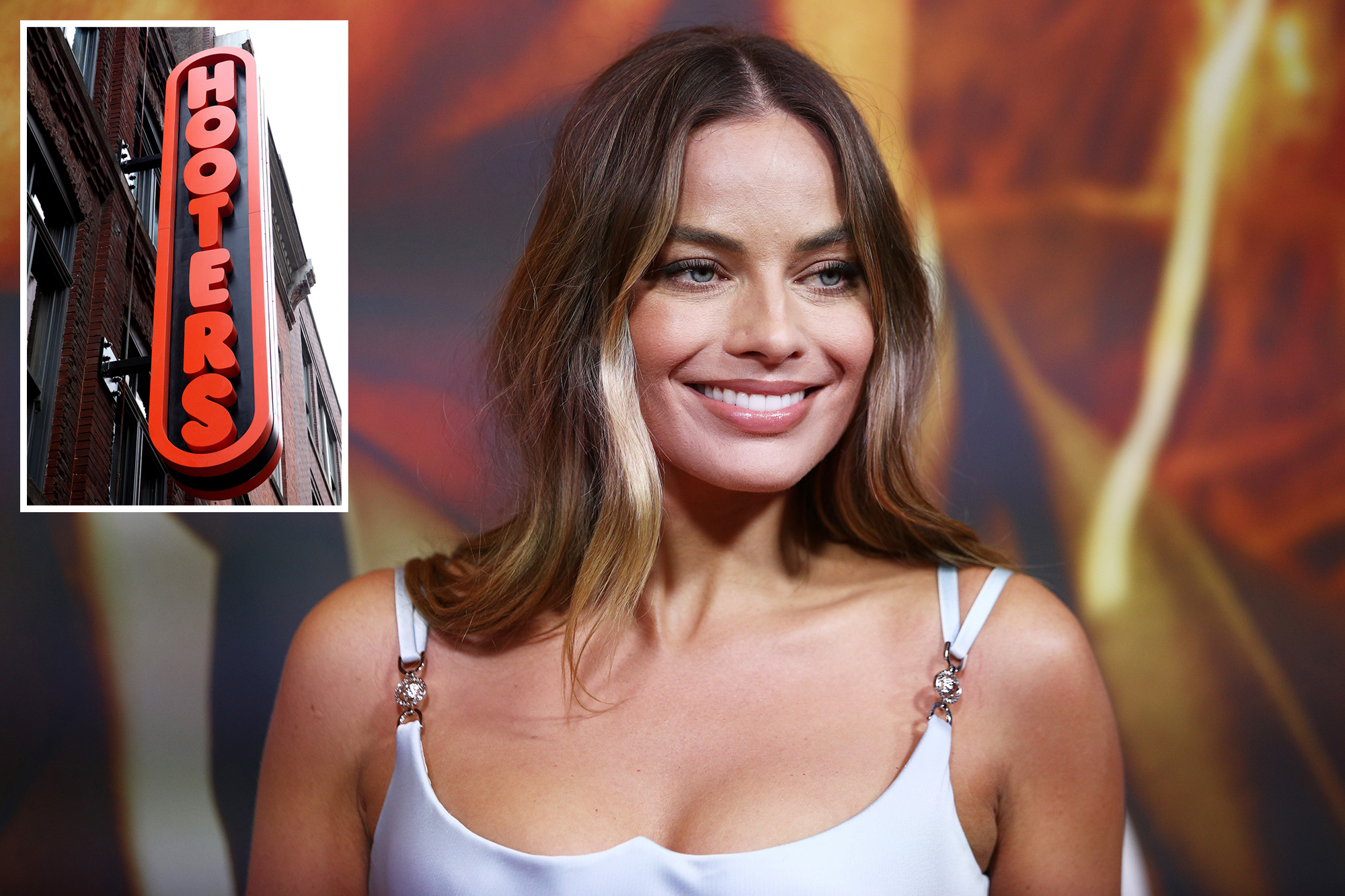 They thought she was a hoot.

Margot Robbie, 32, revealed the popular, brazen Hooters chain — known for its bombshell waitstaff serving mugs and jugs — offered her a job in the aughts.

In a recent interview with NME, the “Babylon” starlet recalled the charming overture, which she said she received during a commercial shoot for the bare-all American restaurants when she was 16 — acting as a patron, not a “Hooters girl.”

“At the end of the day, they offered me a job, and I was like, ‘I think this is where my career is going, and I’m going to end up working at Hooters,’” Robbie remembered.

In the interview, Robbie recalled her time acting in a Hooters ad when she was 16.WireImage

The Australian actress did the NME interview with her “Babylon” co-star Diego Calva, and they shared behind-the-scenes details of the movie that hit theaters last month.

While the film has been compared to the Hollywood version of “The Great Gatsby,” making the drug-fueled, sex-riddled cinematic experience is praised by the co-stars in the NME sit-down.

The pair agreed the film’s director, Damien Chazelle, never rejected ideas from the actors. Chazelle would always ask them for “more.”

“I would give the most I could possibly give, and then his note would be, ‘That was great, I just need more,’” Robbie recalled.

The A-lister is also slated to appear as the titular Barbie in the upcoming Greta Gerwig film, which has captivated fans well before its expected July 21 release.

Robbie even inadvertently spawned a fashion phenomenon known as “Barbiecore.”

The neon-pink trend picked up speed over the summer and quickly became integrated into the 2022 color palette.