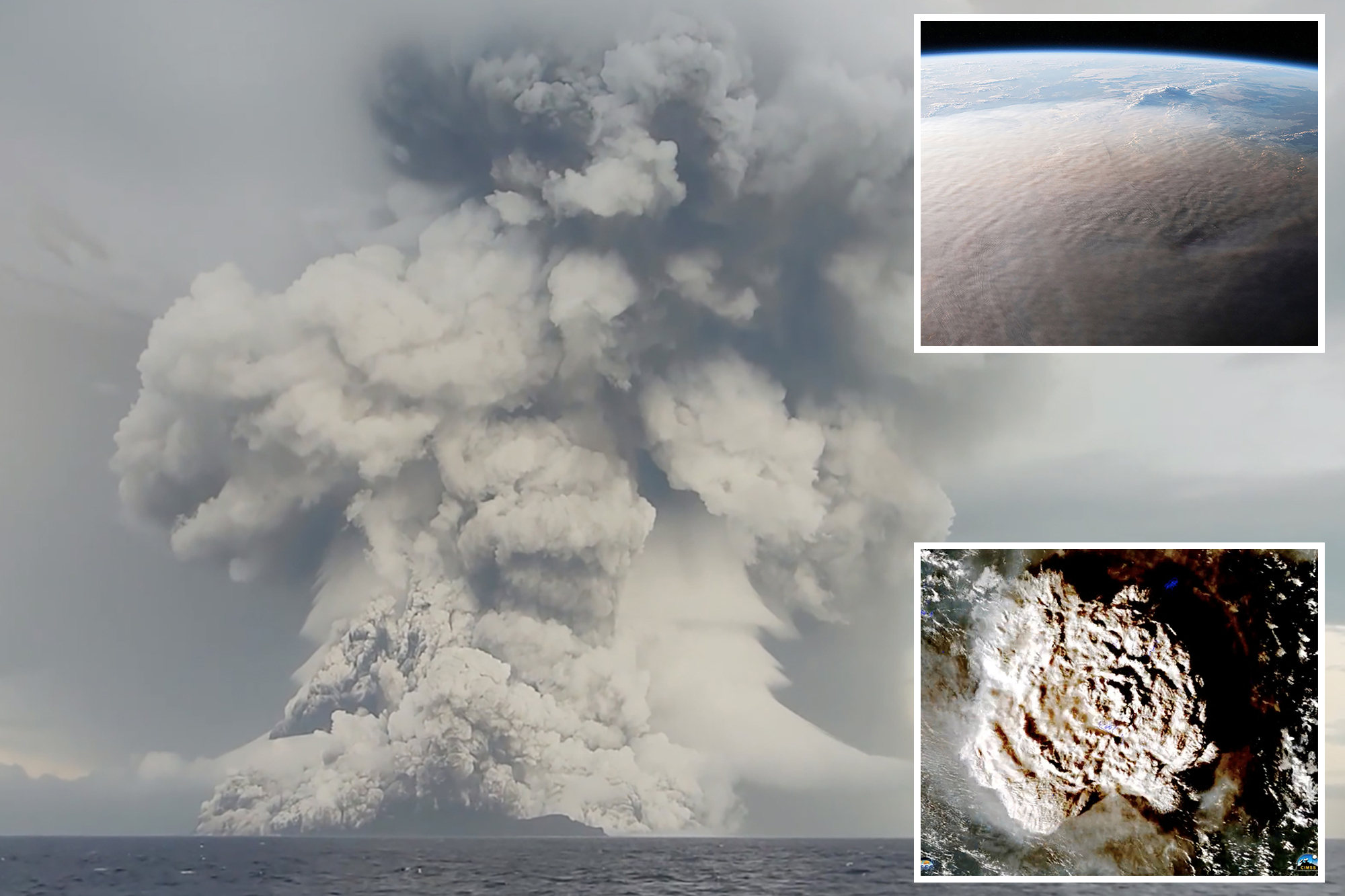 The violent eruption of Tonga’s Hunga Tonga-Hunga Ha’apai volcano on Jan. 15, 2022, injected an unprecedented amount of water directly into the stratosphere – enough to fill more than 58,000 Olympic-size swimming pools.

“We’ve never seen anything like it,” said Luis Millán, an atmospheric scientist who works at NASA’s Jet Propulsion Laboratory.

When the volcano erupted, seawater came into direct contact with erupting lava and was superheated, creating “explosive steam.”

NASA scientists say that the vapor will stay for years, likely affecting the Earth’s global average temperature. Normally the vapor takes around 2-3 years to dissipate, but the water from the Jan. 15 eruption could take 5-10 years to evaporate.

Hunga Tonga-Hunga Ha’apai “may be the first volcanic eruption observed to impact climate not through surface cooling caused by volcanic sulfate aerosols, but rather through surface warming,” Millán hypothesized in a paper.

A plume rises over Tonga after eruption on Jan. 15.NOAA/SSEC/CIMSS via REUTERS

The ash plume from the Hunga Tonga-Hunga Ha’apai the day after the volcanic eruption. NASA Earth Observatory image by

Millán led a study examining the amount of water vapor that the volcano injected into the stratosphere, the layer of the atmosphere between about 8 and 33 miles (12 and 53 kilometers) above Earth’s surface.

Millán and his colleagues’ found that the Tonga volcano sent around 146 tetragrams (1 tetragram equals a trillion grams) of water vapor into the Earth’s stratosphere. The amount of water launched in the stratosphere is equal to 10% of the water already present in the atmospheric layer. Their research was published in Geophysical Research Letters.

The eruption came from a volcano that is more than 12 miles wide. One day before the massive eruption, Tongan officials reported on Facebook the volcano was continually erupting. In the post, they reported that the volcano was sending a 3 mile-wide column plume of ash, steam and gas rising to an altitude of 35 miles into the atmosphere.

The researchers also noted how the water vapor could weaken the ozone layer that protects life on Earth from damaging radiation from the sun.

The study authors said it’s still too early to predict the exact climatic effects of the Tonga eruption. “It is critical to continue monitoring volcanic gases from this eruption and future ones to better quantify their varying roles in climate,” Millán wrote.