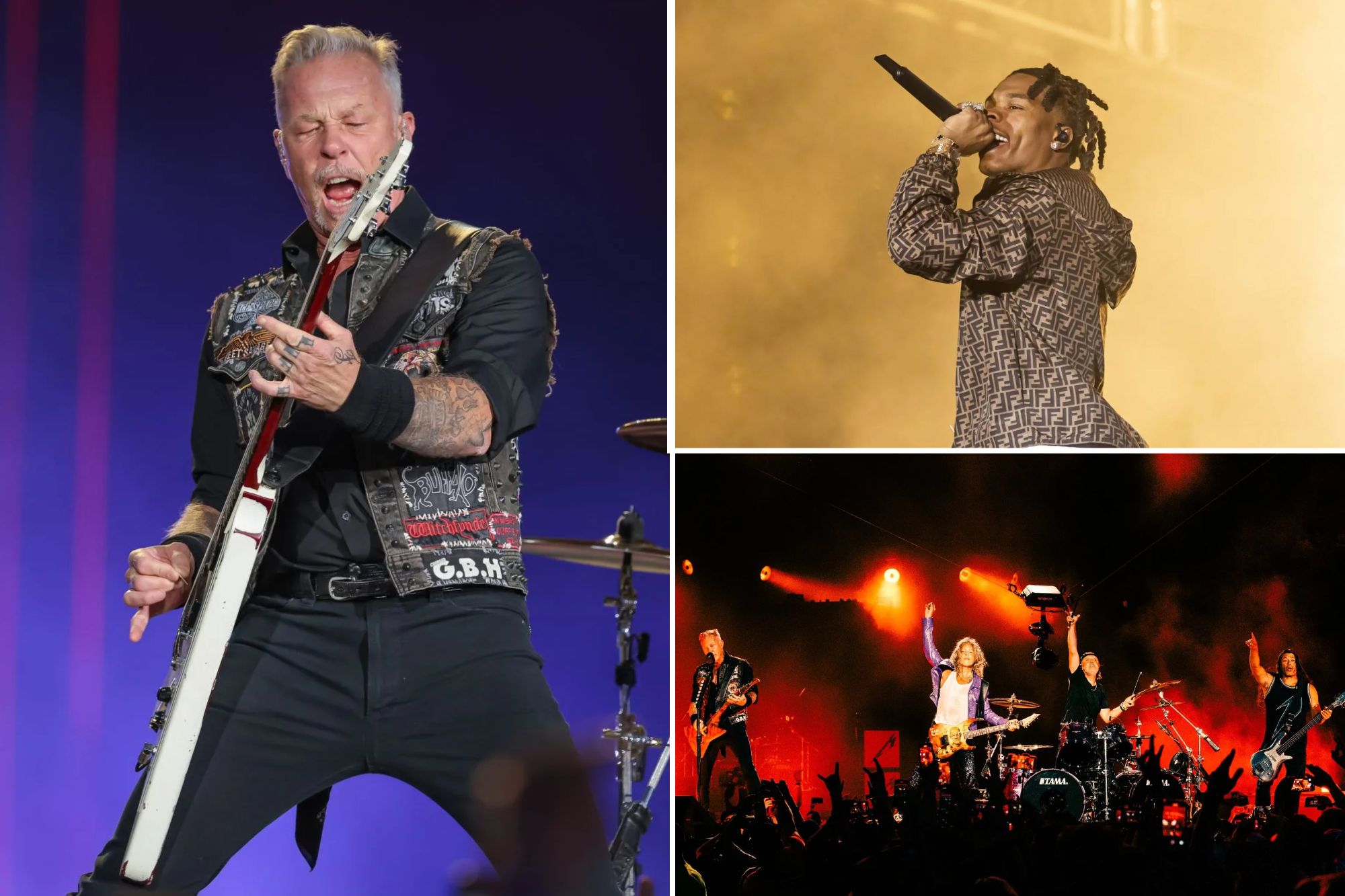 Music fans lived out their dreams Thursday night when headliners Metallica rocked their world with an electric set to cap off Day 1 of Lollapalooza Festival.

Chicago’s very own music extravaganza welcomed the heavy metal icons for an unforgettable performance of their greatest hits for the first time since their last appearance at the festival in 2015.

The band even gave a special shoutout to Netflix’s hit show “Stranger Things” which helped introduce an entirely new generation to Metallica’s music.

The show famously featured the band’s hit track “Master of Puppets” in season 4, which instantly went viral and racked up millions of listens on streaming platforms.

And none other than frontman James Hetfield expressed gratitude to the show’s producers for feating the track.

“Forty-one years to still be up here kicking your asses and you still kicking ours … we were born to do this and we’re glad we’re still doing it,” Hetfield told the crowd before asking how many first-timers were in the audience.

A large number of hands went up, which prompted Hetfield to quip, “Where have you been?”

Metallica treated fans to some of their biggest hits, including “Whiplash,” “Creeping Death,” “Enter Sandman,” “The Memory Remains,” “Wherever I May Roam” and “Nothing Else Matters.”

Just when fans thought they’d heard the best, Metallica treated the crowd to “Sad But True,” “For Whom The Bell Tolls” and “Seek & Destroy.”

Metallica unleashed their biggest hits as the mixed-generations crowd went wild.Lollapalooza via Twitter

As a special treat for the younger audience, the band went on to play “Master of Puppets” which was accompanied by a stunning firework display.

The band later returned for an encore and also performed a cover of AC/DC’s “It’s A Long Way To The Top (If You Wanna Rock ‘N’ Roll).”

On another stage close by, headlining rapper Lil Baby had the crowd going wild with his energetic set.

Metallica frontman James Hetfield rocked out onstage as he thanked fans for continuing to support the band.Getty Images

Treating fans to his Grammy Award-winning hits, the rapper started out with “Pure Cocaine,” “On Me,” and “We Paid.”

Lil Baby was joined by DJ Champ on stage, who was responsible for determining the crowd’s body language which would influence which track the rapper had lined up next.

Lil Baby treated fans to his Grammy Award-winning hits, including “Drip Too Hard,” “On Me,” and “We Paid.”Getty Images

The rapper also performed his 2018 classic “Drip Too Hard” which features a verse from rapper Gunna. During the song, Lil Baby took over Gunna’s verse and paid homage to his pal who is currently in jail right now. Gunna is awaiting trial in January for a gang-related indictment.

Day 2 promises a big night of music with Machine Gun Kelly and singer Dua Lipa set to headline on their respective stages.

Other acts include rockers Royal Blood, and rapper Don Toliver who will take to the main stage ahead of MGK.

The festival is available for streaming exclusively through Hulu.