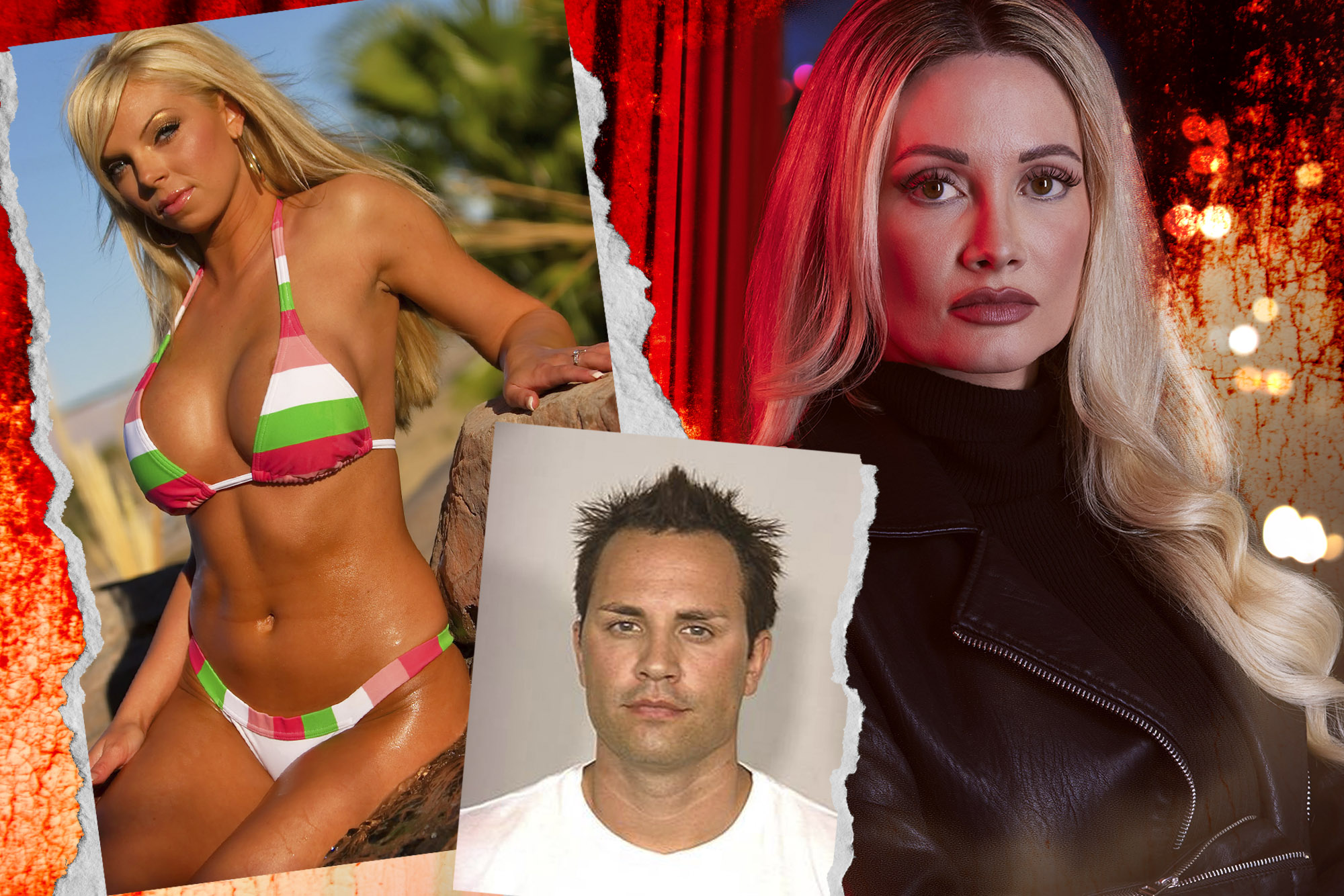 In July 2022, when Holly Madison, a one-time Playboy bunny and girlfriend of Hugh Hefner, began probing into the 2009 murder of 28-year-old Playboy party hostess Jasmine Fiore, the ex-pinup was startled by an ugly similarity.

While Madison didn’t know Fiore personally, both were bosomy blondes with beaming smiles — giddily bouncing around between sultry photoshoots and Hef’s star-studded mansion soirées in the early 2000s. And both had a history of being abused by men.

“Jasmine’s was such a horrific story. She was a victim of a horrific crime and involved in an abusive relationship,” Madison, 43, told The Post.

“I’ve also been in relationships that were abusive,” she said, noting that the late Hefner was “emotionally” and “mentally” controlling — dictating everything from the length of her hair to the shade of her lipstick.

In August 2009, Jasmine Fiore’s dismembered body was found zipped inside of a suitcase and tossed into a dumpster in Buena Park, California. ZUMAPRESS.com

“I can relate to her so much,” she said.

As the host and executive producer of Investigation Discovery channel’s new six-part docuseries, “The Playboy Murders,” out Monday, Madison is shedding light on the tragic deaths of women who once bore the iconic bunny ears, including Fiore’s brutal killing at the hands of her husband.

“Men talk about [dating] Playmates … some want that trophy on their arm,” said Madison. “But then they become so jealous.”

As one of Hef’s main girlfriends between 2001 and 2008, Madison often recounts the late baron’s “gross” sexual proclivities.

While living in Hef’s famed mansion, Madison said neither she nor any of the other live-in playmates could turn to anyone within the Playboy brand for help out of the “controlling” environment while under the mogul’s watchful eye.
Contour by Getty Images

Madison tells The Post that she characterizes her romantic relationship with Hugh Hefner as often emotionally and mentally abusive.
Getty Images

Fiore was raised by a single mother, Lisa Lepore, in the small town of Bonny Doon just outside of Santa Cruz, California.

In 2000, an 18-year-old Fiore auditioned to be a Playboy centerfold. She didn’t make the cut, but was tapped to serve as a “Girls of Playboy Golf” hostess. Six years later, she was promoted to the position of Playboy event coordinator, organizing branded parties in Los Angeles and Las Vegas.

It was in Sin City that she met Jenkins, a Canadian real estate entrepreneur in his 20s, on March 16, 2009. At the time, he’d just been booted off the VH1 reality competition series “Megan Wants a Millionaire,” starring former Playboy “Cybergirl of the Week” Megan Hauserman.

Madison delves into the heinous murder of Jasmine Fiore and other slain Playmates in ID’s new docuseries, “The Playboy Murders.”Jeremy Freeman

During the show’s filming, Jenkins, who falsely represented himself as a real estate tycoon worth over $2.5 million in order to be cast on the show, expressed his love for Hauserman in a series of romantic letters.

In “The Playboy Murders,” Hauserman claims producers forced her to dump him and select another suitor as her final match. She received a call from him two days later.

“And before I got to explain to him what happened, he said, ‘I have met the love of my life and I’m married.’”

Jenkins and Fiore tied the knot at Vegas’ Little White Chapel on March 18 — less than 48 hours after meeting. He popped the question after discovering their birthdays were just days apart in February.

Hauserman, pictured here, says Jenkins had claimed her as the love of his life only days before he met and married Fiore. Getty Images

“He thought it was a sign that she was the one and he had to marry her,” says Hauserman. “Ryan thought that if he couldn’t be married to me, he’d find another Playboy model to get married to.”

But his adoration of Fiore’s beauty and celebrity had a dark side.

“About a month after they got married, he saw her talking to somebody, got jealous and pushed her into the pool,” Buena Park detective Greg Pelton says in the doc.

Jenkins spent the night in jail after being arrested on a domestic violence charge.

After only knowing each other for two days, Fiore and Jenkins got married in Las Vegas on March 18, 2009.
SplashNews.com

By June, the newlyweds were on the verge of divorce and largely living apart. Jenkins reconnected with Hauserman, seeking her advice over dinner in Los Angeles.

“Ryan told me that Jasmine was ruining his life. But he’s also obsessed with her not leaving him because he wants to win. He can’t accept any rejection,” Hauserman recalls.

Jenkins then signed on for the cast of VH1’s “I Love Money,” Season 3, in Mexico. While shooting, Jenkins’ sole focus was winning the $250,000 grand prize in the hopes of regaining Fiore’s affection.

Hauserman claims Jenkins told her that Fiore was ruining his life.

“Producers told me that he was so obsessed with winning the money so that maybe he could win back his wife,” says Hauserman. “And he’d just call her all the time from the show. Trying to keep an eye on her.”

Fiore ultimately gave in to his persistence.

On August 13, she agreed to accompany Jenkins to a poker tournament in San Diego, where they booked a room at the L’Auberge Del Mar resort.

Later that evening, at the tournament, which was held at a nearby location, Jenkins discovered that Fiore had been secretly texting an ex-boyfriend, Robert Hasman.

Her text to Hasman read, “Send a plane for me. Come get me. I’m coming back to Vegas to be with you. I’m done with Ryan Jenkins,” investigative journalist Mark Ebner says in the doc.

But investigators say he then left the ground-level room through the patio doors and dragged a badly beaten Fiore inside. When she tried to call the police, he strangled her to death.

After Jenkins’ arrest, Fiore decided to give their marriage another shot, and agreed to join him on what would be a fateful trip to San Diego.
SplashNews.com

During their stay in San Diego, Jenkins discovered that Fiore had been in communication with an ex-boyfriend.
SplashNews.com

On August 15, Fiore’s naked and dismembered corpse was found stuffed inside a suitcase discarded in a dumpster in Buena Park, California.

But police were initially unable to identify the body, which was missing fingers and teeth.

Still, the killer “forgot one item,” Pelton says — her breast implants, which were removed during an autopsy and contained unique serial numbers.

An international manhunt for Jenkins ensued.

He managed to sail a wakeboard boat close to the Canadian border. When he was stopped by the US Coast Guard, Jenkins took off on foot and ran through the woods into Canada. Once there, Jenkins booked a motel room where he hanged himself on August 23. He left a suicide note that read, in part: “I’m sorry for running away from responsibility.”

Madison — who told The Post that she feels “kinship” with Fiore as a survivor of relationship abuse — hopes her tragic tale, as well as the others featured in the series, inspires empathy for victims.

“They’re all incredibly compelling, real-life stories that could happen to anyone,” she said.