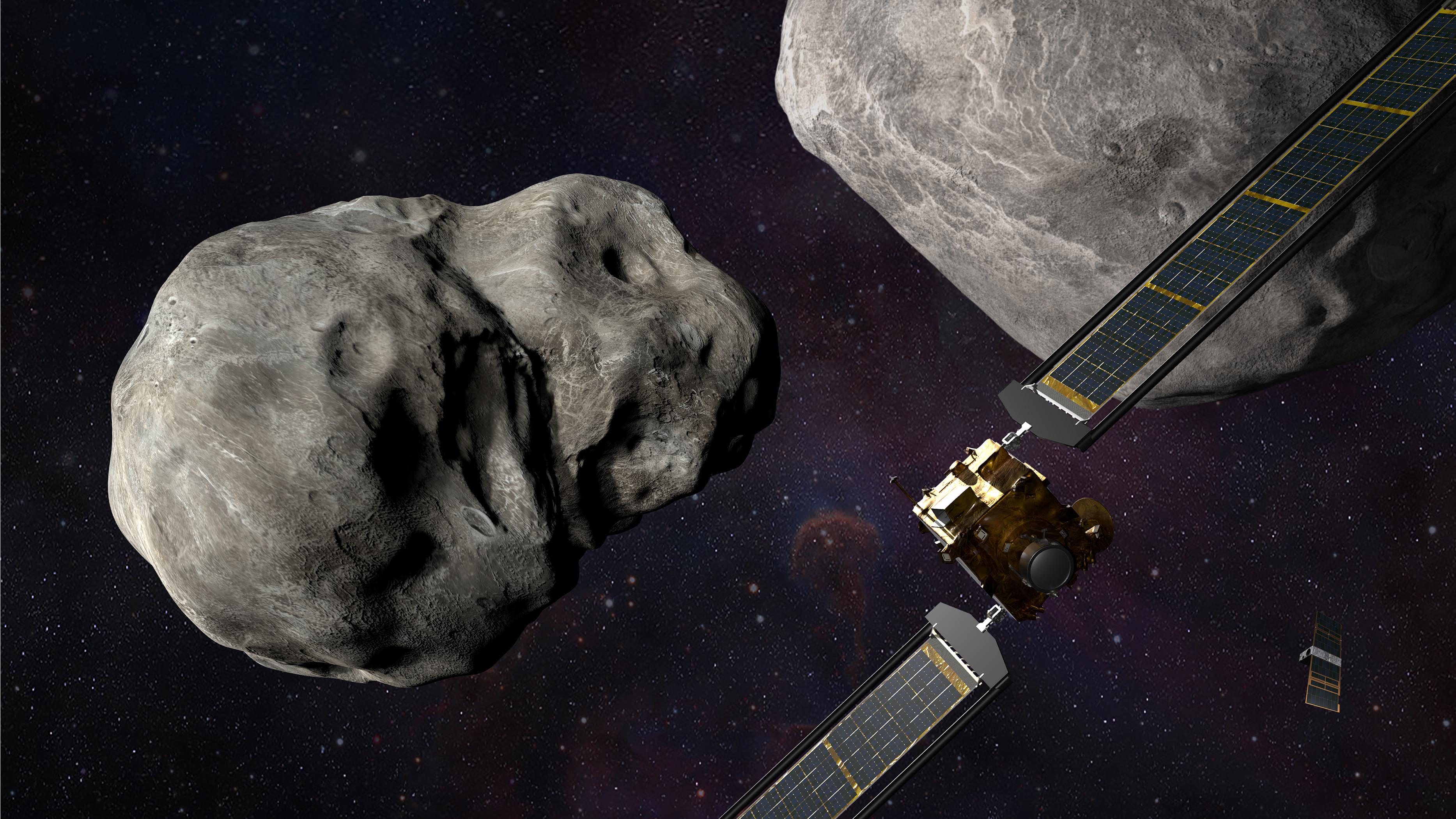 A spacecraft designed to crash into an asteroid 11 million miles from Earth has sent back its first photo from outer space.

The Double Asteroid Redirection Test (DART) is currently hurtling through space on an Armageddon-style mission.

Its aim is to trial tech that could defend Earth from potentially devastating asteroids in the future.

The spacecraft opened its “eye” two weeks after blasting off from a base in California back in November and we can now get a glimpse of its trip.

Taken some 2million miles from Earth, the slightly grainy shot was made possible using the DRACO telescopic camera on board.

Scientists have been able to make out about a dozen stars, near where the constellations Perseus, Aries and Taurus intersect.

But DART isn’t due to reach its final destination until September 2022, so we can expect more photos to come during its long journey.

On Dec. 10, DART’s DRACO camera captured and returned this image of the stars in Messier 38, or the Starfish Cluster, which lies some 4,200 light years away.NASA/Johns Hopkins APL

Should the mission prove successful, it could pave the way for a new planetary defense system that can deflect incoming space rocks before impact.

The scheme mirrors the plot of Hollywood mega-hit “Armageddon” in which NASA flies a spacecraft to an asteroid to stop it hitting Earth.

DART is flying towards the binary near-Earth asteroid Didymos, which is about 740 meters (2,427 feet) across and sits between the orbits of Earth and Mars.

But that’s not strictly the focus of the mission.

DART is expected to reach its target in September 2022. NASA

Instead, NASA’s intrepid battering ram will set its sights on a smaller asteroid – or moonlet – orbiting Didymos closely.

DART will smash into the space rock at 15,000 mph in an attempt to change its orbital trajectory around its host.

After DART crashes into its target, NASA and ESA telescopes on Earth will pour over it to check whether the scheme has worked.

A tiny cubesat launched alongside the mission will collect data before, during and after the impact.

DART is designed to test the tech that could one day save Earth from killer asteroids.NASA/Johns Hopkins APL

This article originally appeared on The Sun and was reproduced here with permission.