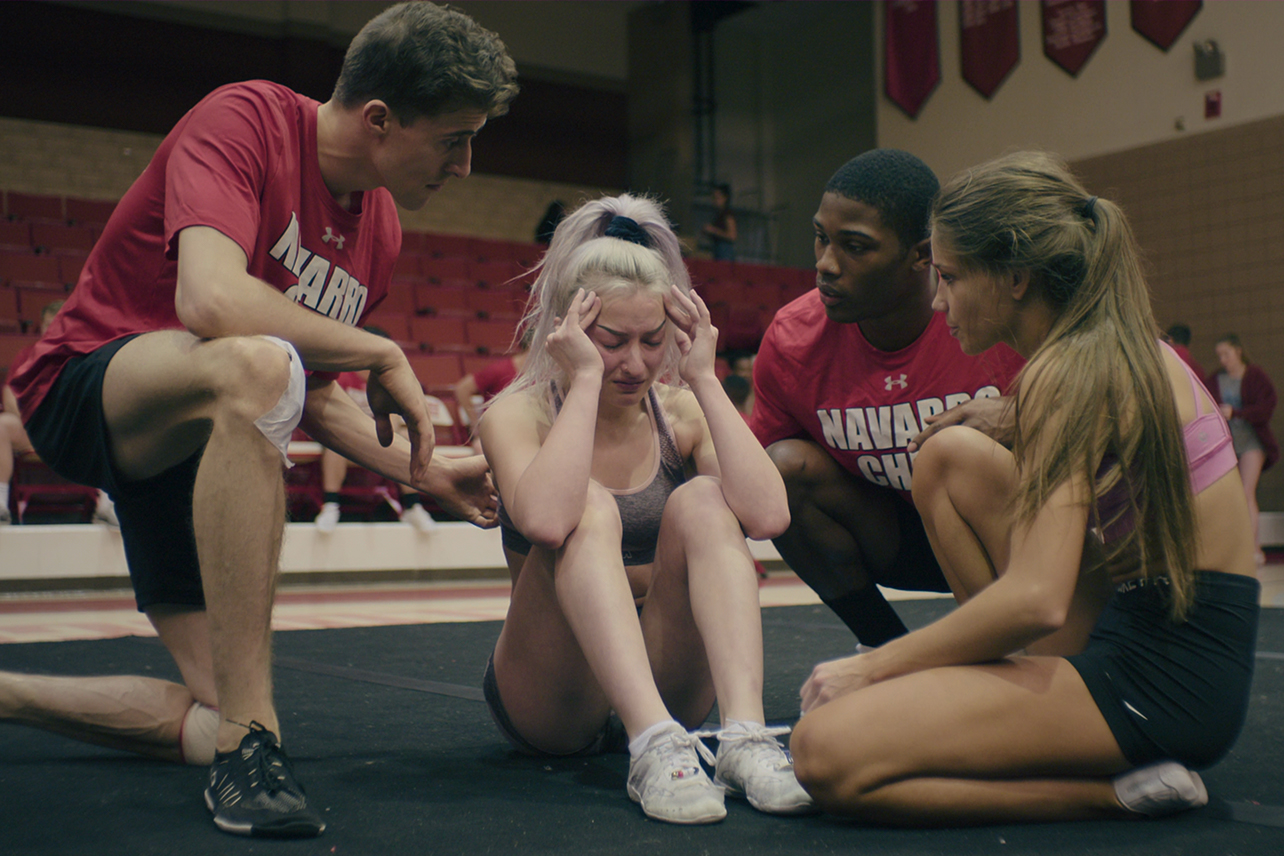 Navarro Cheer will be returning to Netflix. The streamer announced today that Cheer, which follows rival Texas cheer teams, will return to Netflix with a new season. Netflix also released a trailer for the sophomore season, which teases the Navarro squad’s emotional reactions to everything from newfound fame to pandemic disruptions to a serious criminal allegations being levied at a former teammate.

Cheer Season 2 will examine the case of Jerry Harris, a Season 1 cast member, who was arrested in September 2020 for producing child pornography. In December, Harris was charged with child pornography and enticing minors into sexual activity. Harris has pleaded guilty to the federal case, which is still ongoing. Two other cheerleaders were also charged in separate criminal cases relating to sexual misconduct with minors in February 2021.

Navarro cheer faces significant pressure as they deal with the fallout from these cases. This season, Cheer will also follow their fiercest rival: The Trinity Valley Community College cheer team, which includes one athlete who’s described as “the Simone Biles of cheerleading.”The 2020 cheer season was interrupted by COVID-19. Now, the two teams are ready to face off at the 2021 championship in Daytona (Florida).

“I am a huge believer in the power of stories and telling them honestly. I believe the story is going to ultimately be the best version of itself when you are honoring what is true, and you’re not running from it,”Greg Whiteley, Cheer executive producer and director, stated in a statement. “This season covers events as they unfolded, beginning in January 2020 through April 2021.”

He continued: “The new episodes also tackle extremely difficult moments, including the impact of COVID-19 and criminal charges against one of Navarro’s former team members. It was inspiring, heartbreaking, sometimes frustrating, and ultimately moving to be a part of their lives.”

Netflix will premiere Cheer Season 2 on Wednesday, January 12. Scroll up to see the official trailer.

Where to watch cheer

China is interested in tech ‘self-reliance,’Global unease is fuelled
Which is better for online tax filing?