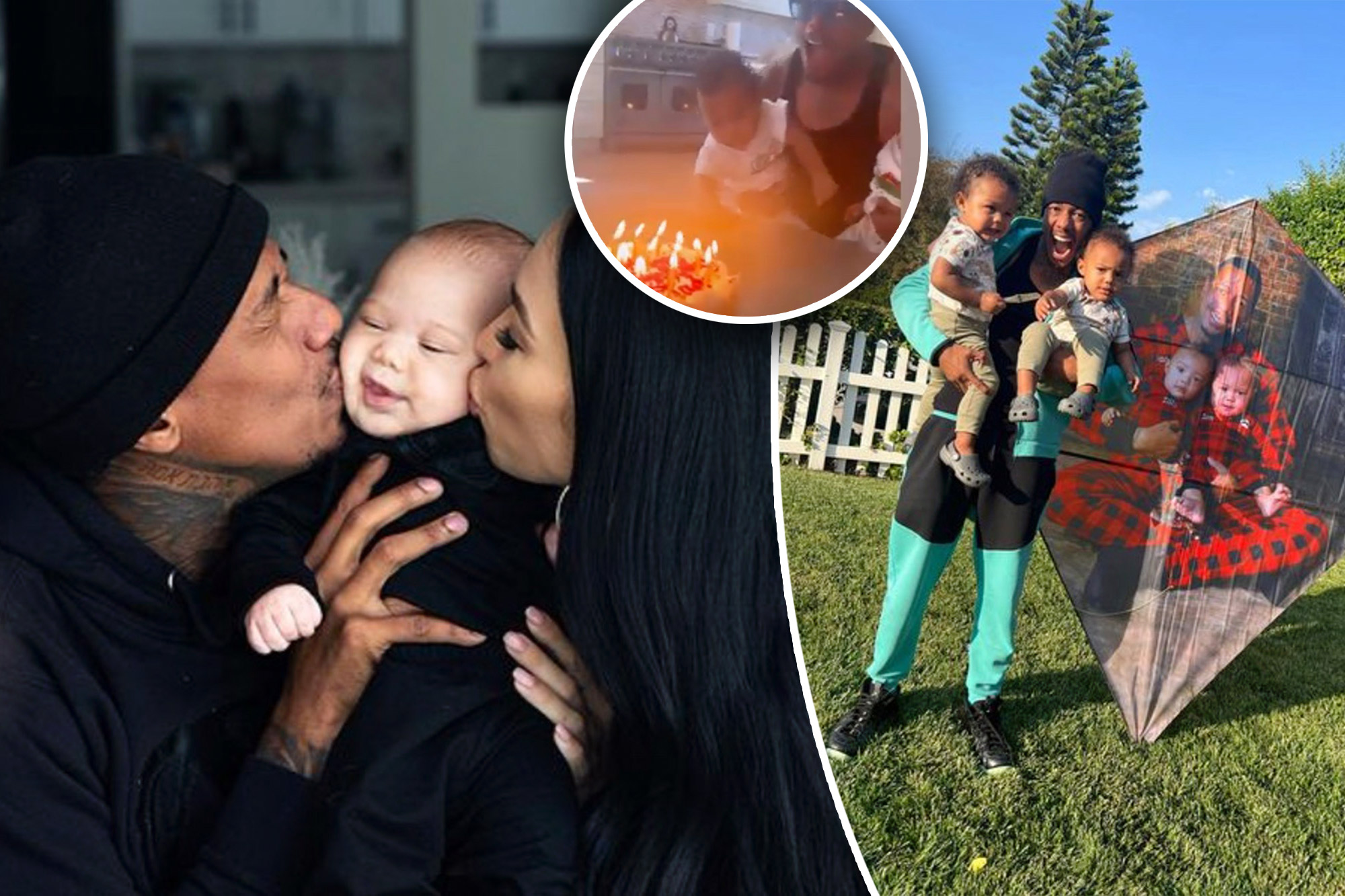 There was no shortage of love for father of 10 Nick Cannon on his big day.

The comedian, who turned 42 on Saturday, was showered with well-wishes from his children and various baby mamas.

“I know you hate your birthday, BUT ledge and I are going to celebrate you every year forever,” model Bre Tiesi wrote on Instagram, referencing their baby boy Legendary.

”Thank you for the best thing that’s ever happened to me. we love you. Cheers to a lifetime of love and memories I got you for life 💙♾ 🔥,” she added.

The “Masked Singer” host also received a sweet message from Abby De La Rosa. The two share 1-year-old twins Zillion and Zion, with another baby on the way.

Nick Cannon was showered with love from his children and various baby mamas on Saturday for his 42nd birthday.Instagram/@bre_tiesi

“Wake that ass up y’all and go wish Nick Cannon a happy birthday,” she wrote on her Instagram Story. “We are so beyond grateful for you and all that you do! Cheers to another fun-filled year!”

Cannon rang in his big day by flying a kite with two of his kids.Instagram/@nickcannon

Her message was accompanied by a video of Cannon playing with their twin boys while running around the house.

The “Wild N’ Out” star also took to his own social media to share a photo with the boys, revealing that De La Rosa gifted him with a massive, customized kite.

“One of the coolest birthday gifts I have ever received!! Anybody who knows me knows one of my favorite and most therapeutic pastimes is flying kites, especially with my children,” he captioned the happy snap.

“It’s so blissful and it’s one of the most potent and first memories I have of my own father spending quality time with me as a child. So simple yet so magical! Proves possibilities to be endless in a child’s eyes to witness putting something high in the sky and making it fly … Thank you Zion and Zillion and @hiabbydelarosa for such a wonderful and thoughtful gift!! I love y’all! 🙏🏾❤️.”

Cannon also took to his Instagram Story on Saturday, revealing he spent the day with one of his oldest kids, Monroe, 11, whom he shares with ex Mariah Carey.

In the video, Monroe was seen bouncing on an exercise ball, while Cannon told his followers that they were about to ride the tallest rollercoaster in the world.

After his 2004 split from Carey, he dated model Brittany Bell, who welcomed their son Golden on February 21, 2017, followed by daughter Powerful Queen in December 2020.

Cannon had his second set of twins, Zion and Zillion, with De La Rosa in June 2021, followed by a baby boy named Legendary with Tiesi one year later.

Cannon then revealed in September 2022 that his ninth child had arrived, his first with Lanisha Cole. They named their baby girl Onyx.

Yes it’s a new set of keys smh ...
Where To Watch The Lions-Patriots Game Live Online