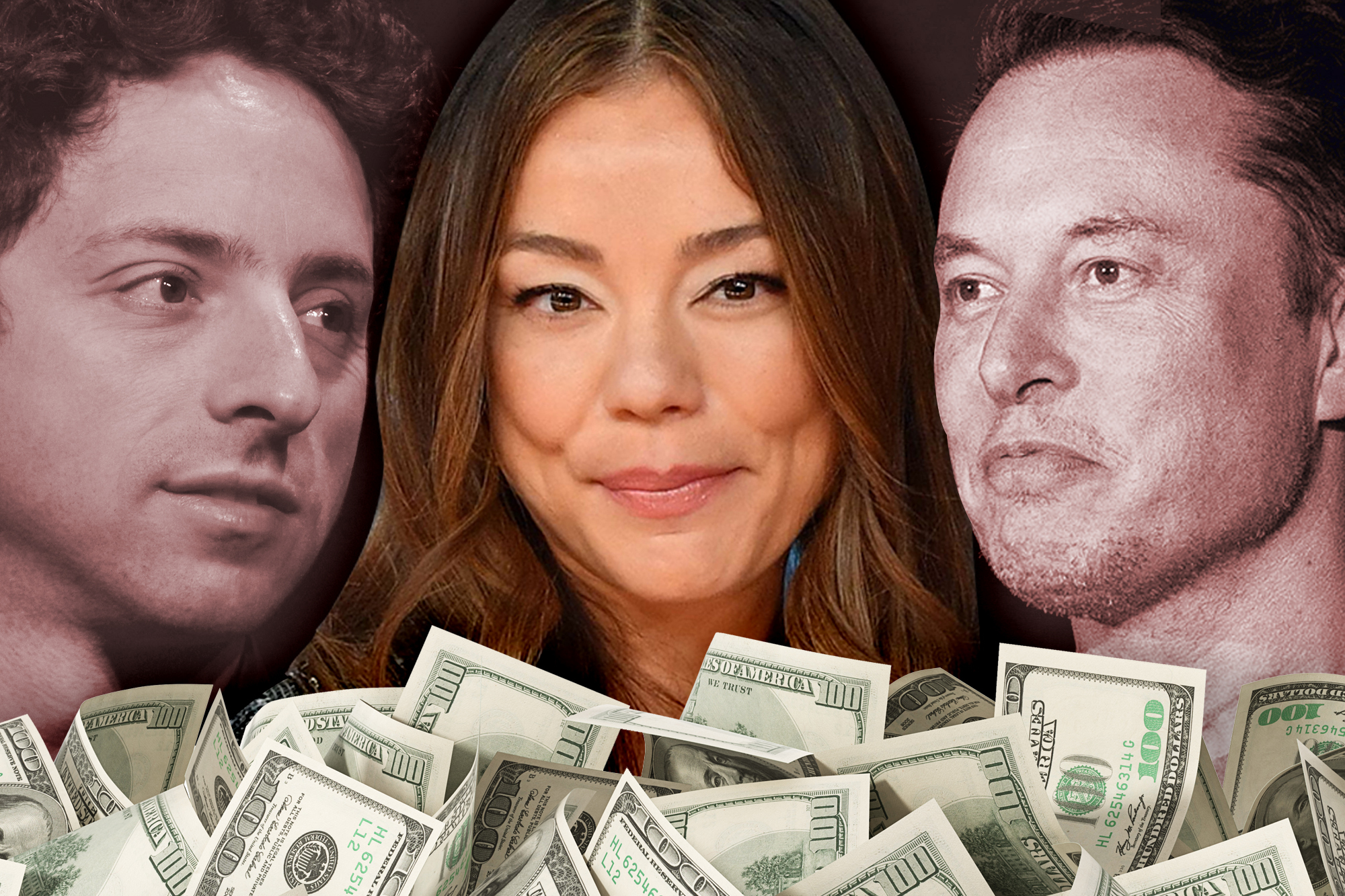 The entrepreneur and mom of one yesterday denied reports that she had slept with Tesla chief Elon Musk.

A source familiar with the situation told The Post Wednesday: “Nicole is a private person, who is married to a very public person.

“What’s happening here is a lot of bullying by rich people, as Nicole attempts to sort out her divorce and custody of her 3-year-old child.

“The fact this is happening in the middle of a divorce is despicable. At this point, Nicole is basically a pawn in these billionaire playboy games,” the source alleged.

Shanahan, 33, is negotiating her divorce from Brin after the pair announced their split last month.

Sergey Brin and Nicole Shanahan are in the middle of a divorce.Getty Images for Academy Museum

In response to claims that he and Brin had fallen out over the affair, Musk shared a photo of both of them recently together at a party.Twitter

The Wall Street Journal first reported the news of a brief fling between Shanahan and Musk, the world’s richest man, with sources alleging that the pair hooked up in December at Miami’s Art Basel and saying it led to the end of Shanahan’s marriage to Brin.

Asked about how the story came out, another insider who knows Brin and Shanahan told The Post: “You just have to ask in whose interest this story was — who stands to gain?”

Shanahan’s attorney Bryan Freedman issued a statement, seen by The Post, saying: “Make no mistake, any suggestion that Nicole had an affair with Elon Musk is not only an outright lie but also defamatory.”

Musk himself has denied the affair to The Post and tweeted: “Haven’t even had sex in ages (sigh).”

Musk, 51, maintained he and his pal Brin, 48, are still on very good terms — despite rumors that their bromance had cooled in the wake of the alleged betrayal.

Shanahan is also the founder and president of Bia-Echo Foundation.Getty Images for Gold House

He even sent over a photo of himself and Brin partying together on Sunday night.

Shanahan is known for starting ClearAccessIP, a tech company that uses artificial intelligence to manage patents. She sold the company in 2020.

She is also the founder and president of Bia-Echo Foundation, a philanthropic foundation that promotes criminal justice reform, fights for a sustainable future and supports research on fertility and reproductive longevity in women in their mid-30s.

The latter issue is a personal one for Shanahan, who has been open about her difficulty getting pregnant.

As Page Six revealed, she was expecting her and Brin’s first child back in 2019, and she gave birth to a baby girl. The couple announced their divorce last month.