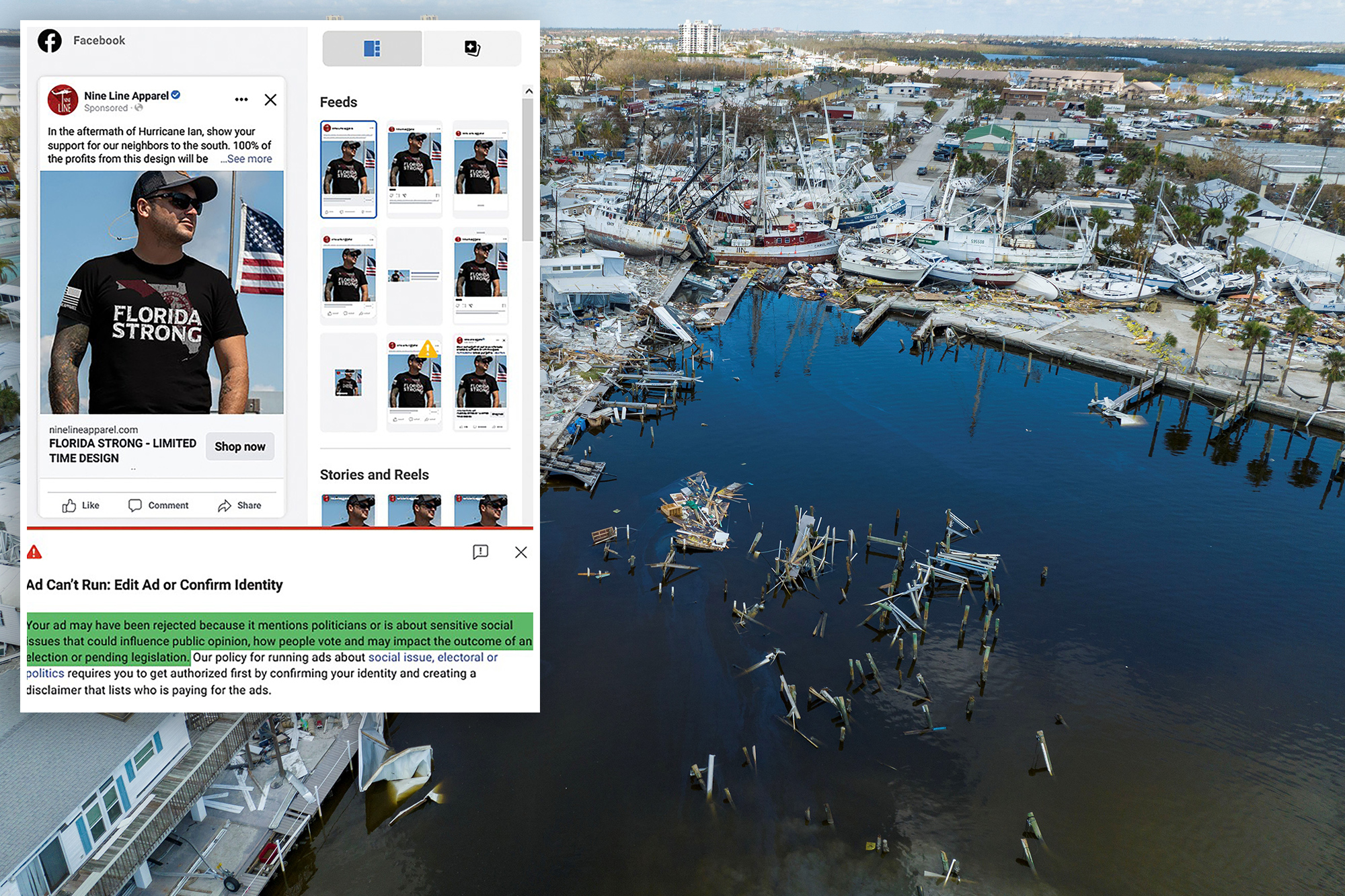 Tyler Merritt, CEO of Savannah-based Nine Line Apparel told “Fox & Friends” this week that his patriotic clothing company’s push to bring in cash for hurricane victims by selling a “Florida Strong” T-shirt have been rejected by Facebook.

He said he believes there’s a “trend” of anything appearing to be “conservative” getting flagged by the social media giant, adding he finds it “horrible — especially now [when] we’re trying to come together and saying, ‘Hey, let’s go help our friends in Florida.’”

The company is donating 100% of the profits from the shirt to Hurricane Ian relief.Nine Line

“There is an algorithm out there that is targeting organizations like ours, in my opinion — and there’s no individual that we can reach out to” to complain to,” he fumed.

Merritt said his company has run similar altruistic initiatives to aid victims of natural disasters and is no stranger to Facebook’s suspect policies.

“They have you reach out to them and say, ‘Hey, would you please allow this advertising to go forward?’” he said. “It doesn’t actually make mention of any political individual initiative, but most of the time it falls on deaf ears, or we do not get responses.”

He said that he and his team have reached out to Facebook and its parent company Meta to get a clearer answer of their policies – to no avail.

“It seems that there is a trend that anything that is deemed conservative gets flagged, gets hindered and gets stopped,” said Merritt.

CEO Tyler Merritt said that Facebook will flag anything that is “deemed conservative.Facebook / Nine Lines

He added that he and his colleagues had been trying to reach “a human being at Meta for the last year, ever since we were flagged and banned from the platform because of advertisements that they deemed inappropriate five, six years ago.”

Messages left with Meta and Facebook were not immediately returned.