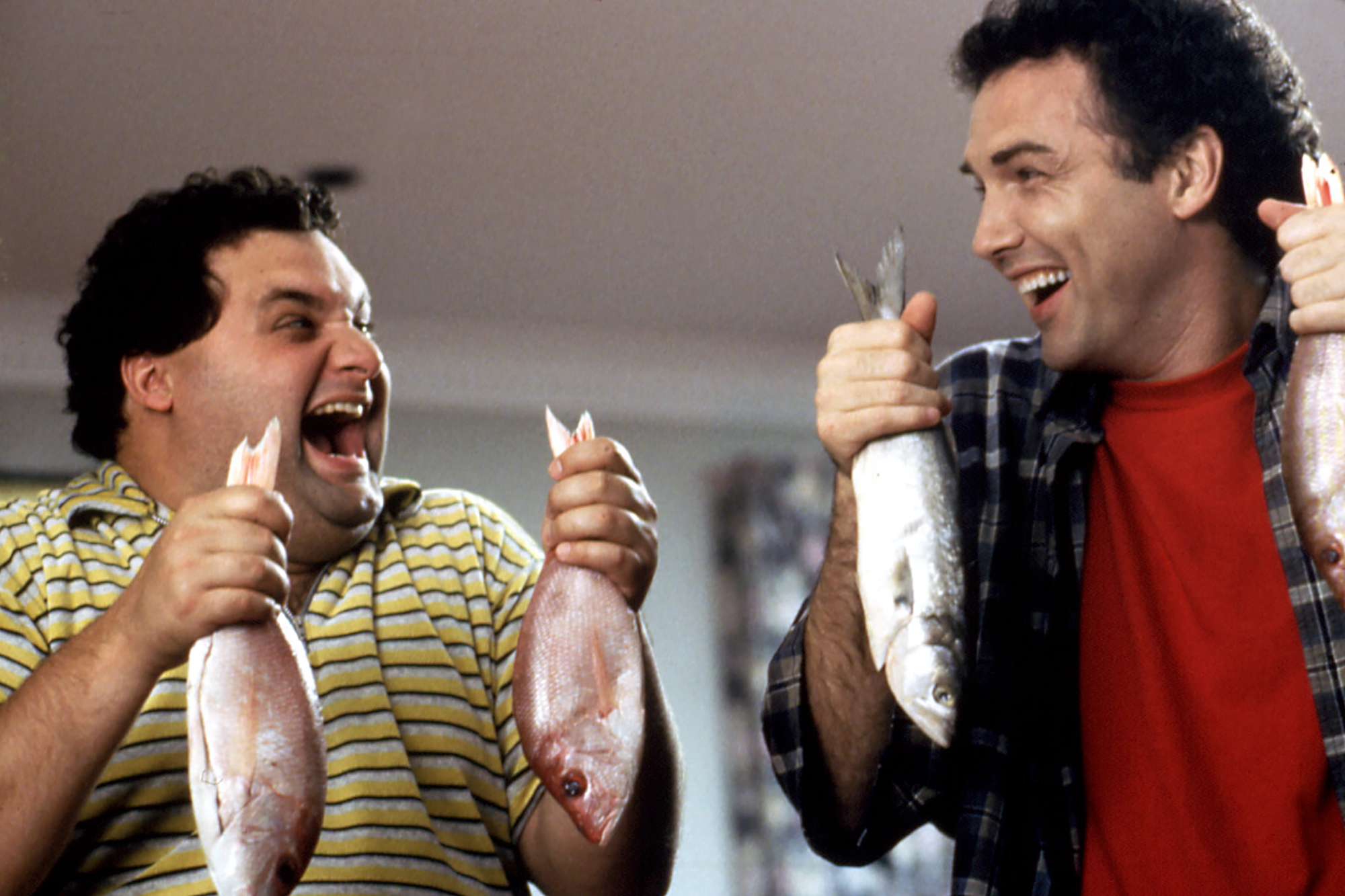 He died after a secret nine-year battle against cancer. The Canadian native’s friend Lori Jo Hoekstra was with Macdonald when he passed and explained to Deadline that the stand-up battled the disease for almost a decade.

“He never wanted the diagnosis to affect the way the audience or any of his loved ones saw him. Norm was a pure comic,” She said.

One of Macdonald’s most memorable roles was starring on the NBC late-night comedy sketch show. He helmed the “Weekend Update” segment and starred on the series from 1993 until 1998. The performer was also known for his other comedic roles in movies and TV shows.

Take a walk down memory lane and look at Macdonald’s other unforgettable roles throughout his eclectic career.

The Adam Sandler comedy flick was Macdonald’s feature film debut, and he starred as his fellow “SNL” alum’s pal Frank. Sandler spoke about working with Macdonald, in a 2016 interview with Conan O’Brien, during the film’s pool scene before Sandler’s Madison chases an imaginary penguin.

“I’m doing a scene with Norm at the pool. I say my line, and I think I did it very well. And I’m like, ‘Let me see how Norm ping-pongs this line back.’ So there was a little bit of a delay, and I was like, ‘Old Norm likes to a take his time,’ ” He replied.

“Then I’m waiting longer and going, ‘Wow, he’s really milking this one.’ And a few more seconds later, I noticed old Norm was sleeping.” The comedian then revealed that Macdonald gave an amazing excuse for his current state, “They wanted to me to play a drunk so I said, ‘You got some booze?’ “

Bob Saget (left) and Norm Macdonald on the set of “Dirty Work.”©Universal/Courtesy Everett

“Full House” dad Bob Saget directed this movie with the stand-up comic as the lead and as the co-writer. Based on the Roald Dahl short story, the plot follows friends Mitch (Macdonald) and Sam (Artie Lange) who start a revenge-for-hire business to help pay for Sam’s dad’s heart operation.

Macdonald lent his voice to the Eddie Murphy film “Dr. Dolittle” as well as its many sequels. He played the dog Lucky Dolittle in the series, and you could say it wasn’t a “ruff” job.

This comedy of errors also starred the talents of Dave Chappelle, Danny DeVito and Sarah Silverman. Macdonald plays an underpaid and exhausted chauffeur for a smitten pie heiress. He kidnaps his boss’ dog to hold it for ransom for a simple slice of revenge.

This ABC sitcom starred Macdonald as an ex-NHL hockey player who’s banned for life from the league because of his gambling addiction and tax-evasion issues. To avoid jail time, he must complete five years of service in the community as a social worker. The comedian created the series and starred with Laurie Metcalf (Courtesy Everett Little Chubby) and Ian Gomez.

Norm Macdonald in a scene from “My Name Is Earl.”©20thCentFox/Courtesy Everett

Little Chubby was the name of the character Macdonald played on this ABC sitcom. On two episodes of the series, he played the role of Richard Chubby’s mean son.

Norm Macdonald in a scene from “The Middle.”©ABC/Courtesy Everett Collection

Rusty Heck is the name, so don’t wear it out. Macdonald’s character showed up on the ABC series as the brother of Mike Heck and son of Big Mike Heck. Rusty was a lazy, drunk, and frequent smoker.

The actor voiced another animated character in the kids’ comedy “Vampire Dog.” The Canadian family flick starred Macdonald as, you guessed it, a vamp doggie named “Fang.”

How the iPhone 13, Mini, Pro and Max compare to Android rivals — and vs. iPhone 12
iPhone 13 Pre-OrdersHow to Buy and Get the Best Deal