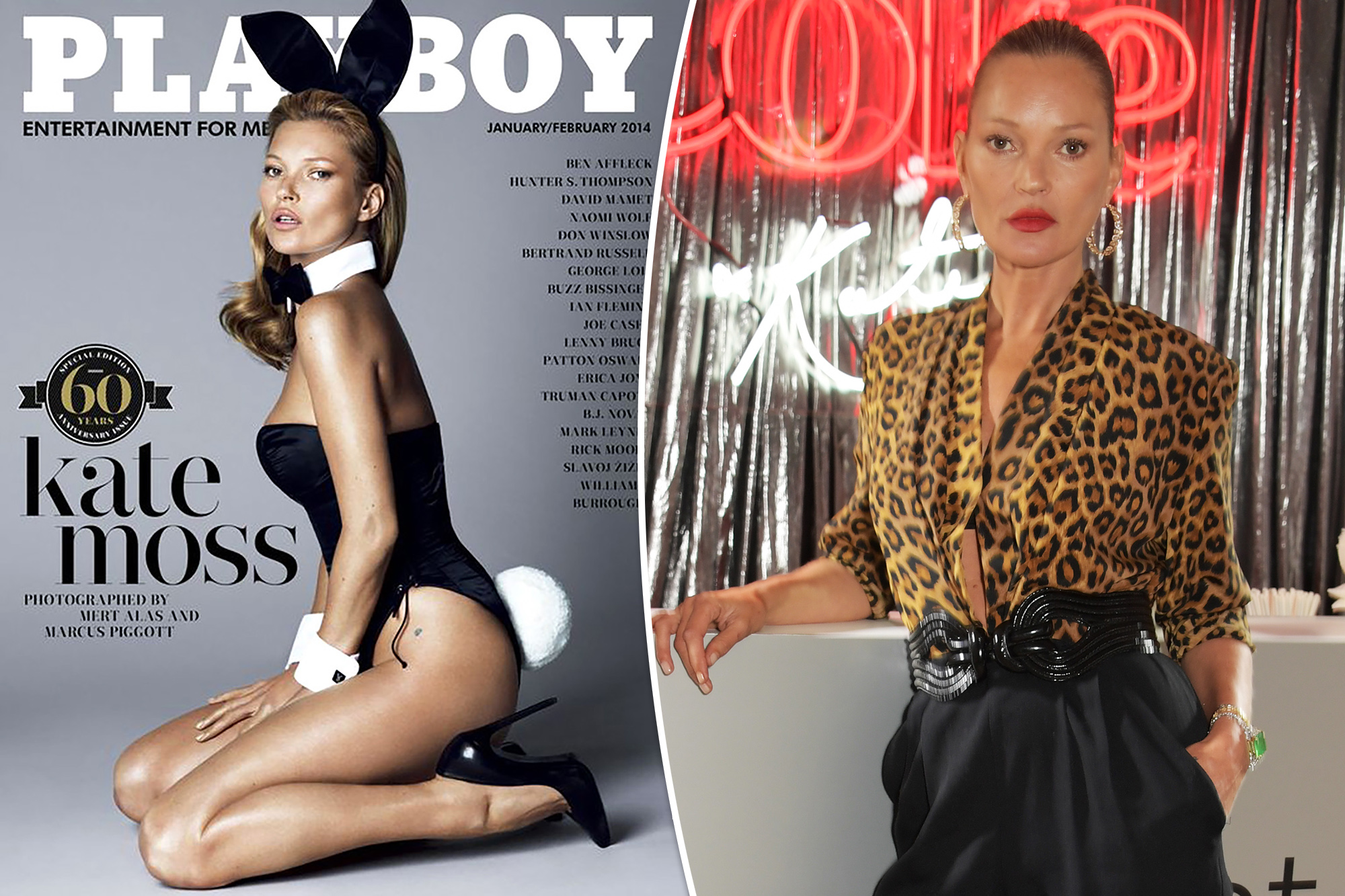 The British supermodel made the claims in an interview with British Vogue, amid allegations from former Playboy bunnies of abuse and misconduct in the infamous mansion.

Moss, 48, however praised the late publisher, recalling visiting the Playboy Mansion in Los Angeles in 2013 just before her 40th birthday, shooting for the cover and an 18-page spread in Playboy.

“Well I met Hugh Hefner, I went to his house. I really liked him and he was there with his kids and a few of his bunnies and one of his bunnies took me round the house and gave me a tour and stuff,” she told the publication.

“I met his secretary who’d been with him for like 70 years, they’re just like a lovely institution or something, family vibes. I don’t know, I really liked it, there was nothing like seedy or gross about it. It was kind of really playful,” added Moss, who’s no stranger to defending men under fire. The one-time Calvin Klein muse also defended her ex Johnny Depp, 59, against unsavory accusations made during his recent defamation trial with Amber Heard, 36.

Moss said when she visited the mansion it wasn’t “seedy or gross.”Dave Benett/Getty Images for Die

Hefner — who died in 2017 at 91 — hosted parties and entertained guests at the mansion, usually in the presence of supermodels. However, since his death, former bunnies and sexual partners have come forward accusing the mogul of abuse.

Former Playboy bunnies Holly Madison, 42 and Bridget Marquardt, 47 — who both dated the late mogul and were considered to be his “main girlfriends” — have revealed jaw-dropping insights about Hefner and life in the mansion in their new podcast “Girls Next Level.”

Madison co-hosted “Girls Next Door” on E! with Marquardt and Kendra Wilkinson, 37 in the early 2000s.

In a recent episode, the women revealed Hefner had a “black book,” which he used to keep a record of the women in the house.

“The black book kept track of a few different things,” Marquardt said. “It kept track of when somebody collected their allowance. He would mark it off so you couldn’t ask for it twice.

“It also kept track of who slept with him and when,” she said.

The women also spoke about their sex lives with Hefner, with Madison describing it as “hell” and “traumatic.”

“He wouldn’t move. He would be like a bump on the log in the middle of the bed,” she recalled, adding the women in the mansion “wanted to get [the sex] over with as quickly as possible” because they weren’t “into it.”

“We thought of it as a chore that we had to do or else we’ll get kicked out of the house. Everybody just wanted to make it go by as quickly as possible,” Madison said.

Hefner died of sepsis at 91 in 2017, leaving behind a trail of abuse allegations.Getty Images

Shocking revelations about the Playboy Mansion from behind closed doors were revealed earlier in the year in an explosive 10-part A&E documentary, “Secrets of Playboy,” revealing the dark side of Hefner’s empire with claims he built it off the backs of vulnerable women.