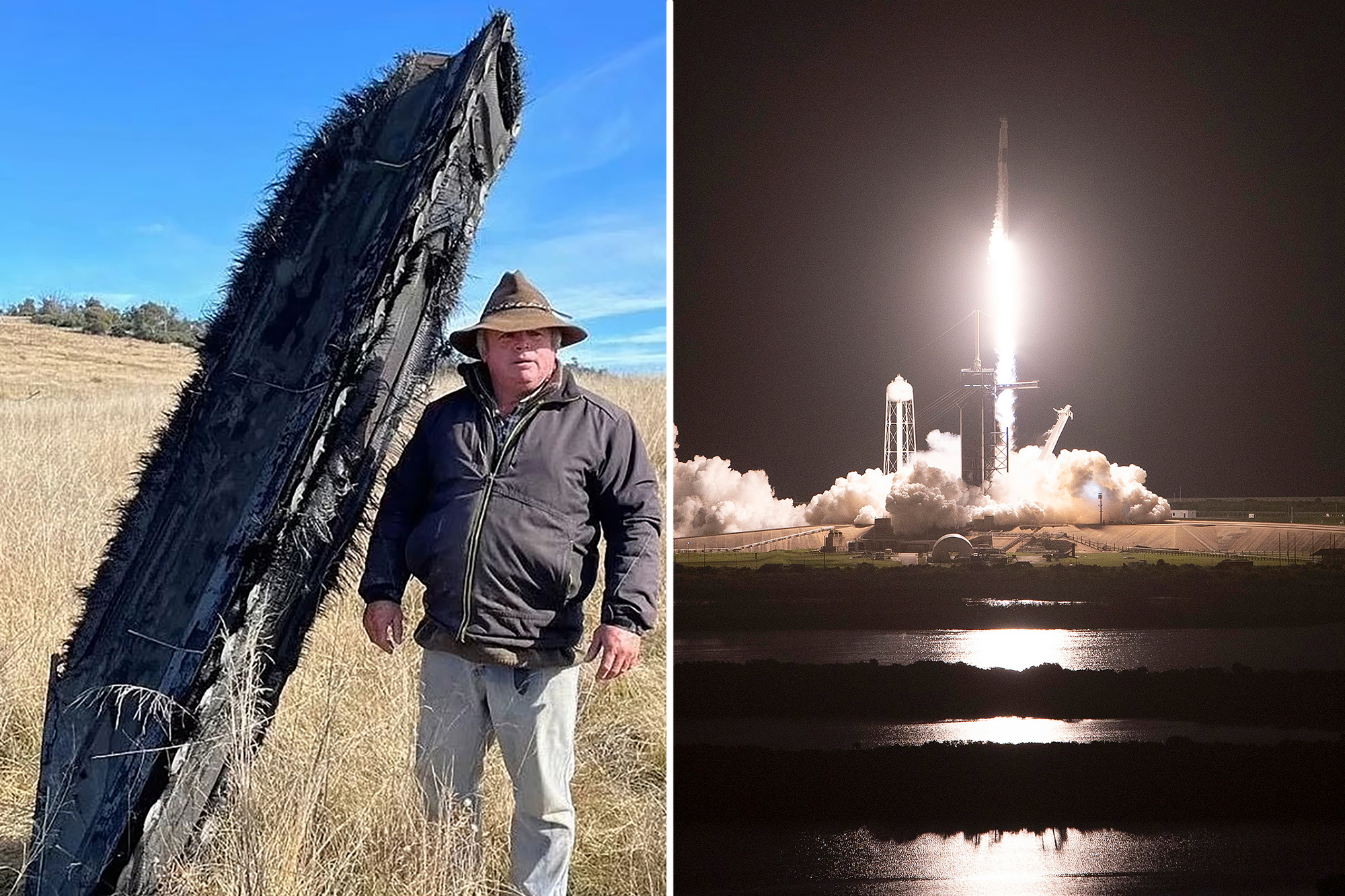 A 9.8-foot piece of space junk from Elon Musk’s spacecraft has crashed into a farmer’s property in New South Wales, Australia at around 15,534 mph.

The object – which was part of the SpaceX Crew-1 craft – was found in a sheep paddock by a farmer living on a large property in the Snowy Mountains.

Farmer Mick Miners said he discovered the space junk, which resembled a tree from a distance, after his family heard a loud bang.

The bang was also reportedly heard by residents living in southern NSW, with some alleging they saw an explosion.

Neighboring farmer Jock Wallace also reported a similar foreign object that had torpedoed into his land.

Luckily for both farmers, the space waste – which came from one of the craft’s fins – was located a fair way from their homes.

“This is most definitely space junk which was part of the SpaceX Crew-1 trunk,” he told Ben Fordham on radio on Monday.

Australian farmer Mick Miners said he discovered the space junk, which resembled a tree from a distance, after his family heard a loud bang.Mick Miners

“SpaceX has this capsule that takes humans into space, but there is a bottom part … so when the astronauts come back, they leave the bottom part in space before the capsule lands.”

The spacecraft, which costs $62M per launch, has started to deorbit after almost two years in space.

Tucker said the craft was originally planned to break apart and land in the ocean.

“We saw most pieces land in the ocean, but clearly some hadn’t because this 9.8-foot piece was speared into the ground from space,” Tucker said.

“In photographs of the debris, you can clearly see charring, which you would expect from re-entry (into the atmosphere). It is very rare to see because they don‘t usually land on land but in the ocean. People often think they find small pieces of space junk, but they would burn up on re-entry, so it’s more likely to be large pieces like this.”

The spacecraft, which is a stainless steel rocket, was more than 164 feet tall.

SpaceX is an American aerospace company founded in 2002 by Musk that helped usher in the era of commercial spaceflight.