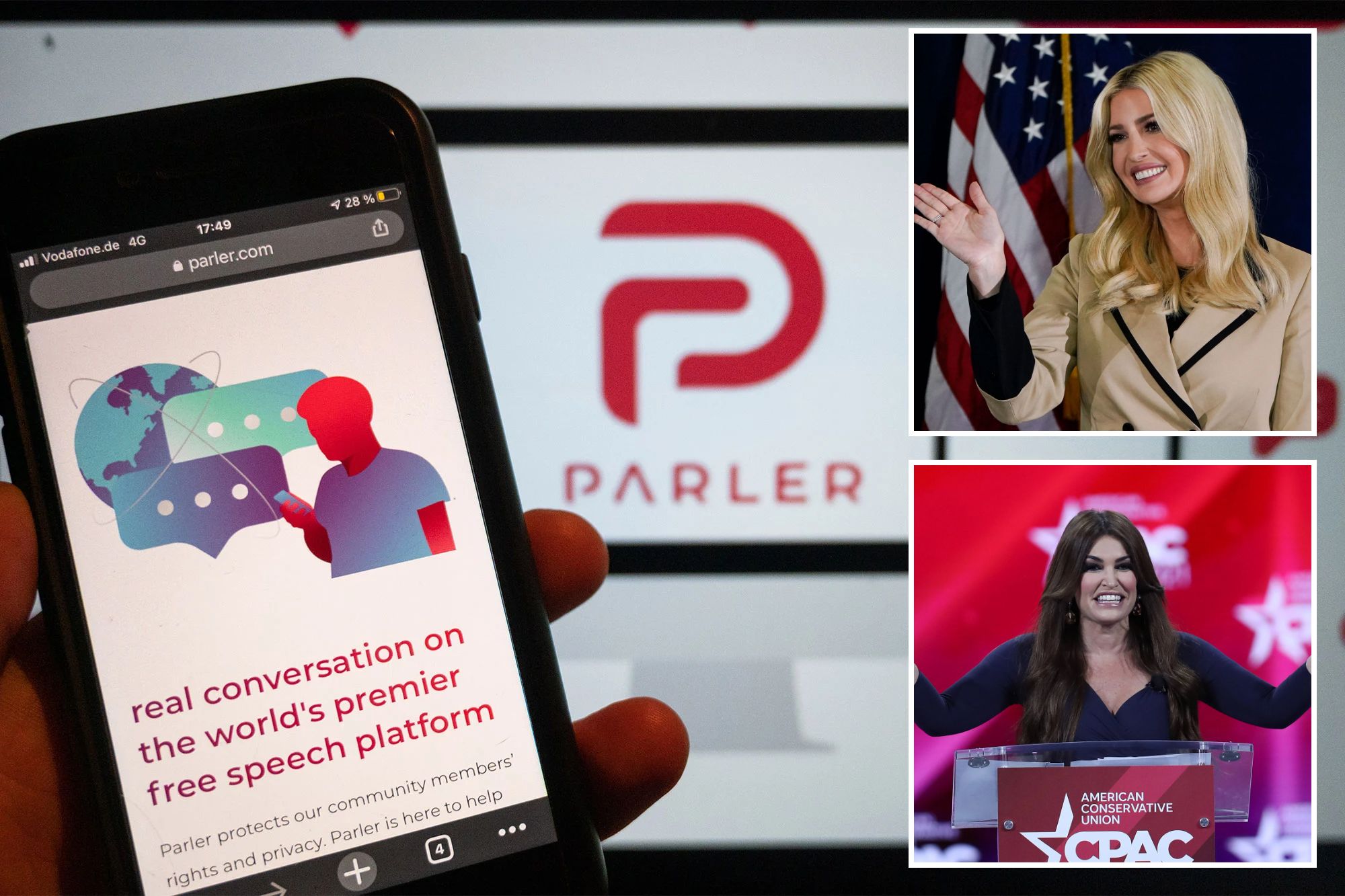 The social media platform Parler accidentally leaked the personal email addresses of its own VIPs, including Ivanka Trump and Kimberly Guilfoyle.

The Parler outreach team emailed over 200 verified users Monday to announce a deal its parent company made with Kanye West to take over the platform. The deal with the rapper, who had recently been banned from Instagram and Twitter for anti-Semitic posts, is expected to be completed later this year.

But in sharing the news with its esteemed users, Parler neglected to protect their private information. The platform doxxed user emails by adding them to the email in the carbon copy function instead of blind carbon copy.

“Our VIPs are an invaluable part of the Parler family and experience,” the email read. “We appreciate all your support and partnership in fighting for free speech, and we look forward to your involvement in this monumental new chapter.”

The slip resulted in hundreds of people replying to the email thread, many of whom took advantage of the situation to make jokes, Work Week Inc CEO Adam Ryan said.

“Since I have everyone’s attention … Covfefe … lol,” user The Big Mig wrote.

Ivanka Trump’s email address was one of the hundred accidentally doxxed by Parler.

Parler was announcing that Kanye West would be buying the platform in an email that exposed its users’ personal emails.
GC Images

The VIPs, including Kimberly Guilfoyle, were subjected to relentless email chains after the gaffe.
Getty Images

“Project Veritas has entered the chat,” wrote another, referring to the far-right activist group that aims to discredit mainstream media groups.

Other users took the chance to push racist websites and ideologies, according to one user.

Yesterday Parler put out an email about Kayne West buying the social media site out. Parler forgot to BCC all of the accounts. Every verified account got doxxed. What an incredible move from this failing right wing site. pic.twitter.com/GYFkGlMeYh

Former President Donald Trump’s election fraud attorney L. Lin Wood was also included in the chain despite being kicked off the platform last year, he told the Daily Dot.

“I have had no interest or trust in Parler since 2021 when I was banned from its platform without cause,” Wood said.

User Tim Young, a political comedian, told the outlet the blunder was the “final nail in the coffin” for him and proof that the site has various issues.

Parler apologized to its users for the mistake, stating “to say we’re highly embarrassed is an understatement.”dpa/picture alliance via Getty I

“I had lost faith in Parler a long time ago. There seems to be no active users on it and it stopped being worth my time to even try on the platform at all,” Young said. “The release of the emails was stupid and shows a lack of awareness from a failing social media company.”

Parler’s parent company, Parlement Technologies, apologized for the gaffe soon after, sending a follow-up message to its VIP users.

“Earlier today, we shared with you news about Ye’s intent to purchase Parler. In the excitement, we inadvertently included your email address in the CC field instead of the BCC field,” COO Josh Levine said. “To say we’re highly embarrassed is an understatement.”