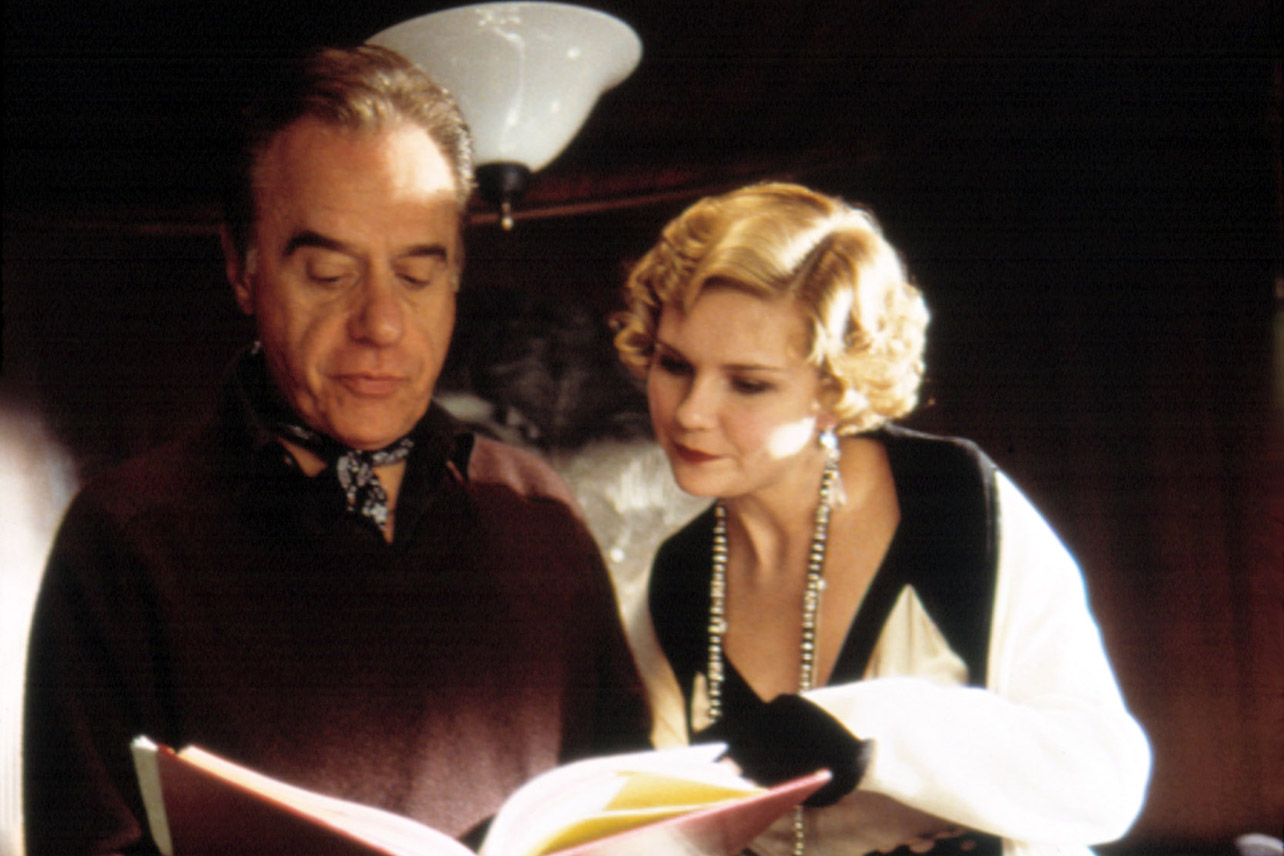 Peter Bogdanovich, who passed away this week at the age 82, said that Orson Welles told him that William Randolph Hearst had shot and killed Thomas Ince, a silent film producer. The way Bogdanovich told it, Herman J. Mankiewicz, who co-wrote Citizen Kane with Welles, included the unofficial – the rumor, one might call it – that Hearst had killed Ince, on Hearst’s yacht, during a journey that was intended in part to celebrate Ince’s birthday, in the original screenplay for Kane. Bogdanovich was told by Welles that the part had been removed from the final product. “Kane was not a murderer.” Welles evidently believed that Hearst was a murderer, though, but he wanted people to understand that the character of Kane wasn’t based solely on Hearst, which is what most audiences believe. On top of that, evidence for any of this – officially, Ince died of a heart attack – is largely speculative.

Jump to 2001. Welles was dead for 16 years, Hearst had 50, Ince had 77. At this point, Peter Bogdanovich’s career was experiencing another of his many dips in fortune, but he was still able to get the occasional movie off the ground, and attract an impressive cast. In 1997, Steven Peros had written a play called The Cat’s Meow, which promotes the theory that Hearst killed Ince; that idea proved irresistible to Bogdanovich, erstwhile friend of his primary mentor Orson Welles. Anyway, The Cat’s Meow found financing and got off the ground.

The theory behind this version of Thomas Ince’s death, and the plot of The Cat’s Meow, is essentially this: Ince (Cary Elwes), once a Hollywood bigwig, is now struggling. At one point he says that he used to get forty films made, and now he’s lucky if he manages one. It’s his hope, during this cruise, to get Hearst (Edward Herrmann)’s financial backing. Hearst is not especially interested in Ince’s problems, but eventually Ince gets wind of evidence that Hearst’s lover, Marion Davies (Kirsten Dunst), might be having an affair with Charlie Chaplin (Eddie Izzard), and Ince decides to use this as leverage to get what he wants from Hearst. Needless to say, all of these people, and more — including Hollywood gossip columnist Louella Parsons (Jennifer Tilly) and British novelist Elinor Glyn (Joanna Lumley, who narrates the beginning and end of the picture) — are on the yacht. As one might imagine, Ince’s plans backfire, and Hearst’s twisted jealousy doesn’t draw him closer to the producer, but pushes him towards revenge. Hearst, a crazed maniac, shoots Ince in his back, believing he’s shooting Chaplin.

Bogdanovich’s film is structured as a mystery. In the first scenes, through Lumley’s narration, we learn that someone has died on this boat trip, and that no one really knows what happened. Lumley’s Glyn is speaking to the audience from many years after these events occurred, and what she says in this prologue is the one suggestion, and an important one, that the audience shouldn’t assume that what they’re about to watch is the proven truth. Glyn simply tells us that someone drowned on the yacht. Unless you’re especially well-versed in Old Hollywood lore, we don’t know who dies until it happens. This, of course, adds an underlying tension to everything that happens in a film that, before the violence occurs, plays on a kind of comically debauched level – lots of drinking, lots of drugs, lots of philandering, and so on. The only other hint at the darkness ahead is how Hearst, before Ince starts putting poison in his ear, looks together at Marion and Chaplin.

The performances in The Cat’s Meow are, of course, key. Izzard’s portrayal of Chaplin is the most controversial. Perhaps because no other character in the film is as well-known as Chaplin and no one else resembles Chaplin as much as Eddie Izzard, Izzard is probably the most well-known. But this sort of thing only sticks in my craw occasionally, and for whatever reason in this case it doesn’t; I think Izzard’s performance is rather good, as long as you can ignore the whole “he’s supposed to be Chaplin” business. Elwes gets across Ince’s sweaty desperation quite well, as well as his weaseling nature. (If, in fact, that was Ince’s nature – the film is rather unkind to Ince, though his violent death is meant to shock and horrify.)

Marion Davies is much more sympathetically presented. Kirsten Dunst plays Marion Davies. She is charming and talented and could easily be a woman that a man would fall in love with. (This was also true in David Fincher’s Mank, where Amanda Seyfried’s endearing portrayal of Davies earned her an Oscar nomination.) One of the ancillary pleasures of The Cat’s Meow is Chaplin trying to push Hearst into letting him cast Davies in one of his comedies. Hearst is dismissive of Chaplin’s films, believing Davies is destined for greatness in “important” movies, but Bogdanovich and Dunst take care to show that Chaplin is right, that Davies shouldn’t be pigeonholed, because she could bring great joy to audiences looking for a simple, well-made escape. Bogdanovich, Peros, as well as Dunst, have great respect for Davies. This is in a way a correction to Citizen Kane’s portrayal of Davies as talentless. Orson Welles expressed regret for this in later years.

Edward Herrmann’s portrayal of Hearst is the best. One thing that’s especially interesting about The Cat’s Meow is how much more damning it is of Hearst than Citizen Kane ever was. So, in a sense, the film is Bogdanovich backing up his friend against the attacks that greeted Kane and basically hobbled Welles’s career. But Herrmann doesn’t play Hearst, nor does Bogdanovich film him, as a one-note villain. Because in the film, Davies is having an affair with Chaplin (though she doesn’t love him, and does seem devoted to Hearst), and you can see the pain of that realization all over Herrmann’s face. Hearst shoots Ince and realizes he’s wrong. These are the darkest and most poignant moments. After Davies runs for help, Hearst crouches over the fallen Ince and dabs at the gunshot wound in the back of the man’s head with a handkerchief, pathetically believing such a gesture could have any effect on the man’s recovery at all. And later, when talking to the ship’s doctor about Ince’s condition, Hearst learns that Ince is still alive. Heartened, Hearst inquires further, and the doctor says that, well, Abraham Lincoln lived a couple more days after he was shot in the head, and Hearst takes this as a hopeful sign, only remembering, when he repeats this trivia to Davies, that Lincoln didn’t actually survive.

These are the sort of details that Bogdanovich, at his best, could bring forward in his films, as texture, as character, as a complicating factor that can mess with the audience’s judgment. The Cat’s Meow is a terrific, entertaining, and complicated film, one that deserves your attention.

Bill Ryan has also been a contributor to The Bulwark, RogerEbert.com and Oscilloscope Laboratories Musings. You can find his deep archive of film- and literary criticism on his blog The Kind of Face You Hate, and follow him on Twitter at @faceyouhate

Friends worry as Chris Noth feels like his life is over, according to friends
SprayPaintVideos® The #1 Automotive Car Painting and Bodywork Course