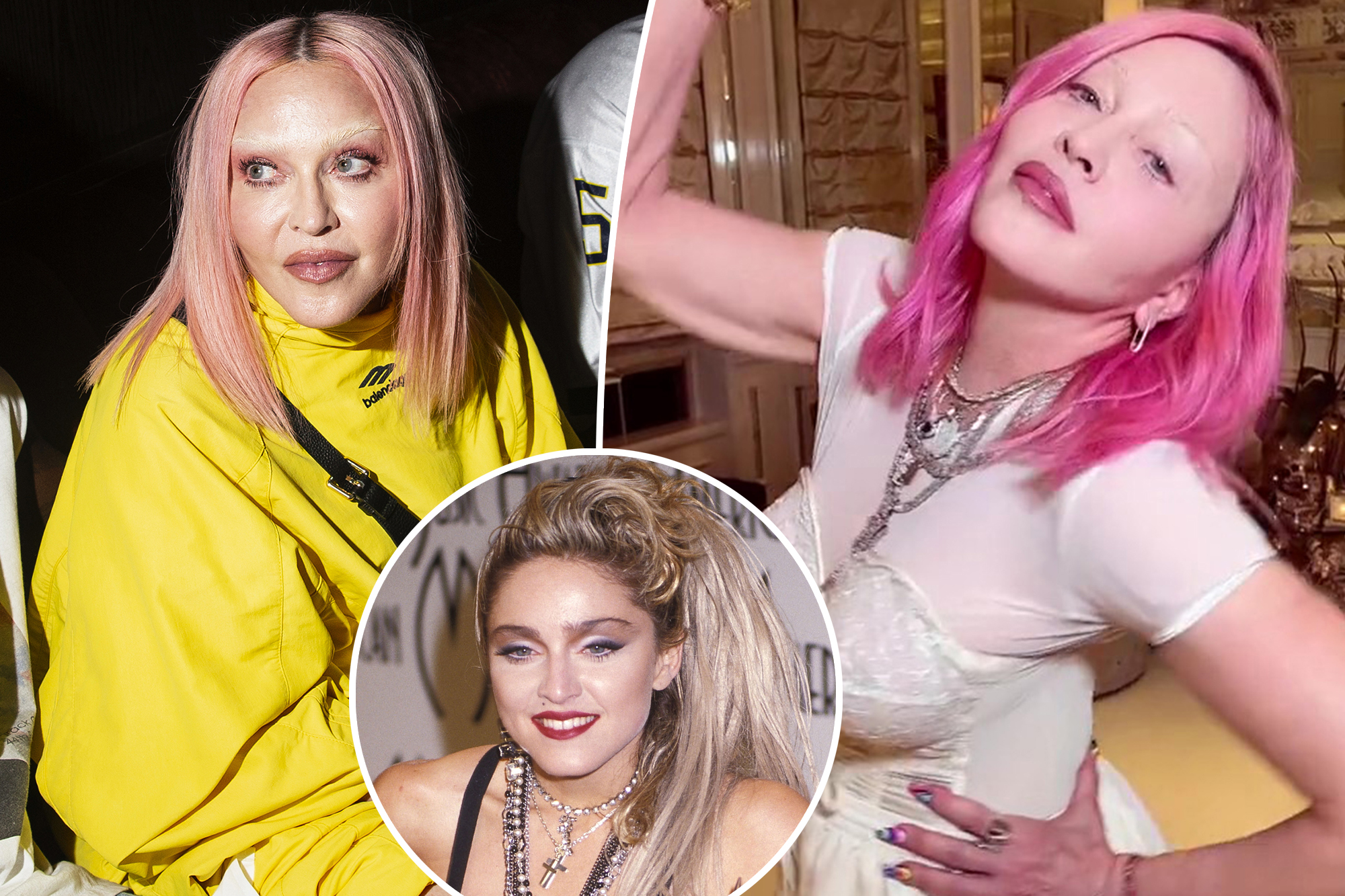 Madonna recently shocked fans with a “freaky” new look that appears to be a result of plastic surgery and cosmetic procedures.

Critics on social media even lamented that the “Like a Prayer” singer, 64, is now just a semblance of her former self, writing things like, “That isn’t Madonna is it? What happened to her?” and “Sad that so many women fall victim to wanting to look 20 forever and go overboard with fillers and surgery.”

Now, experts who help clients maintain a youthful glow are weighing in on what work Madonna may have had done – and whether they think she’s gone too far this time around.

Dr. Ehsan Ali, CEO of Beverly Hills Concierge Doctor and Urgent Care, also tells us, “When I first saw the post, like many others, I too was very surprised by how Madonna looked,” before listing off about nine procedures he believes the Grammy winner has done.

Among them, the board-certified doctor believes that Madonna has actually gone under the knife to achieve her new aesthetic.

“She for sure had a facelift,” Dr. Ali claims. “You can see her skin is pulled back and tightened, with no loose skin and no wrinkles. A facelift also alters the shape of your eyes, which you can see in her image, her eyes seem ‘pulled back.’”

He also notes that he thinks the “Like a Virgin” singer has had rhinoplasty, which Kassir – who is one of Hollywood’s go-to rhinoplasty doctors – agrees with, noting, “The nose looks too narrow with a pointy tip.”

Ali, the “Beverly Hills Concierge Doctor” who boasts clients such as Kim Kardashian, Kylie Jenner, Gwen Stefani and Ariana Grande, says it appears as if Madonna has also gotten botox – a toxin used to reduce wrinkles – in several different areas of her face.

Dr. Ali believes Madonna’s smooth face is due to a facelift and botox.madonna/Instagram

“There is minimal movement and no expression lines, which confirms there are several units of botox in her forehead, crows feet, and glabella (commonly referred to as the 11’s, which are the vertical lines in between the eyes when frowning),” he says.

Dr. Ali believes that Madonna’s cheekbones are “completely different” from when she was younger and appear “much more prominent,” which he thinks are a result of filler.

Kassir adds that Madonna’s cheeks appear “too high,” claiming it is evident she had done work to them because of their plump appearance.

Physician associate Pamela Weinberger of Plump Cosmetics and Injectables in Miami agrees Madonna has gotten injections to her cheeks, and notes that excess use of filler “over time” may be what is giving the star an “unnatural” look.

Madonna’s cheekbones are “more prominent” due to filler, experts say.madonna/Instagram

The aesthetic dermatology expert believes that the “Material Girl” singer’s cheek filler has begun “building up” and presented an “excess of volume” that is “taking away from her wonderful bone structure.”

She advises that anyone looking to correct this issue should inject Hyaluronidase, an enzyme that breaks down artificial hyaluronic acid, in the problematic area.

Another procedure that may be causing Madonna to look unnatural is a surgical brow life, the physician associate says, adding that she hopes that will “settle” over time.

Kassir agrees that this procedure is noticeable due to the “A League of Their Own” star’s hairline, which appears pushed “back.”

“If you measure from the top of her eyebrows to the top of her hairline that distance is more than three finger breadths, so that tells me that they’ve done a brow lift, where they make incisions in the hairline to pull everything back to lift up the brows and eyebrows, so your hairline moves back with it,” the NJ-and-NY-based surgeon says.

Weinberger also believes the “La Isla Bonita” singer has gotten botox to her Masseter muscle, which is typically used to slim the jawline.

“I loved her jawline before and now it’s too flat and long,” the experienced injector says, highlighting that this particular procedure is not permanent and can wear off in three months.

Dr. Ali believes, however, that Madonna’s different jawline is due to more extreme methods.

“At her age, loose skin around the neck is common, and the fact she has a clean jawline shows me she has had lipo under her chin, and a neck lift to pull the skin back,” he says.

Weinberger also points out that it appears Madonna has injected filler into the temples of her head, which she says is usually “most impactful” for those who are aging because the region can become very hollow.

However, she says that Madonna’s appears “extremely overdone” and with this type of filler “less is more.”

Weinberger says she recommends two to three cc’s of filler in the temples, and it appears as if the “Vogue” singer has gotten around six to eight.

Weinberger concludes that ultimately it can take up to $30,000 or more for Madonna to correct her current look and return to a more similar version of her former self.

She adds that the professional making the changes can also make a difference.

Weinberger says, “Madonna should have an injector that is honest about maintenance dissolving treatments so that she doesn’t become overfilled and she maintains her face structure that we all love.”

Kassir concludes, “Overall, she looks like she has taken plastic surgery and aesthetic procedures a little too far.”

Ali, Kassir and Weinberger have not treated Madonna. The singer’s reps did not immediately return Page Six’s requests for comment.

Honesty is the best policy. ...
What Time Will ‘The Watcher’ Be on Netflix? How To Watch Ryan Murphy’s Latest