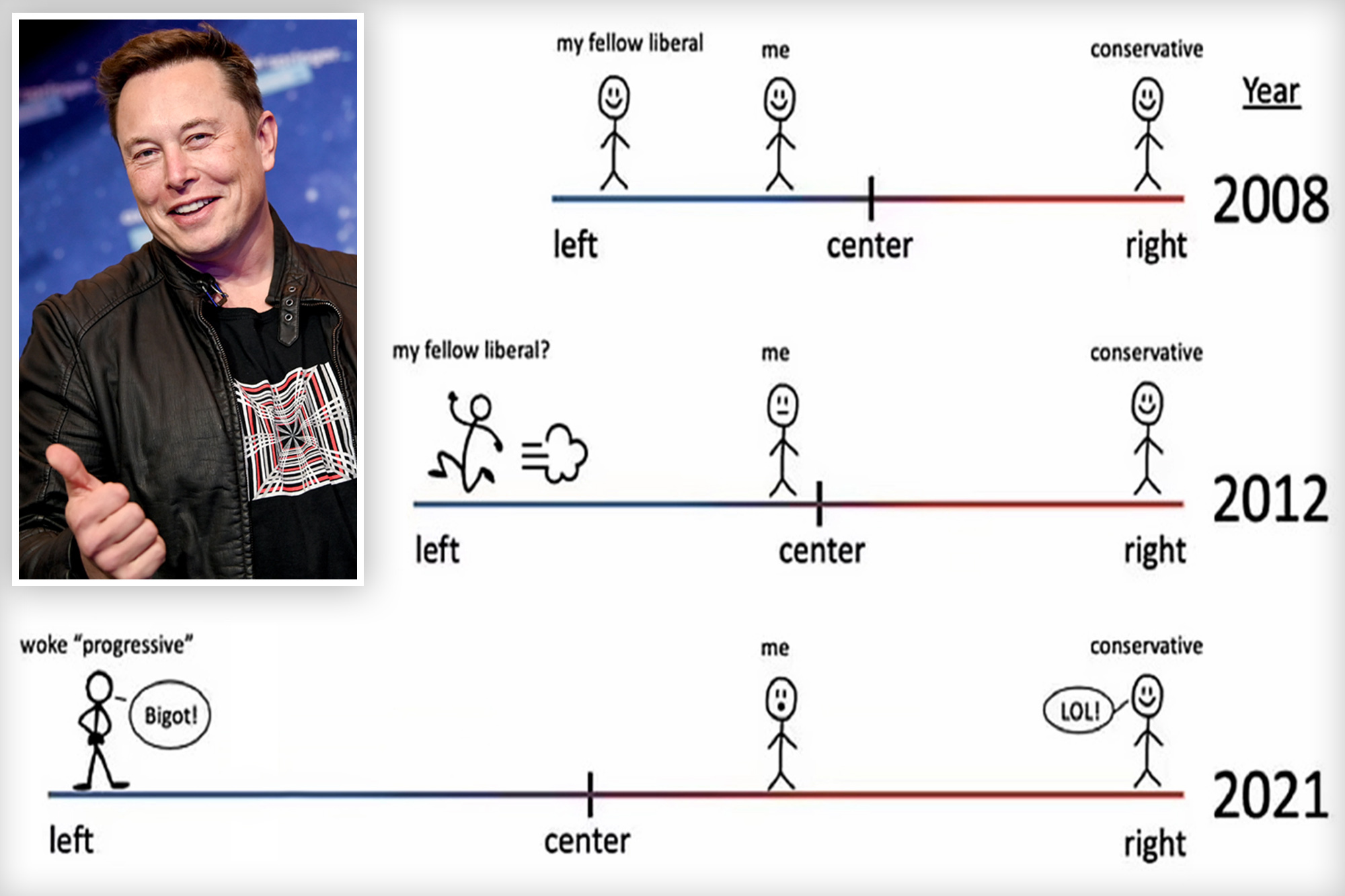 The creator of the political cartoon Elon Musk used to illustrate his current political views is looking to cash in after his sketch sparked a viral social media debate.

Colin Wright, a contributing editor for the online culture commentary site Quillette, is selling the cartoon as an NFT and has opened bidding on the OpenSea digital marketplace.

The auction page for the drawing – dubbed “my political journal” – showed at least two active bids. The top bid for 1.25 ether – a prominent cryptocurrency token – is worth nearly $3,600.

“The auction for the #NFT of my political cartoon that @elonmusk shared (230K retweets, 1.3M likes) is currently at 1.25 $ETH! There are 13 days left to bid, so don’t miss your chance to own a bit of internet history!” Wright wrote in an update on Friday afternoon.

Musk caused a stir on Thursday when he tweeted out Wright’s cartoon. It depicts a stick figure standing slightly left-of-center on the political spectrum as of 2008 – only to end up as right-leaning conservative in 2021 as a figure labeled “woke progressive” gradually moved further left during the intervening years.

Musk, who is in the process of buying Twitter for $44 billion, later elaborated on his political stance, noting he was a staunch supporter of Democratic former President Barack Obama. However, he asserted the current Democratic party has been “hijacked by extremists.”

Musk followed minutes later, adding, “But I’m no fan of the far right either. Let’s have less hate and more love.”

The NFT auction isn’t Wright’s only effort to monetize the cartoon. In a post thanking Musk for his post, he also posted an Etsy listing for a mug depicting the political doodle.

In another tweet, Wright said he “really [loved] the discussion it has kindled.”

“Though admittedly simplistic, I think it speaks to a truth many feel. Of course, politics are more complex than can be captured in a political cartoon with stick figures,” he said.

Thank you! I really love the discussion it has kindled. Though admittedly simplistic, I think it speaks to a truth many feel. Of course, politics are more complex than can be captured in a political cartoon with stick figures.

Musk’s decision to share the drawing further roiled left-leaning Twitter users and pundits, who have already expressed concern that his dedication to free speech absolutism will clear the way for more abusive and harmful posts on the platform.