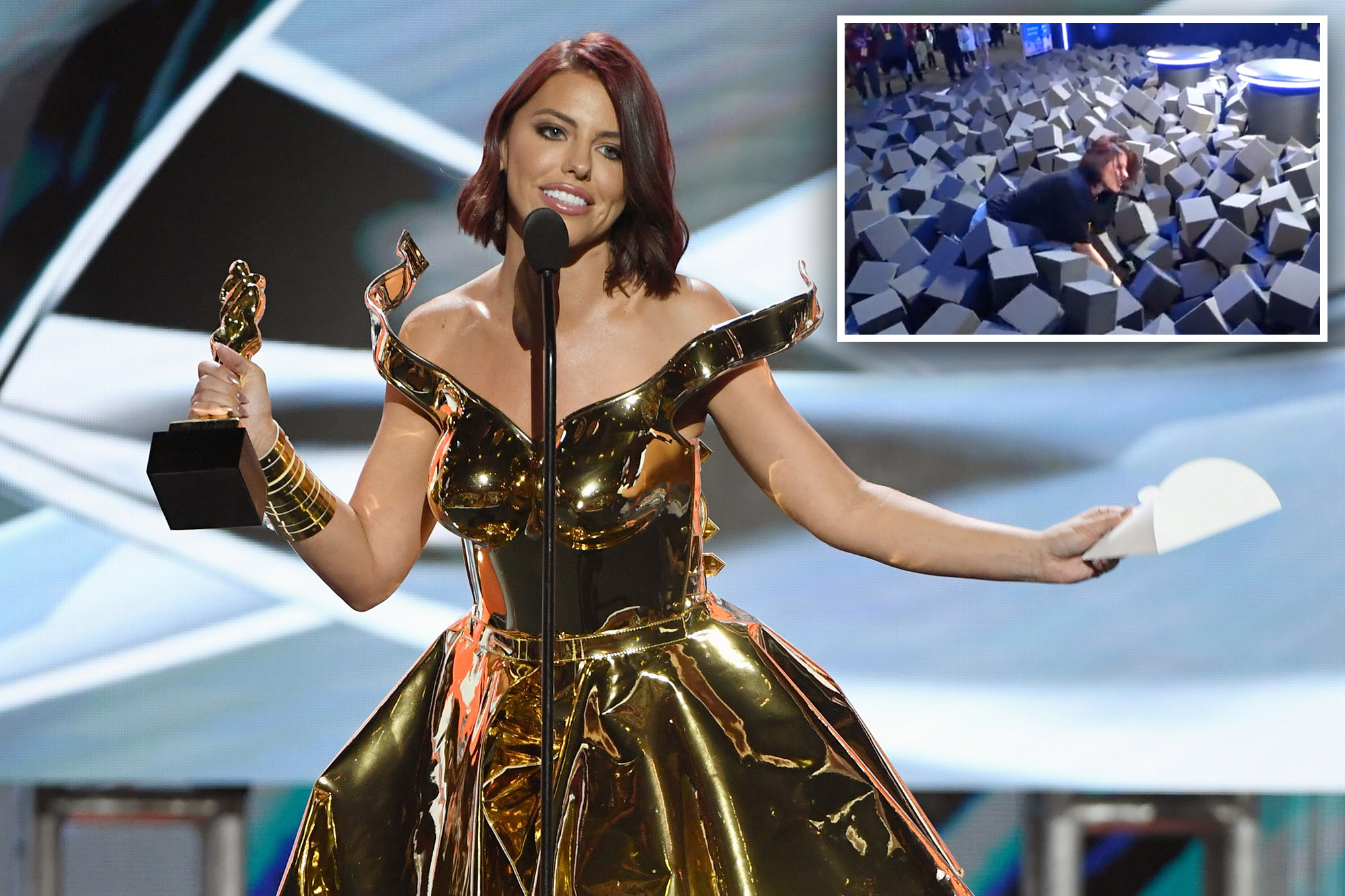 Twitchcon took place in San Diego last weekend and there has been no shortage of complaints about the event.

Wheelchair users found the event extremely inaccessible, with staff seemingly unable to handle the mass of people at the event.

That wasn’t the worst of it though, as one attraction in particular drew a lot of heat and caused several injuries.

This was a foam pit that was on the convention floor. It had two platforms in the middle and the goal was to knock your opponent off their platform into the sea of soft foam cubes below.

It may have seemed odd that, before you entered the pit, you were forced to sign a waiver that noted the pit posed a risk of “death, serious neck and spinal injuries”.

Unfortunately, exactly that is what happened to streamer and adult performer Adriana Chechik.

Streamer and adult performer Adriana Chechik broke her back in a foam pit. Getty Images

Twitchcon took place in San Diego last weekend and there has been no shortage of complaints about the event. twitter/@JakeSucky

Chechik, after winning her duel, jumped off her platform in celebration, expecting to find a soft landing with the foam.

However, it turns out the pit was far too shallow, being just three cubes deep with a rubber mat at the bottom. This meant that Chechik hit the ground with unsettling force and in a video of the incident, it’s immediately clear that she’s seriously hurt.

Adriana Chechik is just one of the attendees who was injured in the pit.twitter/@JakeSucky

In a tweet after the fact she went into detail about her injuries writing: “Well, I broke my back in two places and am getting surgery to put a metre rod in for support today.” Chechik’s injury was the most serious, but it was far from the only one.

Another streamer, Lock_Vaness dislocated their knee and sprained their ankle after landing in the pit, which reportedly remained open for a while after these injuries, but was eventually closed following more complaints.

Written by Ryan Woodrow on behalf of GLHF.gg.