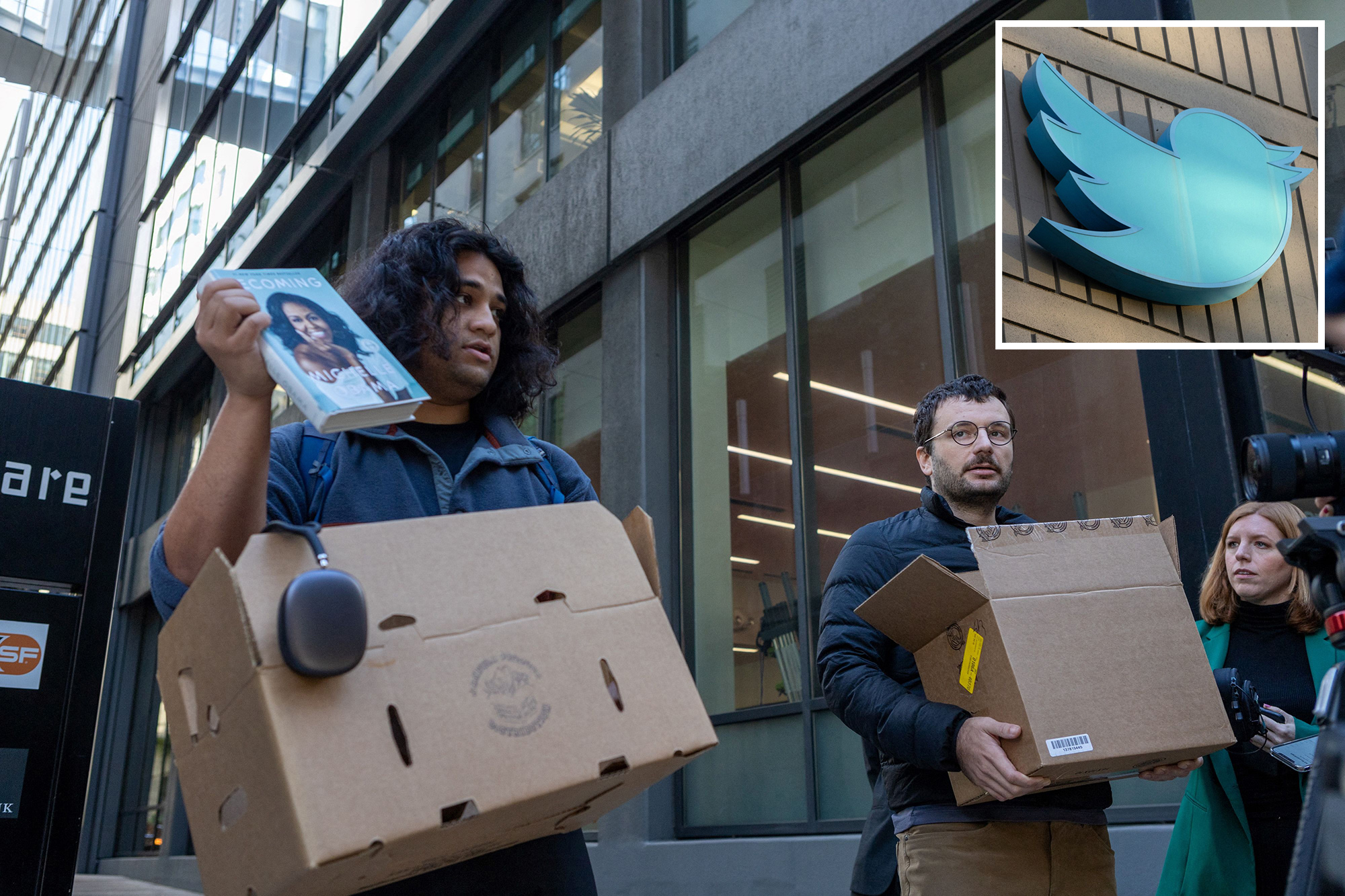 Skepticism immediately emerged on social media. One of the pranksters said his name was “Rahul Ligma” — a reference to a popular internet meme — and held a copy of Michelle Obama’s book “Becoming” aloft while speaking to reporters. The other said his name was “Daniel Johnson.”

CNBC, , the Daily Mail and NBC were among the outlets that reported layoffs were underway after the duo spoke to the media.

“They are visibly shaken,” Bosa added. “Daniel tells us he owns a Tesla and doesn’t know how he’s going to make payments.”

ABC7 Bay Area reporter Suzanne Phan also tweeted about the alleged Twitter employees, writing that one had claimed “he was terminated during a zoom meeting.”

later reported that Twitter’s internal slack channels have “lit up with suspicion” that it was a hoax. The Verge confirmed the duo were not actually ex-Twitter workers and had carried out a hoax.

As chatter about a potential hoax intensified, Bosa acknowledged there was confusion about whether layoffs were actually underway. CNBC updated its story to acknowledge it wasn’t immediately able to verify their identities.

“Fyi -some questions being raised about whether these are really twitter employees,” Bosa added.

CNBC’s Yasmin Khorram said someone sitting at the front desk at Twitter’s office building said they had “never seen those 2 guys.”

Paul Lee, a product manager at Twitter, was among those who called out CNBC over its report.

“Quite ironic that a major news outlet failed to do basic diligence and fell for a crisis actor prank, resulting in the spread of misinfo, on the first day of new ownership,” Lee tweeted. “All you had to do was ask to see a badge or look for bird-themed stuff in the boxes. Also we don’t use Zoom.”

Questions being raised if these are legitimate employees. I asked someone sitting at the front desk, they wouldn’t comment but told me “I’ve never seen those 2 guys.” https://t.co/y16K4cK4ty

“You got conned. Name is ‘Rahul LIGMA.’ C’mon man,” another Twitter user wrote.

Twitter employees have feared for months that Musk would enact sweeping layoffs at the company once his $44 billion takeover was complete. Those fears escalated last week after the Washington Post reported Musk was planning to cut 75% of Twitter’s 7,500-employee workforce.

Musk immediately fired several executives, including CEO Parag Agrawal, but it’s still unclear how many employees will be ousted. He denied the 75% figure was accurate while meeting with Twitter employees earlier this week.

Quite ironic that a major news outlet failed to do basic diligence and fell for a crisis actor prank, resulting in the spread of misinfo, on the first day of new ownership. All you had to do was ask to see a badge or look for bird-themed stuff in the boxes. Also we don’t use Zoom https://t.co/QtIrBjOH3H

A source familiar with the situation told the Post that Twitter employees feel as though they’re “in limbo,” with no one having a clear idea of how many layoffs are coming.

“People are just keeping their heads down until they see what happens,” the source said.

The source added that remaining employees are fearful about speaking to the media now that Musk has assumed control of the company.

“Folks don’t want to get fired for leaking,” the source said.