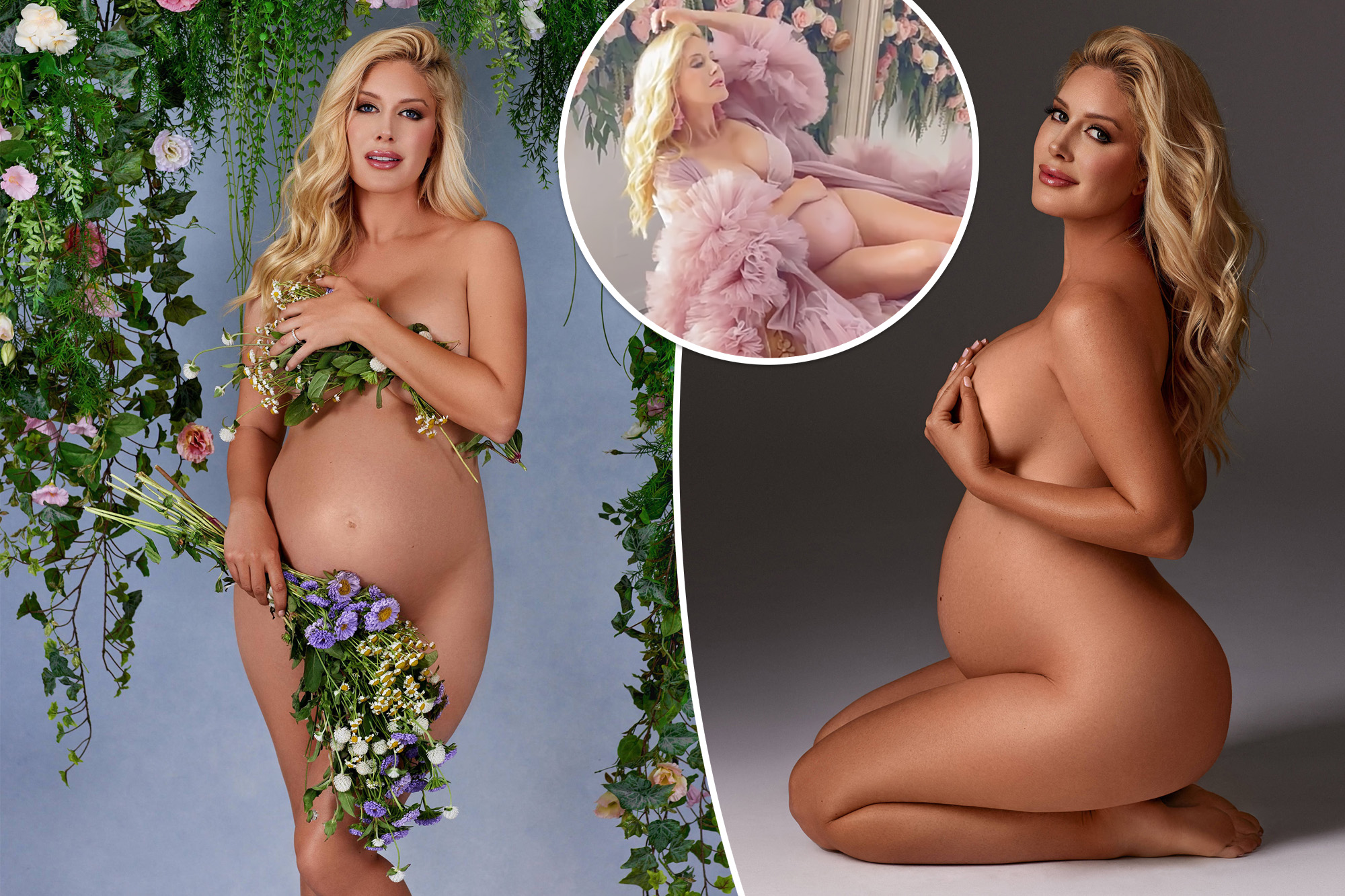 Talk about a pregnancy glow!

Heidi Montag left little to the imagination for a new maternity photo shoot.

“The Hills” alum – who is expecting her second child with husband Spencer Pratt – looked radiant as she showed off her burgeoning bump in the stunning maternity snaps.

“Thank you @oxanaalexphotography for capturing this moment of time, embracing the beauty and transformation during #pregnancy,” Montag, 35, captioned an Instagram post, which showed her lying on her side in a sea of tulle, surrounded by pastel flowers.

Heidi Montag left little to the imagination, baring it all in a new, nude photo shoot.Oxana Alex/MEGA

The reality TV star donned a lilac bra and underwear as she pouted for the camera and played with her long blond hair.

Other photos from the shoot, obtained by Page Six, feature Montag posing entirely in the nude.

One of the shots captures Montag cupping her breasts with her hands, while another shows her censoring her private areas with a bunch of flowers.

She also posed with bunches of flowers strategically placed around her body.Oxana Alex/MEGA

The “Laguna Beach” alum, who welcomed son Gunner with Pratt, 39, in 2017, has been outspoken about her fertility struggles.

Her second pregnancy was a long time in the making as she underwent a surgical procedure in August 2021 to increase the couple’s chances of conceiving again.

The couple revealed their efforts paid off earlier this year when Montag told fans that she was expecting a second child with Pratt, with whom she’s been married to for 14 years.

“I just felt like something was missing,” the “Body Language” singer wrote in an Instagram post at the time. “I felt like a person was missing in our family that I had this intense love for.”

Montag noted that she started “hysterically crying” when she saw the word “pregnant” on her test.

Montag will welcome her second child later this year.

“Gunner asked me why I was crying and I told him I was so happy because he is going to be a big brother!” the MTV star said.

“To say we are all thrilled is an understatement.  I am so thankful! We are so excited for the journey ahead.”