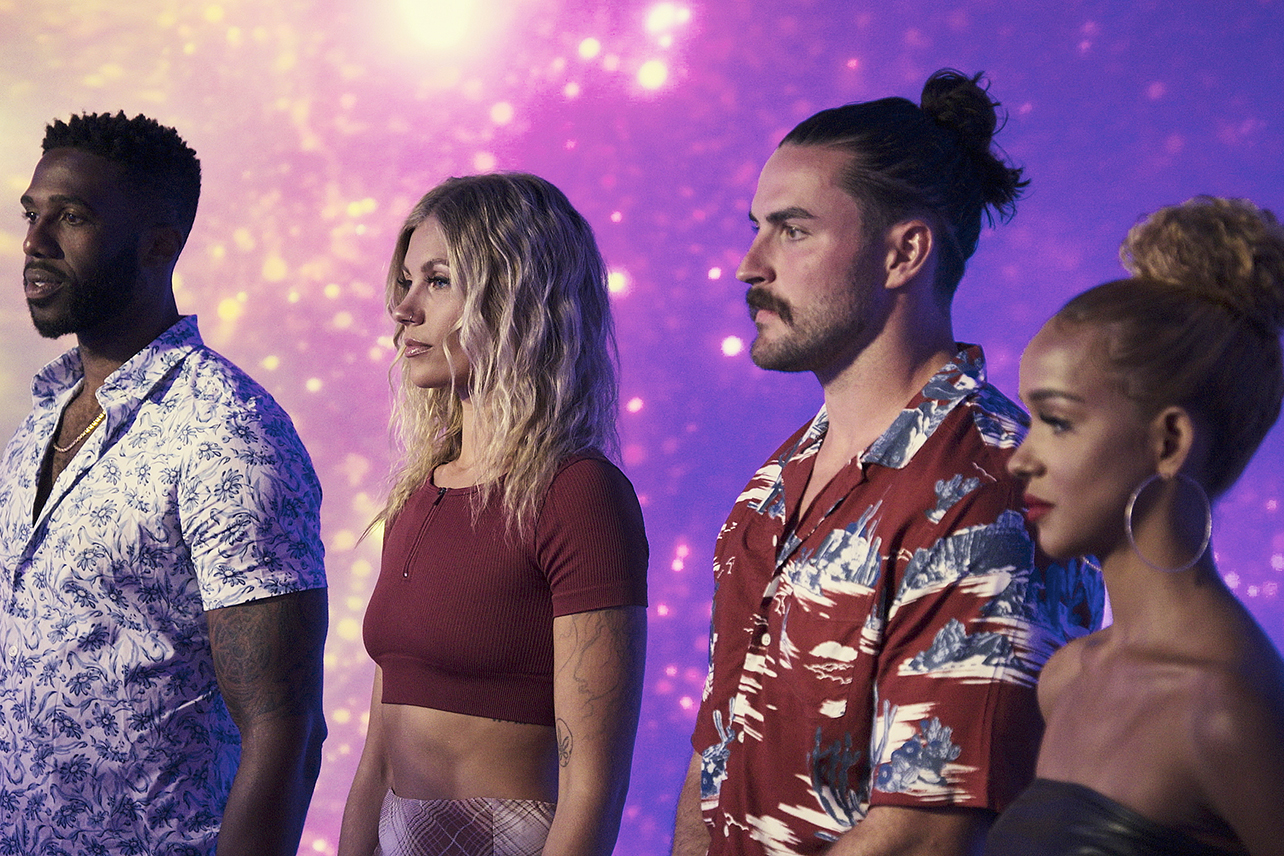 The entirety of Cosmic Love is now out on Prime Video and y’all, it’s the wildest reality TV dating show ride since Shake boasted that he had reservations at Nobu after being left at the altar. If there’s a Love Is Blind-sized hole in your life, let Cosmic Love into your heart.

The show’s premise is so simple, it’s shocking that more reality shows haven’t been built around it: it’s all astrology, baby! Cancers go with Virgos and Fire signs need Water types. Bust out those birth charts, discover your rising sign and moon tides, embrace your inner element, and let all of that guide you to the love of your life. If it’s not clear, I know nothing about astrology (and I also don’t believe in it at all). But astrology is obviously something a lot of people devote a lot of time and energy to, and Cosmic Love puts all of it into a blender with some bonkers reality show tropes to create a highly addictive cocktail.

It’s a complex cocktail, too. After all, we live in a post-Love Is Blind world and if your reality romance show ain’t high concept then audiences ain’t interested. So Cosmic Love isn’t just a show where singles are matched up based on their signs and then go on a date to see if any feelings spark between them. No, the show follows four singles — each one a representative of Fire, Earth, Water, and Air signs — as they try to find love amongst 16 other eligible hotties.

It gets more complicated than that. There are actually only four perfect matches for each of the four Elements (that’s what the quartet of lead singles are called… I’m serious). To complicate matters further, the Elements don’t know which four of the 16 are their matches! The matches are revealed one by one by — brace yourselves — The Astro Chamber.

Within the mythology of the show, because dating shows have to have a mythology nowadays, the Astro Chamber is a being (and a room) who knows all and sees all, at least astrologically. They know all of the singles’ faults and they know the areas that each Element must work on. Bathed in the kind of light show you normally see at a Spencer’s Gifts in the lava lamp and electric ball aisle, the Elements are told by the Astro Chamber which person is a perfect match for them and why. Sometimes that means they are suddenly paired with a single they’ve never talked to before. Sometimes it means that they may be wasting their time dating a non-match. Sometimes it’s wish fulfillment and the Elements are already snuggling up to one of their matches. It’s unpredictable chaos every time.

Oh — and at the end of all of this, there are engagements and weddings planned for the couples. The Astro Chamber is not messing around.

The show takes a normal premise and blasts it out of this world with supernatural trappings (the Elements find out who their matches are in the Celestial Sanctuary — what is this, Guardians of the Galaxy?) and a host of rules that human beings are hardwired to completely ignore. Take Connor, one of the Elements; as a Gemini, he’s described as indecisive and shy. Those are two traits that you generally don’t want in the lead of a dating show. Watching Connor try to deal with all of the reality show hurdles set up by the Astro Chamber is painful (but the good kind of painful that makes you hit “next episode” until suddenly the sun’s gone).

Fortunately there are other couples on the show — and, surprise surprise, there isn’t always an Element in the mix! Who woulda thunk that if you put a total of 20 sexy singles in a palatial estate with alcohol and horny energy on tap that they’d all respect the rather arbitrary rules of the game? When people start pairing off on their own, the Elements react like royalty unnerved by a peasant’s revolt. As one Element says, “I’m kind of pissed that Caleb isn’t taking this seriously. We all came in here wanting to be guided by the stars and it feels like Caleb is just playing by his own rules.”

We all came in here wanting to be guided by the stars. Cosmic Love is a gift.

The entire show hits Love Is Blind levels of captivating and maddening, especially if you’re a non-believer. For me, it just sounds like the Astro Chamber is inventing more and more complicated astrological designations to determine why, like, a Leo and a Taurus don’t match in this case but do match in another case. You’ll be screaming at the screen as people decide to stop pursuing a clear romantic attraction based entirely on their sign. It’s fantastic.

Even though I don’t believe in astrology, there is one bit of cosmic matchmaking that I can get behind. When it comes to Cosmic Love and viewers who love chaotic dating shows, it’s a match that was written in the stars.

Salman Rushdie Off Ventilator, able to speak after knife attack
it's my real I'd so please don't support the fake account's ...