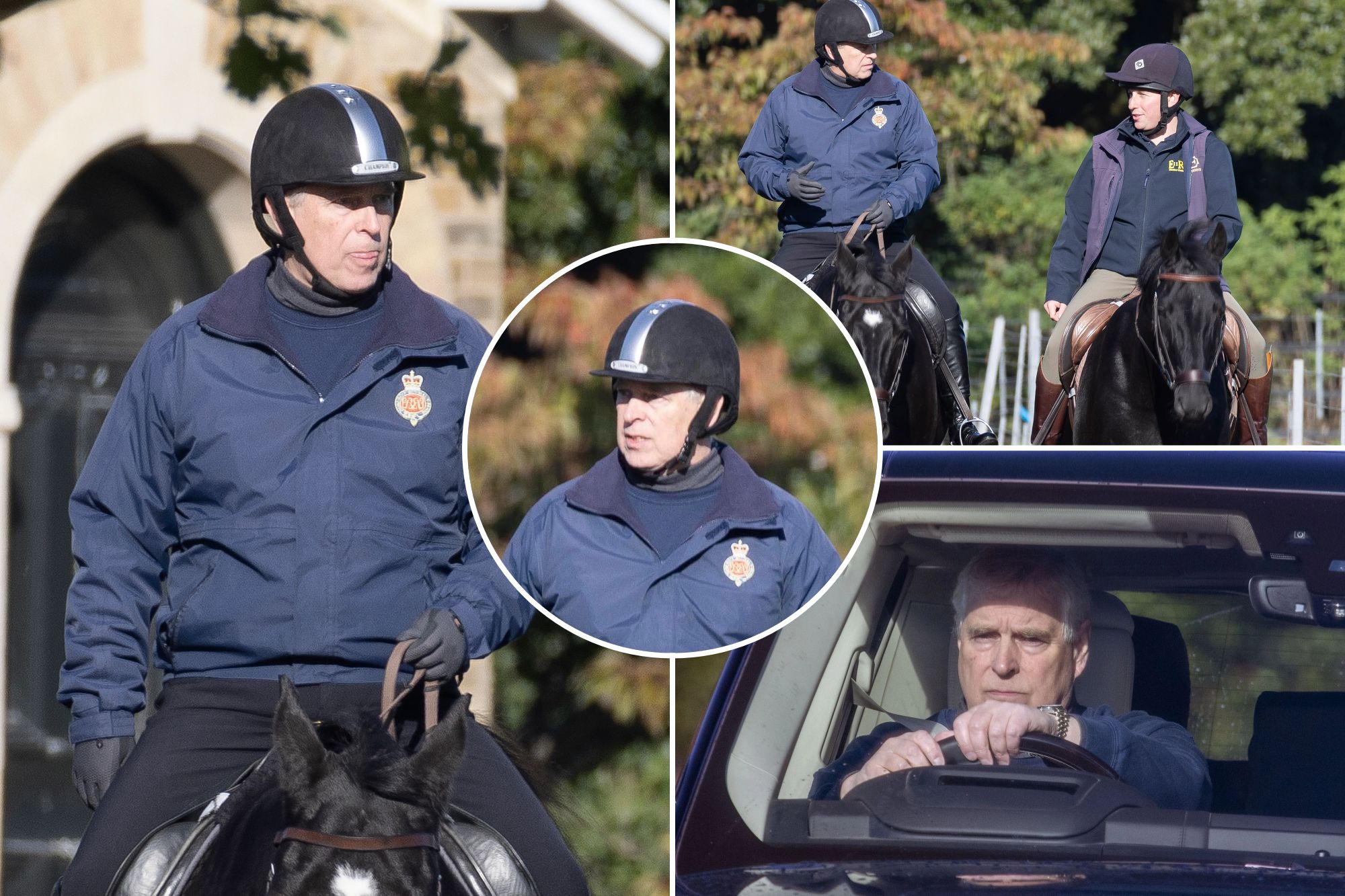 Equine therapy isn’t doing much for Prince Andrew, who was snapped looking joyless as he took a horse ride earlier this week.

The disgraced royal wore a navy coat, gray turtleneck, a helmet and a comically large frown as he trotted around Royal Lodge Saturday, where he lives with ex-Sarah Ferguson.

About six weeks after the Sept. 8 death of his mother, Queen Elizabeth, Andrew has become a “virtual recluse,” according to a report.

The prince has reportedly become a recluse.

“I ended up quitting the show. I was so much…

A miserable-looking Prince Andrew in a car at the Royal Lodge. BACKGRID

The 62-year-old’s rare afternoon outing came about a week after his one-time pal — convicted Jeffrey Epstein madam Ghislaine Maxwell — gave a series of jailhouse interviews, including one in which she said she feels “so bad” for her “dear friend” Prince Andrew.

Maxwell decried the fact that famous friends have been hurt and “canceled” through their association with her and her late pedophile pal Epstein.

“I accept that this friendship could not survive my conviction,” Maxwell said. “He is paying such a price for the association with Jeffrey Epstein. I consider him a dear friend. I care about him, and I feel so bad for him.”

Halloween was a day for young women to predict their future husbands. One tradition was to peel an apple in a long continuous strip, swing it over her head three times while reciting a phrase before throwing it over her shoulder. The letter the peel formed on the ground was her soulmate's initial.
‘The Great British Baking Show’ Tent Dissolves into Hysterics Over Paul’s “Nuts Sort Of Hanging Out”