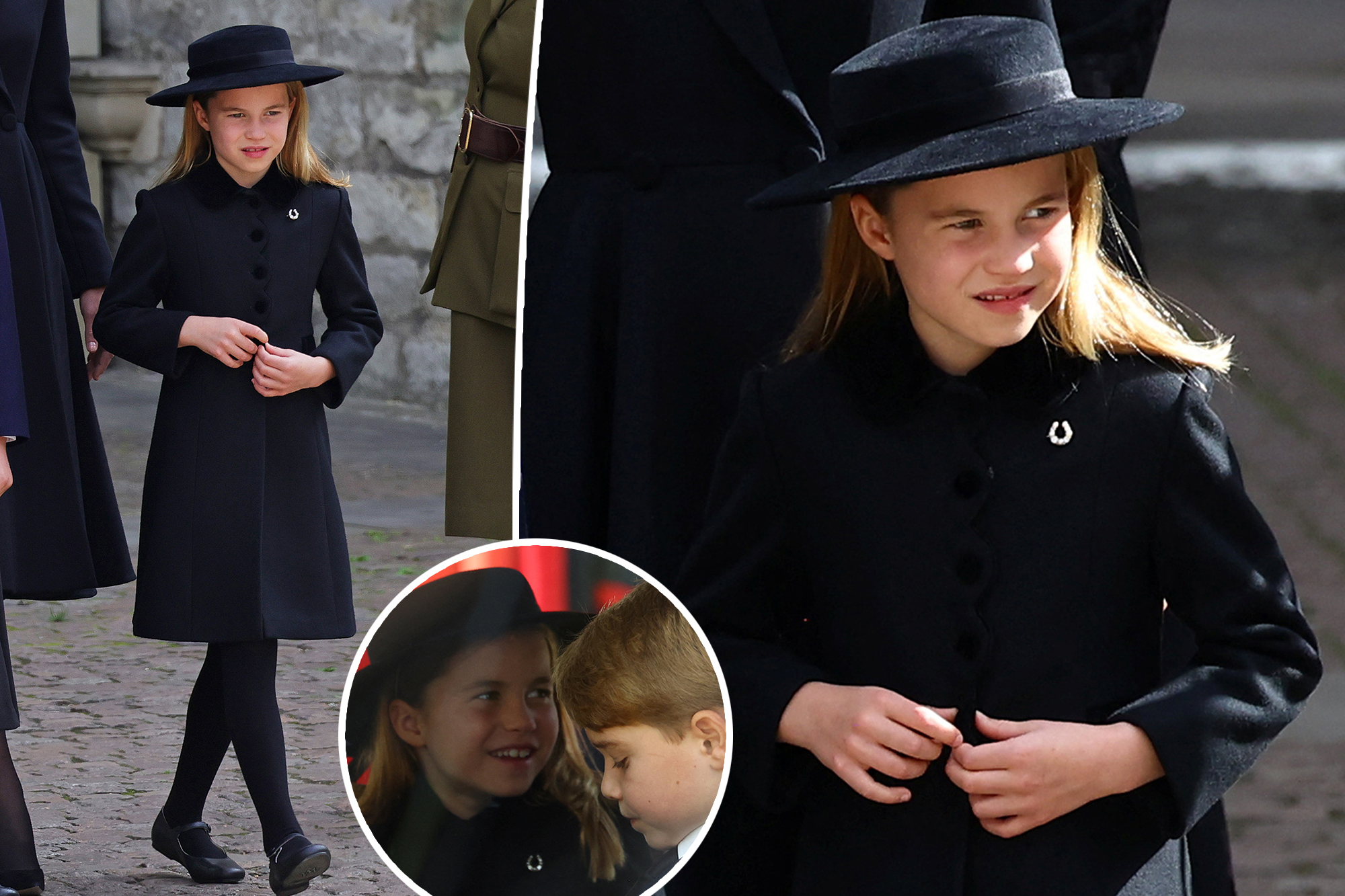 The 7-year-old royal — who is said to share the late monarch’s love of horses — sported a diamond brooch in the shape of a horseshoe that was a gift from Queen Elizabeth, according to People.

The late monarch, who died on September 8 at the age of 96, was famous for her love of horses and rode well into her 90s.

It was a glimpse into the future of the young princess’ style and was the first time we’ve seen Charlotte wear a brooch or a significant piece of jewelry.

Princess Charlotte, who joined her brother Prince George for the funeral service, looked grown-up in an elegant black boater by Jane Taylor topped with a bow at the back.

Charlotte walked down the aisle of Westminster Abbey with her parents, Prince William and Kate Middleton, who were recently given the titles of Prince and Princess of Wales following Queen Elizabeth’s death.

While the young royal chose a diamond brooch to honor the late sovereign, her mother chose Queen Elizabeth’s pearls and a black Alexander McQueen coat dress for the occasion — a black version of the same coat she wore for the Platinum Jubilee this summer — along with a dramatic black veiled hat.

Following today’s state funeral at Westminster Abbey, Princess Charlotte will attend the committal ceremony at St. George’s Chapel in Windsor, where Queen Elizabeth will be buried alongside her parents, King George VI and the Queen Mother, her sister Princess Margaret and husband Prince Philip.

Princess Charlotte and Prince George rode with the Princess of Wales and Queen Consort during today’s events.REUTERS

Don’t be impatient in the drive through! ...
UK news channel plays 'Emoji Movie' during Queen's funeral