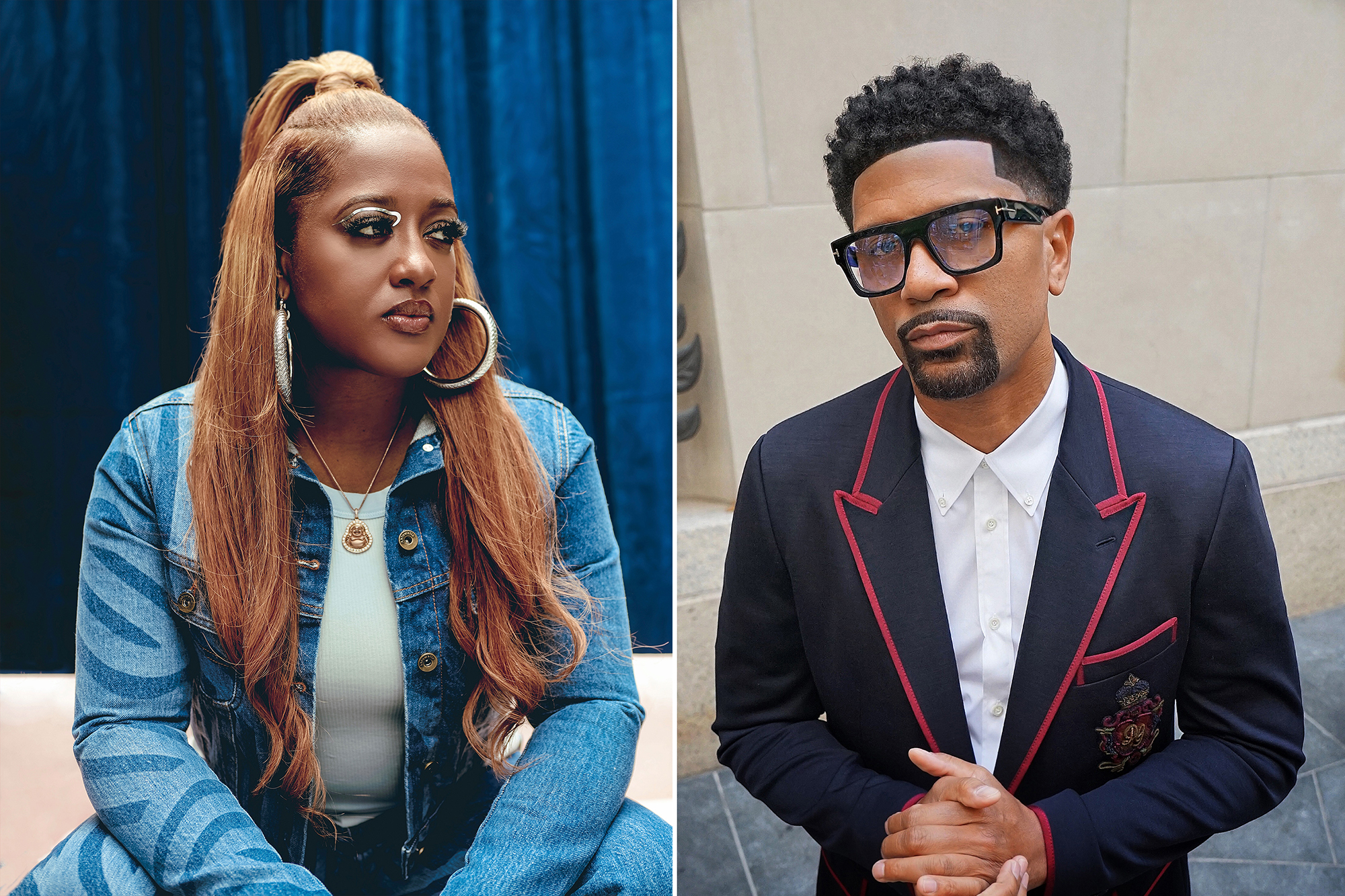 Marlanna Evans grew up in a small North Carolina town with a population of about 2,000 people.

“Everybody knows everybody,” she told me on “Renaissance Man” of Snow Hill, North Carolina. “Two-parent home. I was one of five kids, a whole bunch of cousins running around barefooted, you know, going in the woods and fishing. And I was a tomboy. I loved basketball. I loved hip-hop.”

But Rapsody, Marlanna’s alter ego, is now officially Hollywood. The Grammy-nominated rapper, emcee and storyteller worked on the coming of age film “On the Come Up,” which was based on the Angie Thomas book of the same name. The film tells the story of Bri, a teen rapper trying to conquer the world of underground rap battles. Rapsody wrote music for the Sanaa Lathan-directed movie and also coached its young star Jamila C. Gray, who plays Bri. Fittingly, Rapsody was one of Thomas’ original inspirations for the book.

“So to work on it is a real full-circle moment. But I related to her story so much because I saw myself in her. And I think a lot of artists will,” the 39-year-old said.

It’s quite a come up for this country girl, who got hooked on hip-hop after hearing MC Lyte’s “Poor Georgie,” which dropped in 1991. But she didn’t take a stab at rapping until she attended NC State.

“We didn’t really have exposure to the arts in our way or we didn’t know anybody … That was foreign to me,” she said. “So, you know, it wasn’t anything I saw as attainable. So it really was just a dream. Everybody thought I was going to go to college and play basketball and do whatever it was after that. But once I got to college and then got into [rap], I kept it a secret.”

But secrets rarely remain under wraps, especially within families.

“I had a younger cousin and he was at my mom’s house and he was listening to one of my
songs. [My mother] said, ‘What you listening to?’ He was like, ‘Marlanna.’ She was shocked,” Rapsody said of her mother, who then threw her support behind her daughter.

After college, Rapsody really tried to make it in the rap game and was so poor, she was splitting McDonald’s meals with her friends. None of that impressed her sister, who kicked her out because she didn’t have a real job, so she slept in the studio at times. Producer 9th Wonder gave her a shot and featured her on his second album. She was officially in the game and plugging away, “annoying” everyone on Twitter, spamming users like a bot, with her work.

“I look back and I was like, I know people hated us … That was so corny,” she said of her early social media strategy.

She has since been signed to Roc Nation and has collaborated with the industry’s top names, including Kendrick Lamar and the late Mac Miller, to name a few. And she has earned some impressive endorsements. Dr. Dre told her she was his favorite female rapper.

Rapsody wrote music for the Sanaa Lathan-directed movie “On the Come Up.”Getty Images for BET

Dre was far from her only male admirer in the industry. In fact, she said her biggest supporters were dudes, including Mac, Kendrick, Big Chris, 9th Wonder and Ab-Soul.

“Men were very, very supportive. A majority of my fan base were men,” she said, adding that Lauryn Hill and Erykah Badu were also influences.

But Rapsody — who is a purist and doesn’t fit the mold of today’s female rappers like Nicki Minaj, Cardi B or Megan Thee Stallion who ooze sexuality — did find a degree of prejudice in the industry.

“When it came to the business of music, it was hard to be respected as a woman who rapped like I rapped,” she said. “In a time where sex was selling. And there’s nothing wrong with that. I love women that love their body. But that was the only narrative that was being pushed.

“So it was like, making a space for me, allowing people to respect me for who I was and not just throw me into a bunch of lists with other women,” she said, adding that she wanted to be referred to as an artist, not just relegated to the female category.

Rapsody has had to fight hard to go “against the trends of what this business was. And the narratives that it was pushing.”

To borrow from Mr. Sinatra, she did it her way. And it sure is working.

Detroit native Jalen Rose is a member of the University of Michigan’s iconoclastic Fab Five, who shook up the college hoops world in the early ’90s. He played 13 seasons in the NBA, before transitioning into a media personality. Rose is currently an analyst for “NBA Countdown” and “Get Up,” and co-host of “Jalen & Jacoby.” He executive produced “The Fab Five” for ESPN’s “30 for 30” series, is the author of the best-selling book, “Got To Give the People What They Want,” a fashion tastemaker, and co-founded the Jalen Rose Leadership Academy, a public charter school in his hometown.