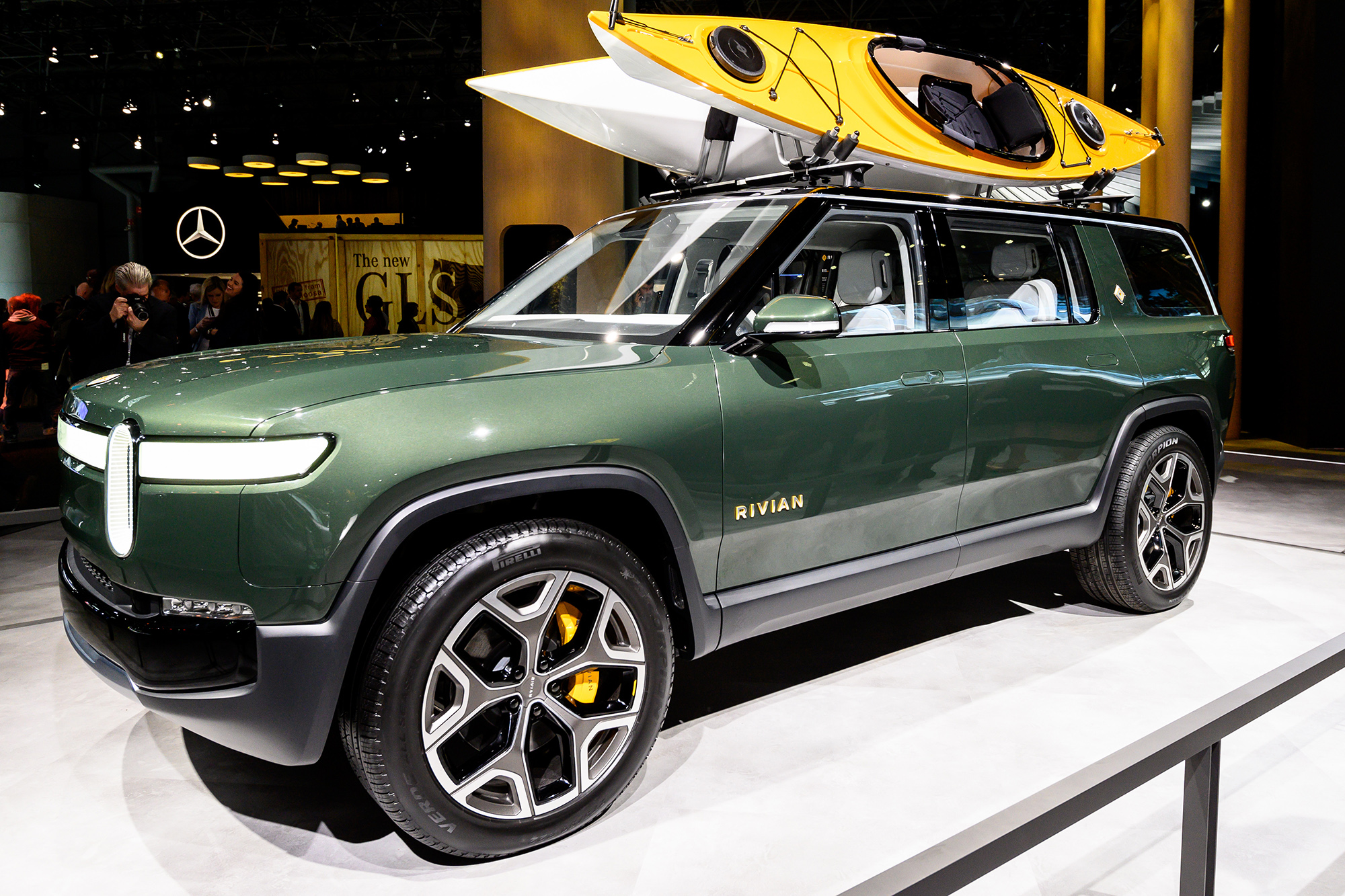 Shares of Rivian briefly fell below their IPO price on Thursday in a broader selloff among electric vehicle (EV) makers as the race for market share intensifies with legacy companies ramping up EV production.

Other EV makers Tesla, Lucid and Fisker also lost ground, with valuation of the high-flying tech sector coming under pressure against the backdrop of the Federal Reserve’s hawkish signals.

The slide in Rivian shares comes a day after one of its biggest investors, Amazon, teamed up with carmaker Stellantis.

They will develop cars and trucks with Amazon software and deploy electric vans made by Stellantis on Amazon’s delivery network.

“Amazon has invested a lot of money in Rivian… That was a key factor for a lot of people in demonstrating this is a viable company that has a product that maybe relatively unique in the marketplace,”Sam Abuelsamid, Guidehouse Insights analyst said.

Rivian shares dropped as high as 16.5%, falling below $78 for first time since their debut on the market. Getty Images

Rivian and Amazon had signed a contract in 2019 to build 100,000 electric delivery vans for the e-commerce giant by 2025. But now the electric commercial vehicle business, a vital market for Rivian, is flooded with more options.

General Motors’ electric commercial vehicle business, BrightDrop, has signed deals with Walmart and FedEx, while Ford is expected to deliver its E-Transit cargo van to customers this year.

Rivian is being pressured by Ford and other legacy automakers who have increased production of electric vehicles like the Ford F-150 Lightning.

Deutsche Bank analyst Emmanuel Rosner said the fall in Rivian shares indicates that investors perhaps assumed Amazon would primarily rely on Rivian vans for its EV fleet and perceived the latest announcement as reducing its opportunity.

Meanwhile, General Motors announced the launch of its electric Chevrolet Silverado pickup and Ford is ramping up production of F-150 Lightning, both pick-up trucks that would compete with Rivian’s R1T, at a time it is struggling to stick to delivery dates due to supply chip constraints.

Rivian, headed by RJ Scaringe as CEO, is confronted with an electric commercial vehicle marketplace that is flooded. Getty Images for Rivian

“Investors are probably getting a little spooked by the legacy industry making a comeback,”Abuelsamid stated.

Rivian has no sales but is expected to start delivering cars to customers in the coming year. The company has already invested $5 billion in Georgia’s second plant. Production is expected to begin in 2024.

“It’s still sort of unproven in terms of investability of that as a stock versus some of the other names like Tesla and arguably Ford,”David Keller, StockCharts.com’s chief market strategist, said the following:

When you find a good book ...
Atlanta home where Bobbi Kristina Brown OD’d sells for $715K