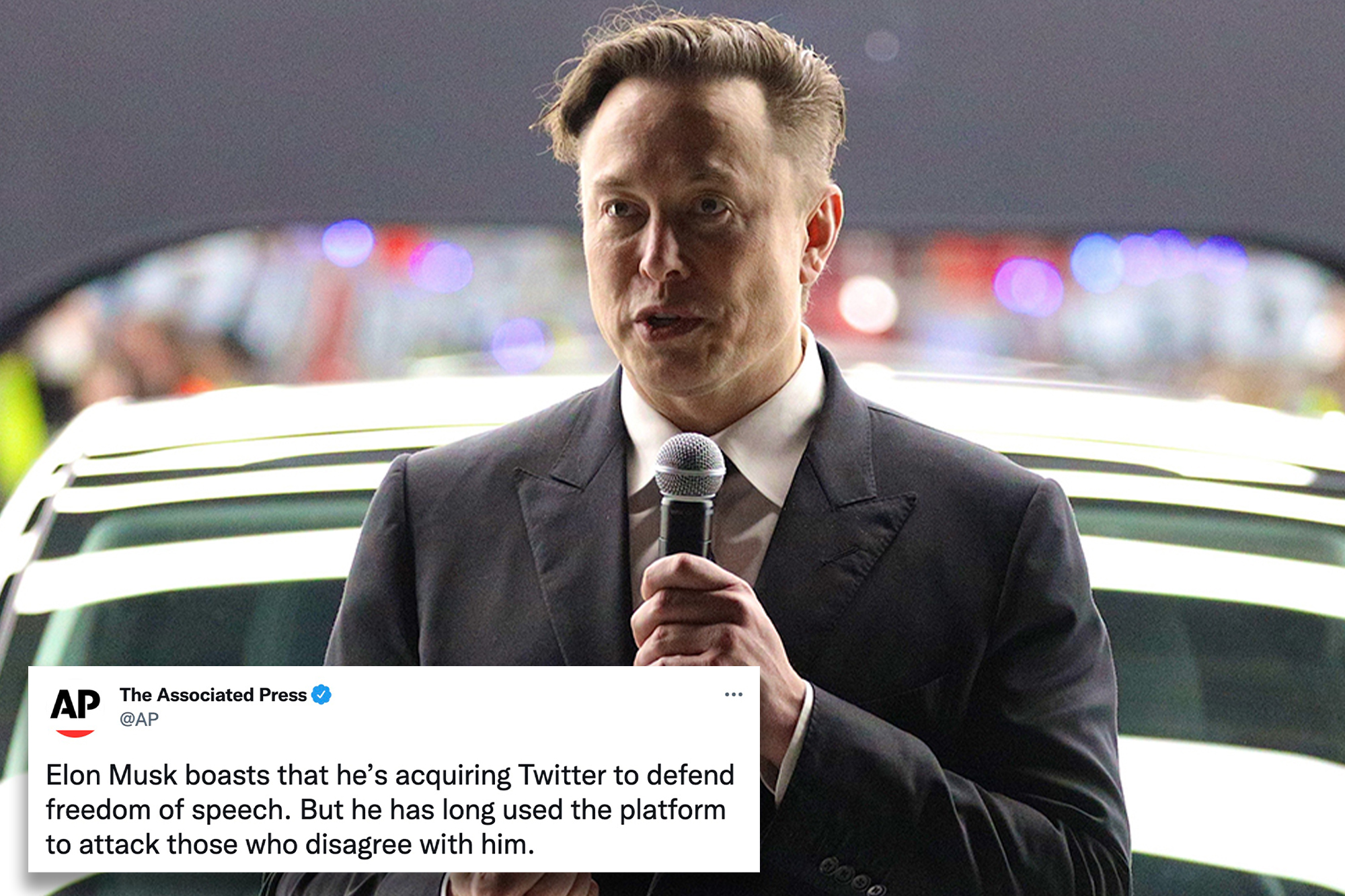 The Associated Press is being roasted on Twitter after a post linking to a story about Elon Musk noted that he has used the site to target critics despite invoking “free speech” as a key reason for acquiring the social media giant.

“Elon Musk boasts that he’s acquiring Twitter to defend freedom of speech,” the wrote in its tweet.

“But he has long used the platform to attack those who disagree with him.”

Reactions to the tweet by were furious and scathing, with critics pointing out that speaking up and arguing with opponents is fundamental to the First Amendment. Glenn Greenwald, the Pulitzer Prize-winning journalist who now writes for Substack, wrote: “This is f–king hilarious.”

He then followed up with a post in which he wrote: “Elon Musk *claims* to be in free speech, yet argues with those who disagree with and attack him. Checkmate!”

Christina Pushaw, a spokesperson for Florida Gov. Ron DeSantis, tweeted, “Shorter version: is not familiar with the concept of ‘free speech’.”

The was accused of failing to grasp the concept of free speech by noting that Musk “criticized those who disagree with him.”Twitter/@

Twitter user Buzz Patterson urged to refer to the dictionary definition of freedom of speech.

Another Twitter user, Steve Ramsey, wrote: “I don’t get the use of the word ‘but’ in your headline. That is free speech, the ability to disagree. Now if he starts blocking people you have a point. But this headline is just silly IMO.”

Hey, @, do you guys own a dictionary?

“Although it’s difficult to imagine, this tweet actually made sense to someone at ,” tweeted Jeff Carlson.

Musk, whose $44 billion buyout of Twitter was accepted by the company’s board of directors last month, has pledged to loosen some of the company’s content moderation policies in order to allow for freer expression.

The Tesla chief said earlier this week that he would move to reinstate President Donald Trump, who was kicked off Twitter after he was accused of fomenting violence during the events at the US Capitol on Jan. 6, 2021.

“Permanent bans should be extremely rare and really reserved for accounts that are bots, or scam, spam accounts … I do think it was not correct to ban Donald Trump,” Musk said.

“I think that was a mistake, because it alienated a large part of the country and did not ultimately result in Donald Trump not having a voice.”

Liberals are fearful that Musk owning Twitter would lead to an increase in “hate speech” online.

The tweet by the was “ratioed” — which means that the ratio of comments to likes and retweets was lopsided in favor of the former.

A tweet that is “ratioed” usually elicits widespread scorn as Twitter users express their unfavorable opinions of it. A social media user who gets “ratioed” is often considered an outcast or outside of the mainstream.