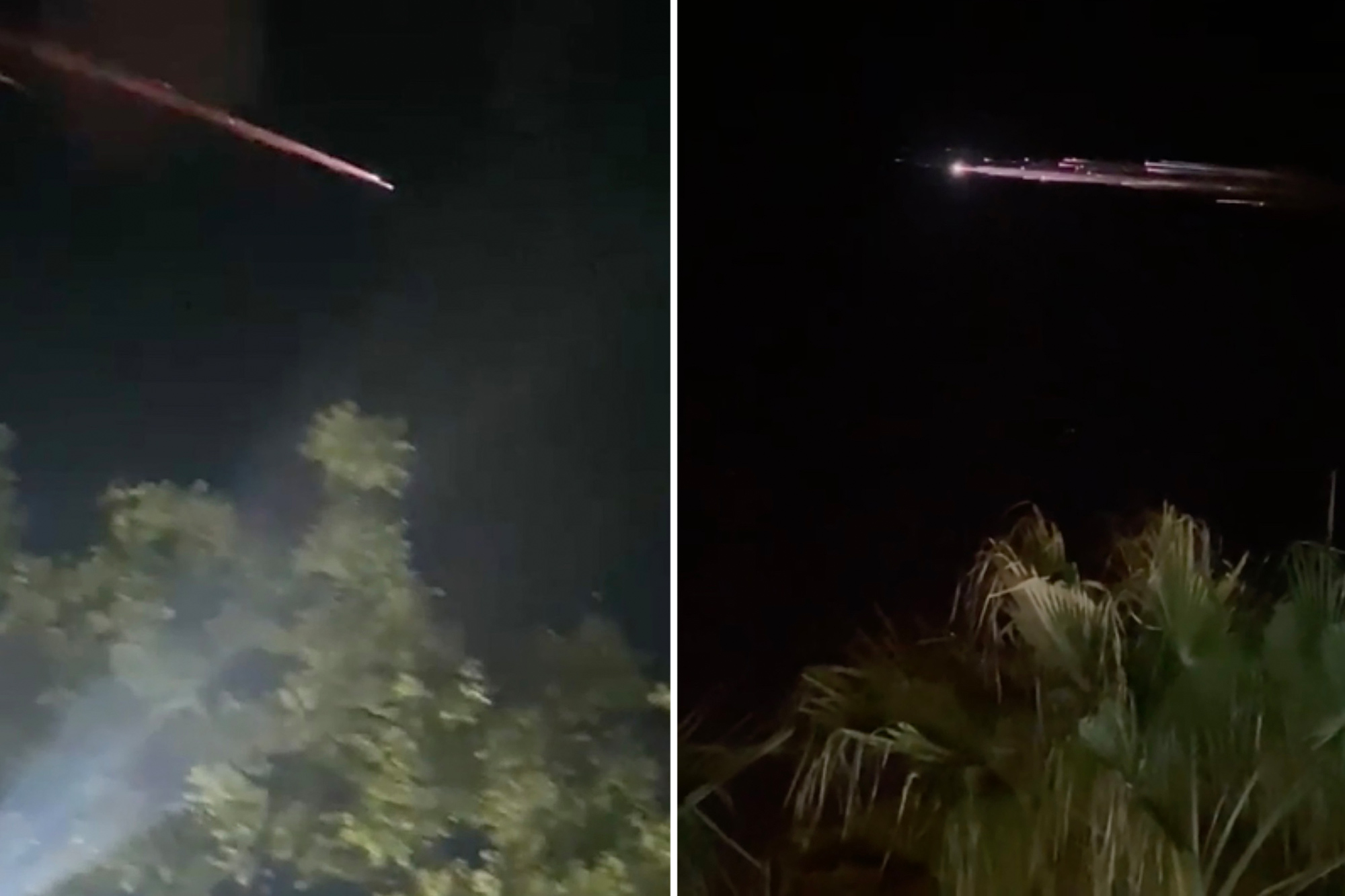 Wreckage from a rocket ship came crashing down to Earth this week, giving observers on the ground a shock.

Parts of the rocket were recovered in western India.

A video posted to Reddit shows the debris cutting across the sky.

The Redditor claims that his video is first hand and that they are in the city where the explosion was visible.

Another Reddit user referred the original poster to an expert who posted some answers about the space debris on Twitter.

Jonathan McDowell, an astronomer at the Center for Astrophysics tweeted “I believe this is the reentry of a Chinese rocket stage…it was expected to reenter in the next hour or so and the track is a good match.”

One piece of debris weighed over 90 pounds – fortunately, there were no casualties.

Countries are accusing each other of space pollution and creating a situation where a collision is likely – and India’s space program ran a sloppy missile test that would be the cosmic equivalent of littering.

But it’s Elon Musk’s Starlink satellites that cause most close calls in space.

NASA and the United States Space Force have a network of sensors scanning the sky and keeping tabs on all 27,000 pieces of space debris in Earth’s orbit.

Objects in Earth’s orbit travel at over 17,000 miles per hour – fast enough that even if a small piece collided with a satellite or space ship it could do serious damage.

Scientists have considered the threat that space trash poses to life on Earth and to our dreams of traveling space.

The Kessler Syndrome is a theory that Earth’s orbit will become so crowded that debris will just keep colliding, creating an increasingly hard-to-manage field of space trash around our planet.

The incident in India also brings up an interesting ethical question about space trash accountability.

The US Space Force estimates there are approximately 27,000 active pieces of space trash.@VdCyberPunk2077 / Reddit

Is outer space subject to the laws written on Earth? Time will tell as space becomes more frequently visited.

This story originally appeared on The Sun and has been reproduced here with permission.

Celebs who got hitched in Vegas — and whether marriage lasted
Should Eddie Redmayne's London 'Cabaret' come to Broadway?