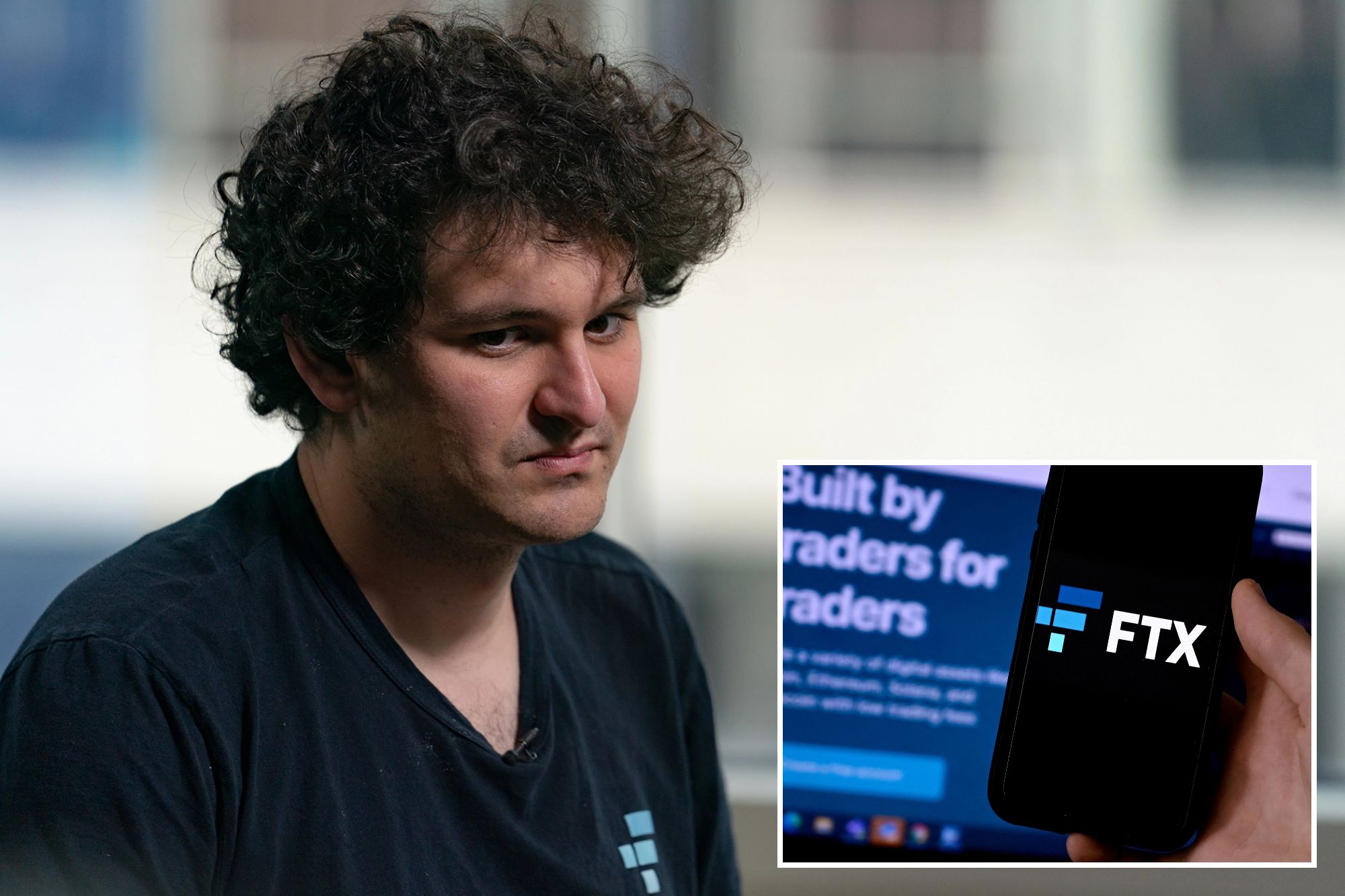 Disgraced FTX founder Sam Bankman-Fried told former employees he is “deeply sorry” about the implosion of his crypto exchange — but continued to point the finger at the company’s bankruptcy filing, insisting that he could have saved the platform if given enough time.

“I feel deeply sorry about what happened. I regret what happened to all of you,” Bankman-Fried — who reportedly purchased hundreds of millions of dollars worth of pricey real estate in the Bahamas, even as he claimed to champion “effective altruism” — told his employees in the letter.

“I didn’t mean for any of this to happen, and I would give anything to be able to go back and do things over again,” the 30-year-old Bankman-Fried wrote. “You were my family. I’ve lost that, and our old home is an empty warehouse of monitors.”

“When I turn around, there’s no one left to talk to,” he whined.

The letter was posted on FTX’s internal Slack channel by a staff member. Bankman-Fried resigned as CEO and is no longer employed by the company, according to CoinDesk.

FTX attorneys told a bankruptcy judge in Delaware on Tuesday that “a substantial amount of assets have either been stolen or are missing.”

FTX filed for protection in the US after traders pulled $6 billion from the platform in three days and rival exchange Binance abandoned a rescue deal. The collapse has left an estimated 1 million creditors facing losses totaling billions of dollars.

During the bankruptcy hearing this week, an attorney for FTX told a Delaware court that the company was run by Bankman-Fried as his own “personal fiefdom.”

FTX, led since the bankruptcy filing by new CEO John Ray, also has accused Bankman-Fried of working with Bahamian regulators to “undermine” the US bankruptcy case and shift assets overseas.

The FTX founder, who is said to be under investigation by authorities in the US and his home base of the Bahamas, did not address allegations that customer funds were used by sister firm Alameda Research, run by his ex-girlfriend Caroline Ellison, to make risky bets.

In his letter, Bankman-Fried instead continued to insist that he had a way out of the mess, writing to his employees: “Potential interest in billions of dollars of funding came in roughly eight minutes after I signed the Chapter 11 docs.”

“Between those funds, the billions of dollars of collateral the company still held, and the interest we’d received from other parties, I think that we probably could have returned large value to customers and saved the business.”

“I believe that there are billions of dollars of genuine interest from new investors that could go to making customers whole,” he wrote.

Bankman-Fried wrote in the letter that the plummeting value of cryptocurrencies cut FTX’s collateral in half to around $30 billion. The company’s liabilities were valued at $2 billion.

Bankman-Fried whined, “When I turn around, there’s no one left to talk to.”

When cryptocurrencies failed to recover, collateral fell even further to around $9 billion, according to Bankman-Fried, who lamented the “run on the bank” as account holders sought to withdraw their deposits.

“I did not realize the full extent of the margin position, nor did I realize the magnitude of the risk posed by a hyper-correlated crash,” Bankman-Fried wrote.

The chain of events led FTX to file for bankruptcy protection, he claimed.

Meanwhile, Sequoia Capital, the well-known Silicon Valley-based venture capital firm, apologized to its fund investors after it took a $150 million loss on FTX.

Sequoia partners told investors on a company call that it would improve its due-diligence process on future investments, according to the Wall Street Journal.

The firm told its investors that it believes it was misled by FTX.

FTX is a cryptocurrency exchange that was once worth some $32 billion.AFP

Nathaniel Whittemore, a CoinDesk podcaster who worked as FTX’s head of marketing, said employees of the company were not aware that Bankman-Fried was using customer funds to cover Alameda’s debts.

Whittemore also said employees had no idea their life savings were gone.

“You have to understand just how devastated the average FTX employee was” after FTX failed to get Binance to bail it out, Whittemore said.

“Not only, then, did it seem that they might be out of a job, but they were also potentially facing the total loss of their savings.”

Whittemore’s comments were reported by Insider.