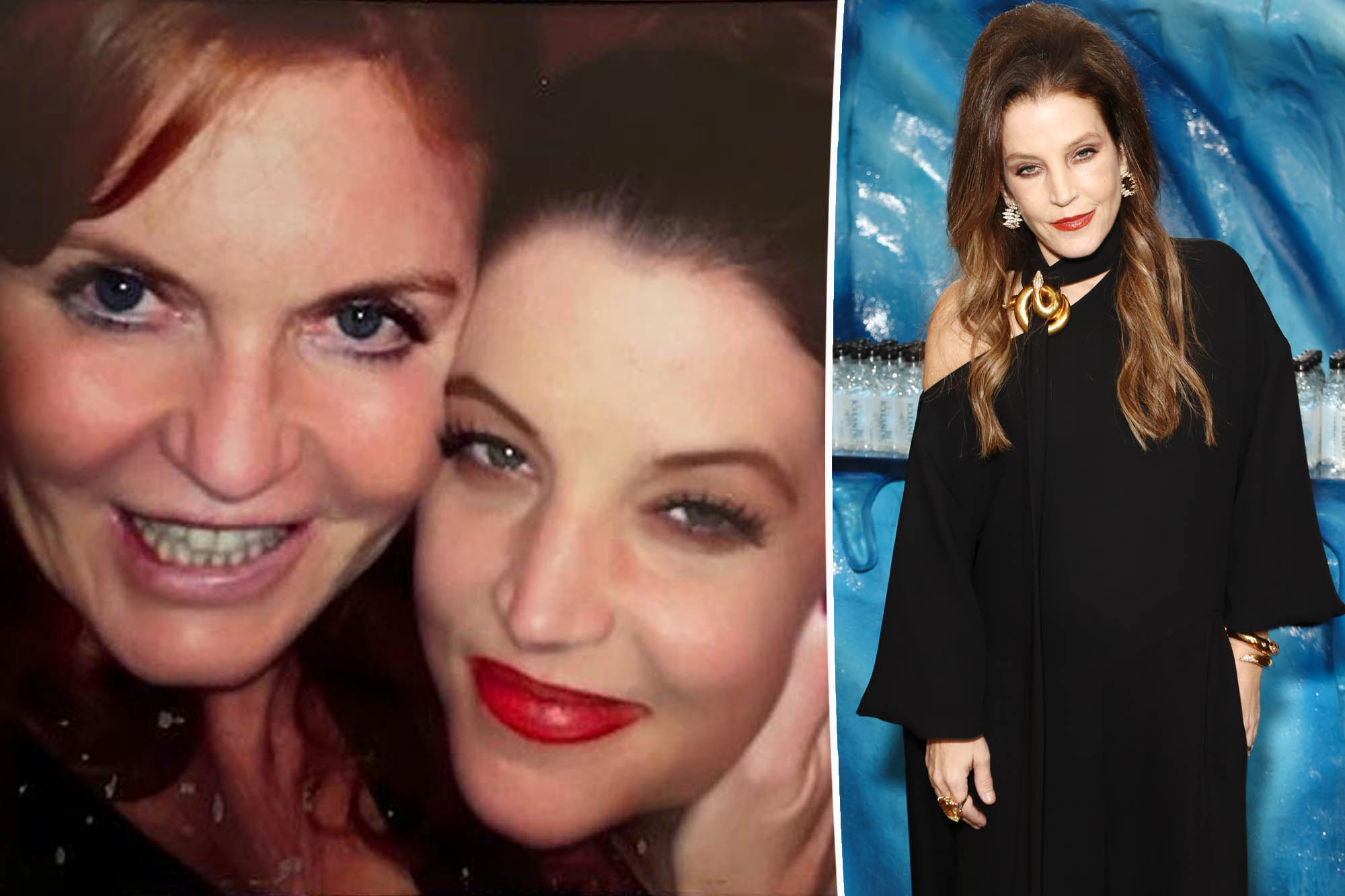 Sarah Ferguson believes that Lisa Marie Presley died of a broken heart following the 2020 suicide of her son Benjamin.

“I think she’s with Ben now,” the royal exclusively told Page Six on Saturday at the Memphis, Tenn., airport, where she had flown in from the UK ahead of Presley’s memorial service at Graceland Sunday.

The Duchess of York added that she was there to provide comfort to Lisa Marie’s daughters, “Mad Max: Fury Road” actress Riley Keogh, 33, and 14-year-old twins, Finley and Harper.

“I think we need to make sure Finley, Riley and Harper are fully supported going forward,” Ferguson told us.

“She was so proud of them, so proud. She used to write to me saying, ‘Yeah, I’m really gushing at how wonderful my children are right now.’”

Ferguson became friends with Presley when the singer lived in the U.K.Instagram/Sarah Ferguson

Prince Andrew’s ex-wife, best known by her nickname Fergie, was a longtime friend of the singer.

As Page Six exclusively reported, the two struck up a friendship when Lisa Marie lived in Sussex, England, with her ex-husband Michael Lockwood.

“They hit it off straight away, they just seemed to understand each other,” a friend told Page Six.

Presley will be laid to rest at Graceland where her son and father are buried.William Farrington/ PageSix.com

“They became quite close and kept in touch when Lisa Marie moved back to the States,” the pal continued. “And she was very supportive of the Duchess when she had tough times.”

After Lisa Marie’s death was announced, Ferguson took to Instagram to mourn her late friend.

Presley was left reeling after her son, Benjamin, died by suicide in 2020.Instagram

“You were my sissy, an amazing mother to Ben, Riley, Harper and Finley and a superbly loving daughter to Priscilla. You have been my devoted friend for many years and I am here for your family to support and love them. I am deeply saddened my sissy, you are in my heart,” she wrote.

Ferguson says she wants to offer support to Presley’s mother, Priscilla, and her three daughters.FilmMagic

Lisa Marie, the only child of rock and roll legend Elvis Presley, died on Jan. 12 at the age of 54 after going into cardiac arrest.

“It is with a heavy heart that I must share the devastating news that my beautiful daughter Lisa Marie has left us,” Priscilla, 77, said in a statement at the time. “She was the most passionate, strong and loving woman I have ever known.”

Lisa Marie will be buried at Graceland alongside her son.

Page Six exclusively reported that his grave was being moved slightly to make room for his mother’s coffin.