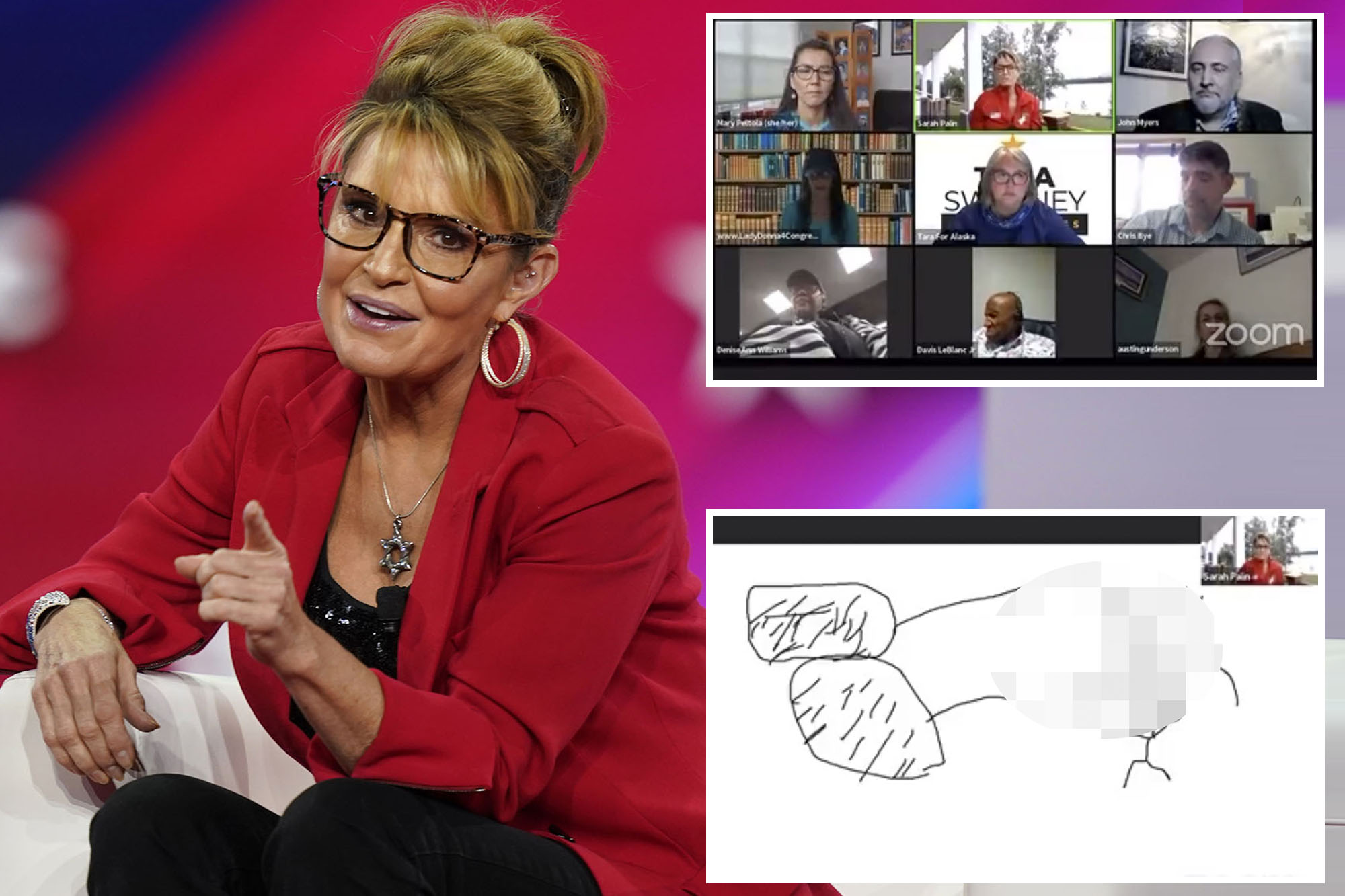 Sarah Palin was giving a speech during a Zoom meeting with local leaders in Alaska when a prankster interrupted her by posting an image of male and female genitalia.

Palin, the former Alaska governor and GOP vice presidential nominee who is currently a candidate for a seat in the House of Representatives, was speaking Thursday during a forum held by the Native Peoples Action, an organization started up by local indigenous groups.

While Palin was talking, the screen was taken over by someone who posted a graphic drawing. The image went viral on Twitter.

“Somebody is messing with this,” Palin said as the drawing appears.

“We’re getting Zoom-bombed,” one of the participants added.

“Well, I don’t want to look at this stuff,” Palin said.

The image of the penis and vagina was then closed down.

Palin was holding a meeting with local Alaskan leaders on Thursday.Twitter / @alaskalandmine

When one of the participants apologized for the prank, Palin said: “It’s not your fault.”

“It’s people who are not respecting the process,” she said.

As Palin kept talking, however, she was interrupted by someone yelling obscenities.

A prankster then posted an image showing a penis and a vagina.Twitter / @alaskalandmine

“Shut the f–k up you nasty b—h,” the person is heard saying.

One of the Zoom participants then identified the prankster as James Anderson, who was removed from the chat.

It was not clear whether Anderson was the one who also posted the graphic photo.

“Zoom-bombing” incidents — in which pranksters interrupt online meetings by posting pornographic or racist material — has surged since the video platform became the preferred method of communication during the pandemic.