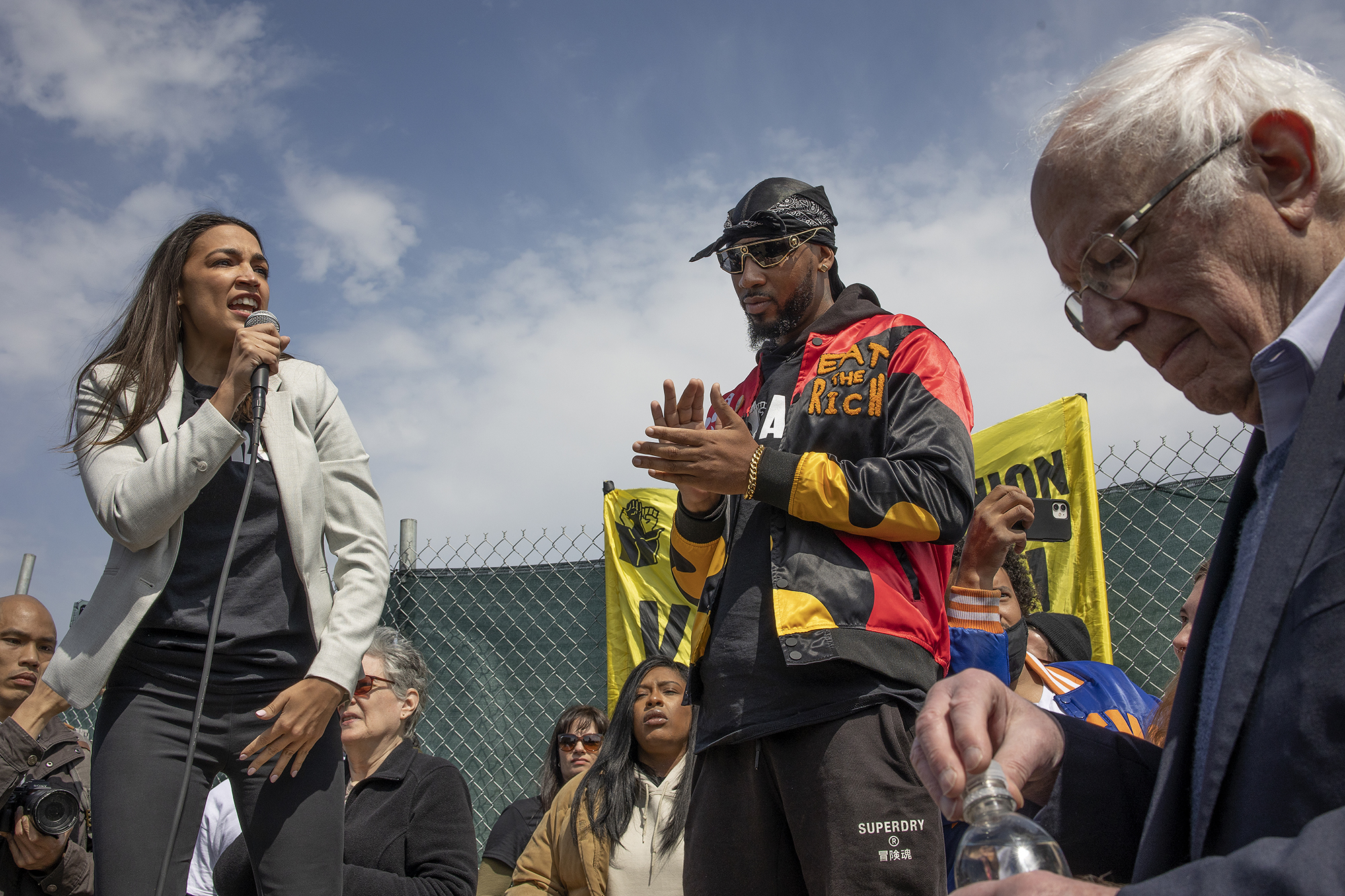 The vote count stood at 380 in favor of unionization and 618 against it, according to a National Labor Relations Board tally. The Staten Island facility, codenamed LDJ5, employs about 1,600 people.

The result is a tough setback for the Amazon Labor Union, an upstart labor group that won a resounding victory at a larger Staten Island Amazon facility in April. That facility’s roughly 8,300 workers are set to be the first unionized Amazon employees in the country — although Amazon has vowed to fight the result of the election through an appeal with the National Labor Relations Board.

The Amazon Labor Union, which is led by ex-employee Chris Smalls, nonetheless vowed to keep organizing.

Amazon is trying to fight off labor organizers. Getty Images

“The organizing will continue at this facility and beyond,” the group wrote on Twitter. “The fight has just begun.”

Also on Monday, the NLRB revealed it would transfer the appeal of the JFK8 vote to a NLRB office in Arizona after Amazon successfully argued that the agency’s Brooklyn office appeared to be biased in favor of the union organizers. In the coming weeks, the Arizona NLRB office will decide whether to certify the Amazon Labor Union’s victory or order a new vote.

Progressives including Sen. Bernie Sanders (I-Vt.) and Rep. Alexandria Ocasio-Cortez (D-NY) had rallied with union activists in Staten Island ahead of the LDJ5 vote, with Sanders accusing the company of creating “horrible working conditions.”

“I say to Jeff Bezos, who owns a $500 million yacht — I say, ‘Jeff, when you’re out on your yacht, I want you to think about the workers,’” Sen. Bernie Sanders (I-Vt.) said ahead of the vote. Corbis

“I say to Jeff Bezos, who owns a $500 million yacht — I say, ‘Jeff, when you’re out on your yacht, I want you to think about the workers,’” Sanders said at an April rally. “They want housing that is affordable. They want to be able to put away a few bucks to send their kids to college.”

The Amazon Labor Union did not immediately respond to a request for further comment.

“We’re glad that our team at LDJ5 were able to have their voices heard,” an Amazon spokesperson said. “We look forward to continuing to work directly together as we strive to make every day better for our employees.”

Meanwhile, the outcome of a separate Amazon union vote in Bessemer, Ala. is hanging in the balance as the NLRB decides how to handle 416 votes have been contested by Amazon and the union spearheading that campaign, the Retail, Wholesale and Department Store Union.