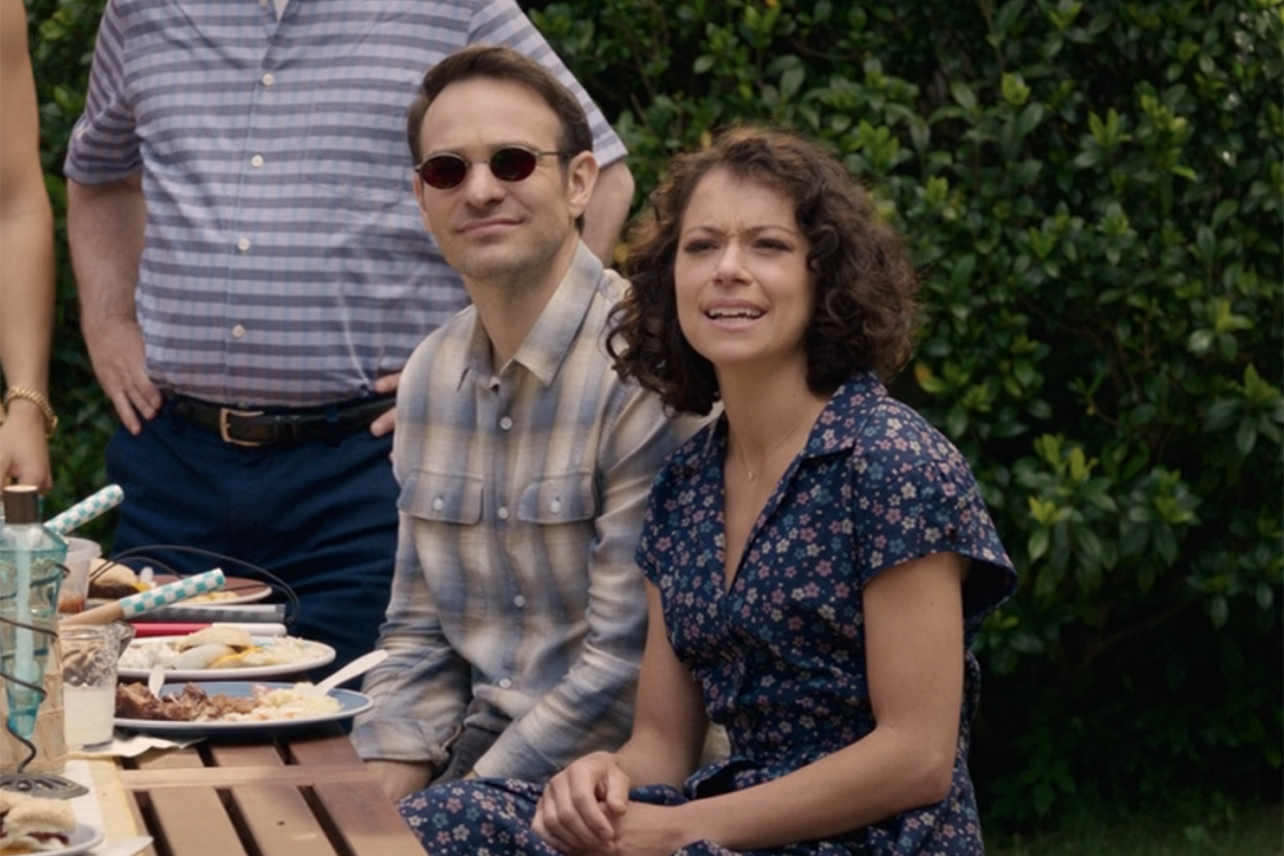 The She-Hulk: Attorney at Law writers knew what was up. They knew that if you get the chance to bring in an A-list guest star like Charlie Cox’s Daredevil, they had to make the most of it. And in this instance, Daredevil dropping in on She-Hulk meant two things: a hallway fight; and a hookup. Seriously.

Let’s talk about that hookup! When asked about Daredevil and She-Hulk’s team-up in the bedroom, head writer Jessica Gao told Decider that the idea was at the top of their to-do list. “Oh, [Daredevil guest-starring and hooking up with Jen] went hand in hand,” said Gao. “When we were told that we could have Daredevil, we were like, ‘Okay, well, we need to figure out how we get them to hook up.’” TV writers: they’re just like us!

It should come as no surprise that series star Tatiana Maslany loved filming her run-in with Matt Murdock. “I love that episode so much,” Maslany told Decider. “Charlie was so great. He’s so great in that character and he’s so willing to shift him and bring them into this very goofy world. He just was so grounded and funny.”

Kat Coiro, who directed Daredevil’s two appearances this season, was so happy to see that Maslany and Cox had chemistry — not that she really doubted they would. “Tatiana has great chemistry with everybody, as does Charlie Cox, I imagine. It was just one of those moments where as soon as they talked to each other, I knew that the episode was going to work.” And Coiro could feel that the “electric chemistry” between the actors would also inform all of their fight scenes — as well as the rooftop scene immediately before their raid on Leapfrog’s lair.

“That was one of those rare scenes where I was dealing with two human beings and I didn’t have to contend with all of the layers of CGI,” said Coiro. “That was a scene that we spent a lot of time on and a scene that, the more they got comfortable with it, the more little moments came out. We also did a lot of different lenses, so as you watch it, you can see them growing closer, literally, by how we shoot them with the camera. And the moment with [Daredevil hearing Jen’s] heartbeat, we do this extreme long lens push-in.”

Daredevil actually brought a bit of a tonal change with his appearance in Episode 7, which is the most straightforward superhero adventure of the entire season. And with Daredevil comes what is now a Daredevil tradition: a hallway fight. “It was scripted as a fight in a hallway, and then my cinematographer [Florian Ballhaus] and I, we watched every Daredevil hallway fight ever [from the Netflix series] and drew our favorite parts and really leaned into the moody lighting, but it still had our She-Hulk flavors and little quips and moments.”

After that, why wouldn’t the show bring back Matt Murdock one more time? Thus Jen’s meta script doctoring in the finale mirrored Jessica Gao’s real thoughts about bringing Matt Murdock back: “It was definitely one of those things where we were like, if we can, why wouldn’t we? If they’re gonna hook up, absolutely, he needs to come back in some capacity whether it’s to help her or meet her family or something — but he’s got to come back.”

And when it comes time for Daredevil: Born Again’s future run on Disney+, let’s hope those writers feel the same way about She-Hulk. These two have a future together, we just know it.